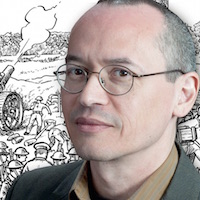 Joe Sacco lives in Portland, Oregon. He is the author of many acclaimed graphic novels, including Palestine, Safe Area Gorazde, But I Like It,Notes from a Defeatist, The Fixer, War's End, and Footnotes in Gaza. 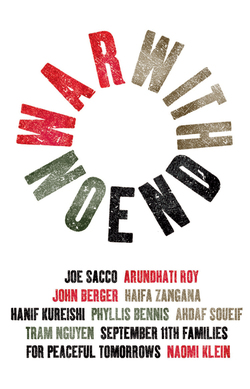 Murder of Naji al-Ali to be Reinvestigated

Naji Salim al-Ali was Palestine’s preeminent political cartoonist. In more than 40,000 cartoons, al-Ali provided sharply critical commentaries on Palestinian and Arab politics. Naji al-Ali was shot by unknown assailants in London on July 22, 1987 and died 5 weeks later. No one was convicted of the murder, but as the BBC reports, the murder is now being reinvestigated.