Frank Bardacke attended the Sidney Hillman Foundation awards ceremony to accept the Hillman Prize in Book Journalism for his epic book Trampling Out the Vintage: Cesar Chavez and the Two Souls of the United Farm Workers. The event was held on May 1, 2012 in New York City and Frank's acceptance speech can be viewed here.

Frank met fellow award winner Tom Morello at the ceremony. The activist, songwriter, and musician was given a special Officers' Award for his commitment to workers' rights. Frank and Tom discussed the history of "This Land is Your Land", which Tom had performed earlier in the evening. 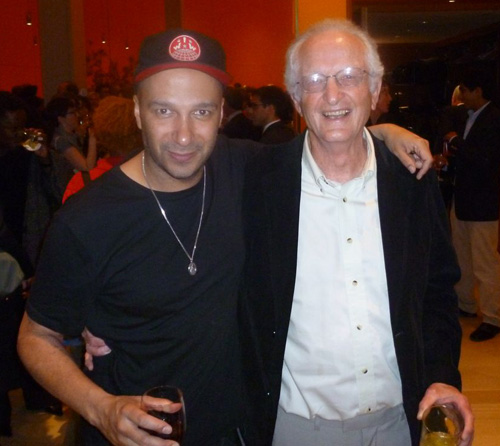 The Sidney Hillman Foundation's Hillman Prizes for Excellence in Reporting in Service of the Common Good are given to journalists whose work identifies important social and economic issues and helps bring about change for the better.