Are you drowning in deluded celebrations of a reactionary political system, a country facing economic collapse and a sporting spectacle sucking funds from our welfare system?

Are you disgusted by pleas for everyone to 'pull together in this time of austerity' when the only thing that isn't being cut is the Queen's flotilla?

After you've torched the street party and hung an effigy of 'our' monarch you may want to read these:

The Enchanted Glass: Britain and Its Monarchy - Tom Nairn
What's wrong with our monarchy? Incredibly this book is only 450 pages long...

Guide to the New Ruins of Great Britain - Owen Hatherley
What Blair did to the country...

A New Kind of Bleak: Journeys Through Urban Britain - Owen Hatherley
... Cameron and Clegg are doing with a vengeance.

The Return of the Public: Power and the Case for Media Reform - Dan Hind
The government, the police and the Murdoch corporation - as corrupt as...

Dispatches from the Dark Side: On Torture and the Death of Justice - Gareth Pierce

Chavs: The Demonization of the Working Class - Owen Jones
Don't let the working class ruin our picture of Britain as all Harrods and cricket.

Barbaric Sport: A Global Plague - Marc Perelman
Speaking of which, find out why the Olympics travesty is beyond another Boris joke.

Britain's Empire: Resistance, Repression and Revolt - Richard Gott
How Britain messed up the rest of the world.

"I do not regret the omission of Britain, whose history since the fall of Thatcher has been of little moment."

Crisis in the Eurozone - Costas Lapavitsas
The hurricane about to hit Britain.

But then - what is to be done?

A People's History of London - Lindsey German and John Rees
Includes an account of one of our more sensible solutions to monarchical rule. Ah, 1649... 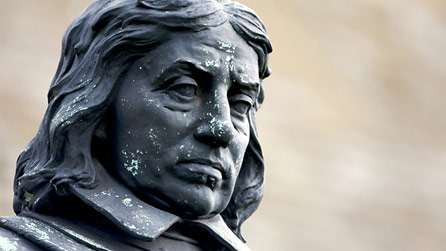 In Defence of the Terror: Liberty or Death in the French Revolution - Sophie Wahnich
... or guillotine? Maybe we should have our much-delayed bourgeois revolution this weekend?

Communist Manifesto - Karl Marx and Frederick Engels
And then of course, the fullest possible...