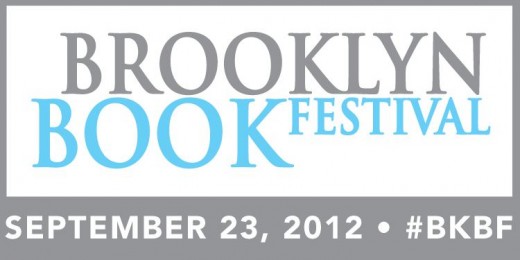 Verso Books authors will appear on panel discussions alongside over 280 distinguished writers and thinkers at this year's Brooklyn Book Festival, the borough's seventh and largest international literary conference to date. Writers and book enthusiasts are expected to stage a veritable take over of Brooklyn, as the festival has expanded to twelve venues from Willamsburg to Gowanus presenting over 140 panels from September 17-23rd.

From David Harvey on American cities in the new economy, to Simon Crithley on the quest for the conversational sublime and Tariq Ali on the global revolution, we sincerely hope you visit our outstanding authors as they discuss and debate some of the most pressing issues of the moment.

If you're around on Sunday for some of these events, we look forward to seeing you at our table, which we'll be staffing between 8 a.m and 6 p.m. We'll keep the booth packed with some of your favorite Verso titles (and editors), along with as some exciting supplementary material from the folks over at Strike Debt, a growing Occupy-affiliated debtor's movement.

We're giving away free copies of Strike Debt's exciting and instructive new pamphlet, The Debt Resistor's Operations Manual, available online on the collective's website. The culmination of a summers worth of research, the Operations Manuel runs through the legal, economic, and social impact of financial obligations from student loans to municipal debt.

Hope to see you there!

Power to the People:
Grassroots Revolution in the Post Hope Era
What's the connection between social change and electoral politics? Does the hope we can truly belive in come from the ground up? And what can we learn from the peoples' revolutions from around the globe? Tariq Ali (The Obama Syndrome), Todd Gitlin (Occupy Nation), and Marina Sitrin (Everyday Revolutions) will discuss the necessity and effectiveness of individual action in the political sphere. Moderated by Laura Flanders (The Nation).

Tales of a Few Cities. While New York and other cities have survived the Great Recession, cities like Camden teeter on the brink of collapse. Which cities will thrive in the new economy? Who (or what) will rescue the places in decline? Chris Hedges (Days of Destruction) analyzes Camden; David Harvey (Rebel Cities) explains the fate of New York and other global powerhouse cities; Mark Binelli (upcoming Detroit City is the Place to Be) reflects on Detroit. Moderated by former NY Times columnist and Demos fellow Bob Herbert.

On Truth (and Lies) in Conversation.  What is the truth?
Simon Critchley, one of today's leading contemporary philosophers turns the tables on Paul Holdengräber, the director/founder of LIVE from the NYPL, to examine the art of conversation, digression, and sustained dialogue. Holdengräber—an expert in what he calls "cognitive theater" and a seasoned interviewer of major cultural and political figures, from Jay-Z to Zadie Smith and Patti Smith to Slavoj Zizek—joins Critchley to discuss how truth emerges from conversation.

Visit the Brooklyn Book Festival's website and our own event listings to see the schedule in full.