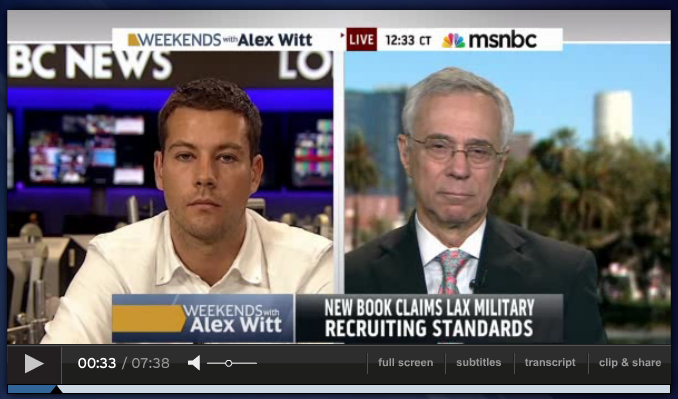 Over the weekend, Matt Kennard, author of the forthcoming Irregular Army, appeared alongside Ret. Col Jack Jacobs on MSNBC to discuss recruiting standards—or the startling lack thereof—in the United States military. "The fact is that the US military does have regulations to govern the recruitment of neo-Nazis and white supremacists," Kennard explains, "and they were completely torn up during the War on Terror because the army was failing to recruit sufficient troops."

Visit MSNBC to watch the episode in full.