Thatcherism: a much more vigorous form of class struggle - by Ralph Miliband 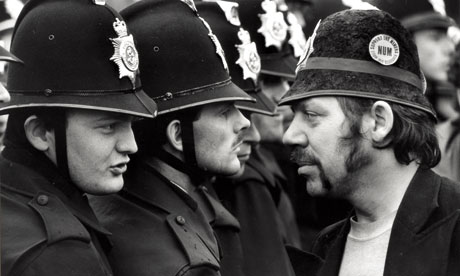 ’Thatcherism’ is a much more vigorous form of class struggle from above than had been waged by Conservatism since World War II, with a much stronger anti-trade union bias, a much greater determination to reaffirm managerial authority, to cut wages, to reduce the cushioning effect of welfare benefits, to ‘recommodify’ health, education, transport, and other collective and welfare services, to strengthen the authority and power of the state (despite all ‘libertarian’ protestations), and to legitimate its policies and politics by a frenzied appeal to nationalism (notwithstanding continued British subservience to the United States), not to forget anti-communism. This is a quite formidable programme, and Mrs Thatcher herself is a sufficiently ambitious, determined and blinkered politician to push it, if allowed, a long way further than she has already done. Indeed, one thing which is really new about ‘Thatcherism’ is the fact that Mrs Thatcher is the first British Prime Minister to convey the very strong impression that she could, in suitably fraught circumstances, very comfortably play the role of a Pinochet, or at least of an Indira Gandhi in the infamous days of the Emergency, of course in the name of democracy, freedom, law and order, the struggle against subversion and the defence of the Constitution.