Maggie, Milk and the Fatted Lamb 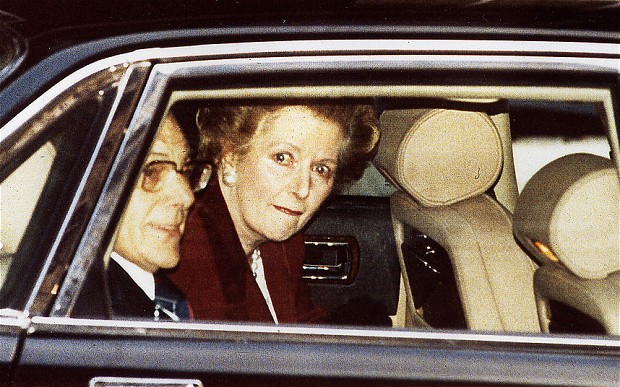 I recall the time when milk ended. At school, it would be brought out on trays and then one day it was no longer brought. I know now that Maggie Thatcher stole it. This is her legacy; stealing milk from children. But I am grown up now and we find ourselves facing off with her less assured and savvy, but equally cringe-worthy political spawn across all three political parties.

When I was a kid, in the tight times, my dad would sign on the dole. His work was seasonal; forestry, harvesting and working on the pheasant and grouse shoots where a rotating cast of insufferable Tarquins, toffs and tools –  my blood enemies to this day - would pay hundreds of pounds for a day on a shoot, blasting skywards with guns worth more money than we earned in a whole year.

We rural working class people still relied on some of the trappings of pre-industry, from a time before there was a welfare state and healthcare and education. Our insulation against hunger was our own grown produce, a temperamental goat - named Abbey after the jagged and majestic Cistercian ruin opposite our cottage - and a yearly pair of lambs or pigs in the back shed.

The lambs we would name and feed and care for. Then butcher and eat during the harder times. They were even tastier for having known them. Two lambs filled a coffin freezer and similarly hard-up neighbours who called at our home would leave laden with meat. Not utopian, just sharing.

If you are rural then that slaughter is not sad, only normal and necessary. These are not pets; they are livestock. You don’t hug them, nor do you feed them for the hell of it.

In lean times of their own making, fretting that they are down to their last few tens of millions, perhaps thinking that the time is right to finish Thatcher’s program, the ruling class has decided to raid their back sheds: us.

This is to say, our rulers will mine what is ours to buttress their wealth. Starting with the welfare state, which helped my family through the times when the economy stung us, and the NHS which saw us through illnesses, including a shallow childhood skin cancer of mine and all the usual health problems a poor family must face.

They will take what we have.  Starting with the services that we have won so that we can live when the system we have no vote in eats itself. For the calcium thief Maggie Thatcher, however, the neoliberal creed, with its dog-eat-dog economics and ethics of fascism, was sacrosanct.
Clearly she was wrong, though certainly she had conviction. The kind of conviction her chums had: folk like Jimmy Saville, Reagan, Augusto Pinochet, the Khmer Rouge, the racial state of Israel, the white supremacists of South Africa. Not to forget the Mujadadeen - the proto-Taliban - whose own ideological descendants Thatcher’s heir, Tony Blair, would lamely cite as an excuse to send me and my friends to Afghanistan.

Some of her ruthlessness and class consciousness, however, might be of use to us. Given that the viciousness of the other side is not in question and knowing that there will be no negotiated end to their assault, we might ask if we are willing to sit by and play the fatted lamb. Personally, I’m not. And what’s more, I want my bloody milk back.

Joe Glenton is the author of Soldier Box, publishing in June 2013.