Out Now: The Passion of Bradley Manning by Chase Madar 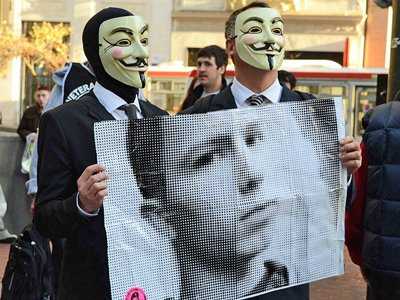 ‘(12:15:11 PM) bradass87: hypothetical question: if you had free reign over classified networks for long periods of time... say, 8–9 months... and you saw incredible things, awful things... things that belonged in the public domain, and not on some server stored in a dark room in Washington DC... what would you do?’

In terms of freedom of information, leaks and whistleblowers, Bradley Manning's trial (due to start in June) will be of the most important in America's history, the outcome of which will affect future whistleblowers and political dissenters. It will be a show trial, designed to send a clear message to anyone who might defy authority.

But who is Private First Class Bradley Manning? Why did he commit the largest security breach in American history (including the release of the infamous “Collateral Murder” gunsight video)—and why was it so easy? In this book, the astonishing leaks attributed to Bradley Manning are viewed from many angles.

Chase Madar reveals Bradley's motives for joining the military, how exactly he carried out the leaks, the conditions of punitive solitary confinement that he was kept in for 11 months of his imprisonment, and examines the exact charges being brought against him. He discusses how whistleblowers are often pathologized; their governments refuse to comprehend their political motives, no matter how overt and obvious. In Bradley’s case, the focus has been on his sexuality as well as his emotional, psychiatric and pharmacological state.

Chase Madar will be speaking about Bradley Manning on Monday 13th May in London at the Frontline Club and Tuesday 14th at Bristol Festival of Ideas. Tickets for both are still available.
Tagged
BradleyManning