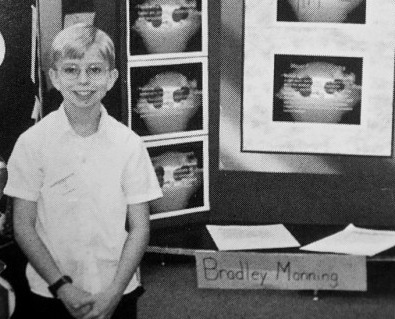 Although a military judge found Bradley Manning not guilty of aiding the enemy, the guilty verdicts on other charges revealed this week will leave him languishing in military jail for up to 130 years. This is the sacrifice he has paid for exposing the truth about US war crimes in Iraq, including this infamous massacre: www.collateralmurder.com - a harrowing gun-sight view of an Apache helicopter slaughtering a couple of armed men and a much larger group of civilians on a Baghdad street in July, 2007.

There is no doubt that the severity of the government response to Bradley deliberately seeks to intimidate future whistleblowers. What does the future hold for those who expose injustices committed by their government, in their name?

"Contrary to widespread panic, massive leaks of classified material tend to enhance national security as the new information can prevent the kind of reckless, poorly-informed decisions that have squandered so much blood and money, from Southeast Asia to Iraq" says Chase Madar, author of  The Passion of Bradley Manning: The Story Behind the Wikileaks Whistleblower.

He argues that there is absolutely no evidence to show that any US soldier or civilian has been harmed by the information that Bradley Manning leaked. It is remarkable that the same people who are incredibly tight-lipped when it comes to civilian casualties in Iraq, Afghanistan and Pakistan are suddenly consumed with moral concern over possible lives lost thanks to Wikileaks and Bradley Manning. "We have seen thousands of people killed in real wars from the government's reckless actions", says Chase.

The US’s main problem is, in fact, "a cult of extreme levels of dystopian secrecy. Washington classified 92 million documents in 2011. To put things in perspective, what Bradley Manning leaked is less than 1% of that."

Looking to the long-term effect of this case on civil liberties, government secrecy and investigative journalism, Chase calls the verdict this week a "very bad thing for journalism" as it will "encourage the US government to use the espionage act of 1917 as a weapon against domestic leakers and whistleblowers". That will, in turn, have a chilling effect on a great deal of essential journalism; journalism that has relied on illicit leaks of classified information for decades and decades (just think of the Pentagon papers, Watergate and drone strike program).

The Passion of Bradley Manning by Chase Madar tells the story behind the Wikileaks whistleblower, revealing who Bradley Manning is and why he commited the largest security breach in American history. Read his

Read 'My Hero: Bradley Manning' by Chase Madar in the Guardian.

Listen to Chase's full interview on BBC Radio 4's The World Tonight here. You can follow his comments on this groundbreaking case as details continue to unfold by following him on twitter.

Owen Jones gives his verdict on Bradley Manning's trial in the Independent today, looking to what the future holds for Edward Snowden: "[He] will have watched the verdict carefully from his banishment in a Russian airport. If he is unable to reach Venezuela, which has granted him political asylum, and falls into the hands of the US authorities, he too will face a lifetime of incarceration".