In the Guardian, Simon Critchley and Jamieson Webster explain their radical and subversive reading of Shakespeare's most famous play given in The Hamlet Doctrine:

The banal, biscuit-box Shakespeare needs to be broken up and his work made dangerous again. If the authorities really understood what was going on in Hamlet's head, students might never be allowed to study the text. Hamlet's world is a globe defined by the omnipresence of espionage, of which his self-surveillance is but a mirror. Hamlet is arguably the drama of a police state, rather like the Elizabethan police state of England in the late 16th century, or the multitude of surveillance cameras that track citizens as they cross London in the current, late-Elizabethan age. Hamlet's agonised paranoia is but a foretaste of our own. 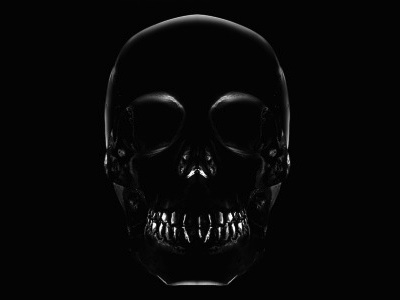 Rather than look at Hamlet in the usual humanistic and moralistic manner—Hamlet is a nice guy who suffers from being given a task that is an overwhelmingly unbearable burden - we approach the play in a spirit of what Virginia Woolf calls rashness, illness, and irreverence. We look at the play through the lenses provided by a singular series of outsider interpretations that happen to mirror our mutual occupations and preoccupations—philosophy and psychoanalysis - and which shed some light on the question of Shakespeare and Englishness: Carl Schmitt, Walter Benjamin, Hegel, Freud, Lacan, Nietzsche, Melville and Heiner Müller. We’d like to give a little taste of each of these interpretations.

Critchley and Webster's reading of Hamlet is further elucidated by Joshua Rothman in The New Yorker. He argues that the book represents a reaction to Freud's assertion that the definitive interpretation of Hamlet is as an expression of the Oedipus complex. Instead it is better to "think about the play in terms of love and its internal contradictions":

Webster and Critchley read “Hamlet” as a story about love and its shameful, empty, needy interior. Hamlet loves his parents while also, like any child, resenting that love. The ghost’s command forces him to look deep within his love for them, and what he finds is disappointing, even chilling. Does Hamlet really love his father? Or is he, in fact, envious of him? Does he really love his mother? Perhaps he actually holds her in contempt. Do they really love him? Perhaps all they want is the outward show of his love for them. Everyone is insatiable, selfish, and disappointing.

Critchley and Webster further expand upon their own reading of Hamlet in the Huffington Post:

Hamlet is not a version of our best self, let alone our authentic humanity, but what is worst and most selfish in us. His failure of commitment, his radical inhibition, his suicidal melodrama, and his violent misanthropic and misogynistic cruelty, are some of the rather unappealing aspects of our selves. Shakespeare forces us to stare at that which we do not want to look; to see what Uncle Teddy Adorno felicitously called our Hamlet Syndrome... If somehow after that apocalyptic devastation a single copy of Hamlet remained, a faithful record of our culture could be reconstructed on its basis. It's not a pretty picture.

Critchley and Webster see Hamlet as a text that is as relevant as ever for a modern world troubled by the same existential anxieties as Elizabethan London. They conclude with nine life lessons that they produce in The Hamlet Doctrine:

"The world is a prison," Hamlet sighs. This is not just a statement of his mental state. Shakespeare's play is also a drama of surveillance in a police state. Everyone is being watched. This once required expensive and expansive networks of spies. Now it simply requires the use of the internet.

"To thine own self be true"- NOT. People tend to forget that this line was put in the mouth of the Daddy of all windbags, Polonius, and was heavily laden with irony. Polonius's self-serving drivel is an endless source of amusement.

"Were you not sent for?" Never trust your friends. Like Rosencrantz and Guildenstern, they might have been sent for by your ever-loving parents and be secretly plotting your execution.

"Mother, you have my father much offended". Hamlet doesn't know if his mother was in on the murder of his father. The Nazi jurist, Carl Schmitt, felt that Gertrude's guilt functions like a dark spot in the play. The lesson seems to be - you'll never figure out what your mother wants. Leave her to heaven, as the Ghost says.

"There are more things in heaven and earth, Horatio, Than are dreamt of in your philosophy." In other words, believe in ghosts. In a world where time is out of joint and the air is filled with war and rumors of war, the dead are the only creatures courageous enough to speak the truth.

"I did love you once... I loved you not." Let's just say that Hamlet has commitment problems, while the ever-faithful and naïve Ophelia is the one labeled a Janus-faced whore. It's good to remember that this war between the sexes has gone on for hundreds of years and men cannot tolerate the question of what a woman wants.

"Tender yourself more dearly." Polonius's seemingly affectionate paternal advice circles around the valuation of his daughter Ophelia as a commodity to be brokered on the marriage market. Lessons on money abound. Here and everywhere in Shakespeare, the language of love degrades into the language of commerce.

"O shame, where is thy blush?" Hamlet accuses his mother of acting shamelessly in marrying his Uncle in rude haste after the death of his father. But the truth is everyone in Hamlet acts shamelessly and for us the moral of the play is the production of shame in its audience. Not too much, just enough.

"Stay, Illusion!" Illusion is the only means to action. The only thing that can save us in this distracted globe is theater. The only truth is found in illusion.

Simon Critchley and Jamieson Webster will be speaking at two events in London this October:

October 19th at the Tate Modern, with Tom McCarthy.
October 21st at the London Review Bookshop, with Shahidha Bari.