The Idea of Communism 2: The New York Conference

The volume brings together their discussions on the philosophical and political import of the communist idea, highlighting both its continuing significance and the need to reconfigure the concept within a world marked by havoc and crisis. 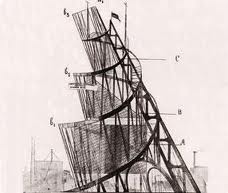 To celebrate the conference, Verso put together an extensive resources and commentray post that can be read in full here:

Several recordings of the conference presentations can also be viewed on the Verso youtube.

The first volume of The Idea of Communism followed the initial 2009 London conference. Responding to Alain Badiou’s The Communist Hypothesis, the leading political philosophers of the Left convened to take part in a landmark conference to discuss the perpetual, persistent notion that, in a truly emancipated society, all things should be owned in common.

In The Communist Hypothesis, Badiou outlines a new program for the Left after the death of neoliberalism:

We know that communism is the right hypothesis. All those who abandon this hypothesis immediately resign themselves to the market economy, to parliamentary democracy—the form of state suited to capitalism—and to the inevitable and “natural” character of the most monstrous inequalities.

The hypothesis represents a fresh demand for universal emancipation and a galvanizing call to arms.

The Communist Hypothesis forms part of the Verso Pocket Communism series. Also included in the series is Bruno Bosteels' The Actuality of Communism. Bosteels examines this resurgence of communist thought through the prism of "speculative leftism”—an incapacity to move beyond lofty abstractions and thoroughly rethink the categories of masses, classes and state. Debating those questions with writers including Roberto Esposito and Alberto Moreiras, Bosteels provides a vital account of the work of the Bolivian Vice President and thinker Alvaro García Linera.

Bosteels conference paper 'On the Christian Question' is included in The Idea of Communism Two.

The publication of The Idea of Communism 2 coincides with the next Idea of Communism event, set to take place in Seoul over the coming weekend, featuring Slavoj Žižek, Alain Badiou and Wang Hui. Full information can be found here


Meanwhile, below is a list of resources we've compiled from contributors to The Idea of Communism books, further exploring their perspectives of the persistence of the communist ideal.

Introductory talks and remarks from Alain Badiou, Costas Douzinas and Michael Hardt can be heard at Dailymotion.

The paper delivered by Peter Hallward, entitled "The Will of the People", which appears in the first Idea of Communism book, can be read in extract on Radical Philosophy. Jean-Luc Nancy's notes for his talk are hosted on Lacan.com, and Costas Douzinas' address, 'On Communism and Rights', is hosted at Critical Legal Thinking.

In a series of 5 lectures Slavoj Zizek discusses a new definition of communist culture. Alain Badiou, meanwhile, has got down to semantics with his prolonged discussion on the meaning and appropriation of the word "Communism" in the context of the contemporary political situation. Jacques Ranciere contributes to that debate with his piece on the "inactuality of communism", which can be seen on after1968.org

The original London conference provoked a flurry of reponses online, including reviews and critical responses. N+1 ran an extensive review of the event, whilst Pinocchio Theory followed up with some notes and recollections of the event. More reviews and notes can be found Total Assault on Culture and Radical Philosophy.

Writer and theorist Mark Fisher reported on the Idea of Communism conference for Frieze, concluding

Theory, in its destruction of the very ‘workaday Anglo Saxon empiricism’ which treats private property and commodities as natural and transparent concepts, must play a role in the construction of this new collective subject.