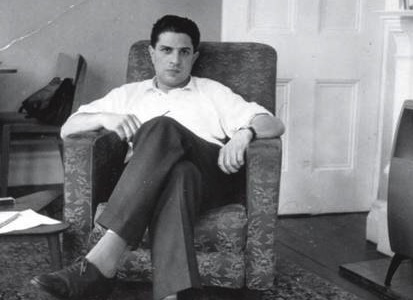 Ralph Miliband was a socialist intellectual of great integrity.

He belonged to a generation of socialists formed by the Russian Revolution and the Second World War. His father, a leather craftsman in Warsaw, was a member of the Jewish Bund, an organisation of socialist workers. Poland, after the First World War, was beset by chaos, disorder and, ultimately, a military dictatorship. There were large-scale migrations. One of Ralph's uncles had gone eastwards and joined the Red Army, then under Trotsky's command. His parents had left Warsaw separately in 1922. They met in Brussels where they had both settled and were married a year later. Ralph was born in 1924.

Hitler's victory in Germany, followed a few years later by the Spanish Civil War, had polarised politics throughout the Continent. It was not possible for an intellectually alert 15-year-old to remain unaffected. Ralph joined the lively, Jewish-socialist youth organisation, Hashomeir Hatzair (Young Guard), whose members later played a heroic role in the Resistance. It was here that the young Miliband learnt of capitalism as a system based on exploitation where the rich lived off the harm they inflicted on others. One of his close friends, Maurice Tran, who was later hanged at Auschwitz, gave him a copy of the Communist Manifesto. Even though he was not yet fully aware of it, he had become enmeshed in the business of socialist politics.

In 1940, as the German armies were beginning to roll into Belgium, the Milibands, like thousands of others, prepared to flee to France. This proved impossible because of German bombardment. Ralph and his father walked to Ostend and boarded the last boat to Dover, which was packed with fleeing diplomats and officials. His mother and younger sister, Nan, had remained behind and survived the war with the help of the Resistance.

Ralph and his father arrived in London in May 1940. Both worked, for a time, as furniture removers, helping to clear bombed houses and apartments. It was Ralph who determined the division of labour, ensuring that his main task was to carry the books. Often he would settle on the front steps of a house, immersed in a book. His passion for the written word led him to the works of Harold J. Laski. He had read in one of these that Laski was at the London School of Economics (then exiled in Cambridge) and was determined to get there. His English was getting better by the day and after his matricuation, he did find his way to the LSE. Laski became a mentor, never to be forgotten. Only several months ago in a review-essay for the 200th issue of the New Left Review, Ralph Miliband acknowledged his debt:

I came to know Harold Laski as a student at the LSE between 1941 and 1943; and I was fairly close to him after I came back to the LSE in 1946. I was quite dazzled, as a 17-year-old student, by his scholarship, his wit, his extraordinary generosity to students, and his familiarity with the great and the mighty. I had a deep affection for him, which the passage of years since his death in 1950 at the age of 56 has not dimmed.

The three missing years to which he refers were spent in service as a naval rating in the Belgian section of the Royal Navy. Aware of the fact that many of his Belgian comrades were engaged in the war against Fascism and traumatised by the absence of his mother and sister, he had volunteered, using Laski's influence to override the bureaucracy. He served on a number of destroyers and warships, helping to intercept German radio messages. He rose to the rank of Chief Petty Officer and was greatly amused on one occasion when his new commanding officer informed him how he had been rated by a viscount who had commanded the ship on which he had previously served: 'Miliband is stupid, but always remains cheerful.'

After the war he graduated from the LSE with a PhD. and embarked on a long teaching career. He taught first at Roosevelt College in Chicago and later became a lecturer in Political Science at the LSE and later still a Professor at Leeds. This was followed by long stints at Brandeis and New YorK. Teaching, for him, was always a two-way process and, for that reason, it gave him great pleasure. It was an arena for lively debates and a genuine exchange of ideas.

In the late Sixties and Seventies, he was in great demand at campuses throughout Britain and North America. He winced at some of the excesses ('Why the hell do you have to wear these stupid combat jackets?' I remember him asking a group of us during a big meeting on Vietnam in 1968), but remained steadfast.

A Miliband speech was always a treat; alternately sarcastic and scholarly, witty and vicious, but never demagogic. Apart from a brief spell in the Labour Party, he belonged to no organisation. His fierce independence excluded the Communist Party.

His dislike of posturing and sterile dogma kept him away from the far left sects. This turned out to be a strength. He was unencumbered by any party line, which made his speeches refreshing. There was music in his delivery and he always varied the peroration at the end and this coupled with his passionate commitment to socialism.

As a writer he deployed a wide political culture and clarity of argument. Two of his books, Parliamentary Socialism (1969) and The State in Capitalist Society (1972), became classics during the Sixties and Seventies. As he lay dying in hospital, what gave him great pleasure was physically to feel the proofs of his last work, Socialism for a Sceptical Age, to be published by Polity Press this autumn. His wife Marion and his two sons, David and Edward, had read the first draft of the book. He had not accepted all of their criticisms and suggestions, but the process had stimulated him. It had also made him very happy. He was very proud of his family.

Ralph Miliband had pledged his own intelIect to the struggle for human emancipation. He was impatient of those who had begun to drift. The introverted argot of post-modernism depressed him. He had lost close friends and others whom he admired greatly. Raymond Williams, Edward Thompson, Isaac Deutscher, Marcel Liebman, C. Wright Mills, had all, like Ralph Miliband, been public intellectuals, dissidents in the capitalist West, who had enriched our political culture.

His death has now left a gaping void in times which are bad for socialists everywhere.