Verso Classics: back in print and 40% off!
10 days left
Hélène Barthélemy
comments 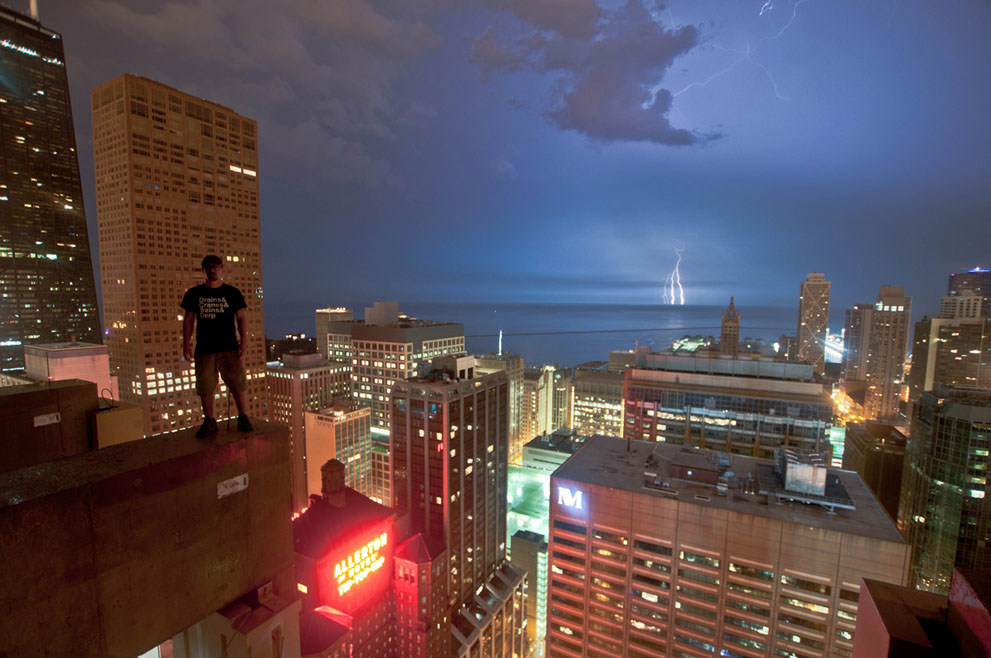 Bradley Garrett's new book, Explore Everything: Place Hacking the City, has ignited great praise, curiosity, and indignation over the last few weeks. While The Guardian's Robert MacFarlane enthusiastically accompanied Garrett on one of his vertiginous urban explorations, Josh Dzieza writes about the political implications of place-hacking in The Daily Beast. He lauds Garrett's efforts to re-appropriate dwindling areas and thus re-democratize increasingly privatized, yet abandoned, spaces:

To Garrett, the city is a space coded by law and social convention, ready to be infiltrated and subverted, much like a hacker plays with a computer program

Much like hackers, Garrett attempts to reintroduce an element of playfulness in these rigid, corporate, and deserted spaces, never desecrating them but exploiting the preexisting loopholes that allow him entrance: as he declares,

I feel like what’s happening is that there’s a corporate clampdown on space that’s happening all over the world right now, where all the public space we used to have is turning into private space,. Corporations are dictating where we can walk, where we can take photographs, where we’re going to live, where we’re going to work, and it all starts to feel a little tyrannical. It feels like we’re democratizing that space a little bit. We’re making it more visible, we’re highlighting its accessibility, we’re highlighting sometimes the egregious expenditures, but we’re also just making it a playful space, where people can be out in the middle of the night and take pictures, things you’re not supposed to do in these corporate zones.

Controversy roars, however, as Garrett is facing legal action from Transport for London, as noted in The Independent. He is accused of supposed damage and of possibly inciting copy-cats. As Dzieza notes, the appeal of crawling alongside rats and spiders in the sewage system might not be as widespread as Transport for London assumes. Moreover, the fact that Garrett should now be facing prosecution for his urban sprawls seems to Dzieza an absurdity as "people who go places they aren’t supposed to face dogged prosecution". He quotes Garrett:


Visit The Daily Beast to read the article in full.

Visit The Atlantic to see pictures of Bradley Garrett's explorations.