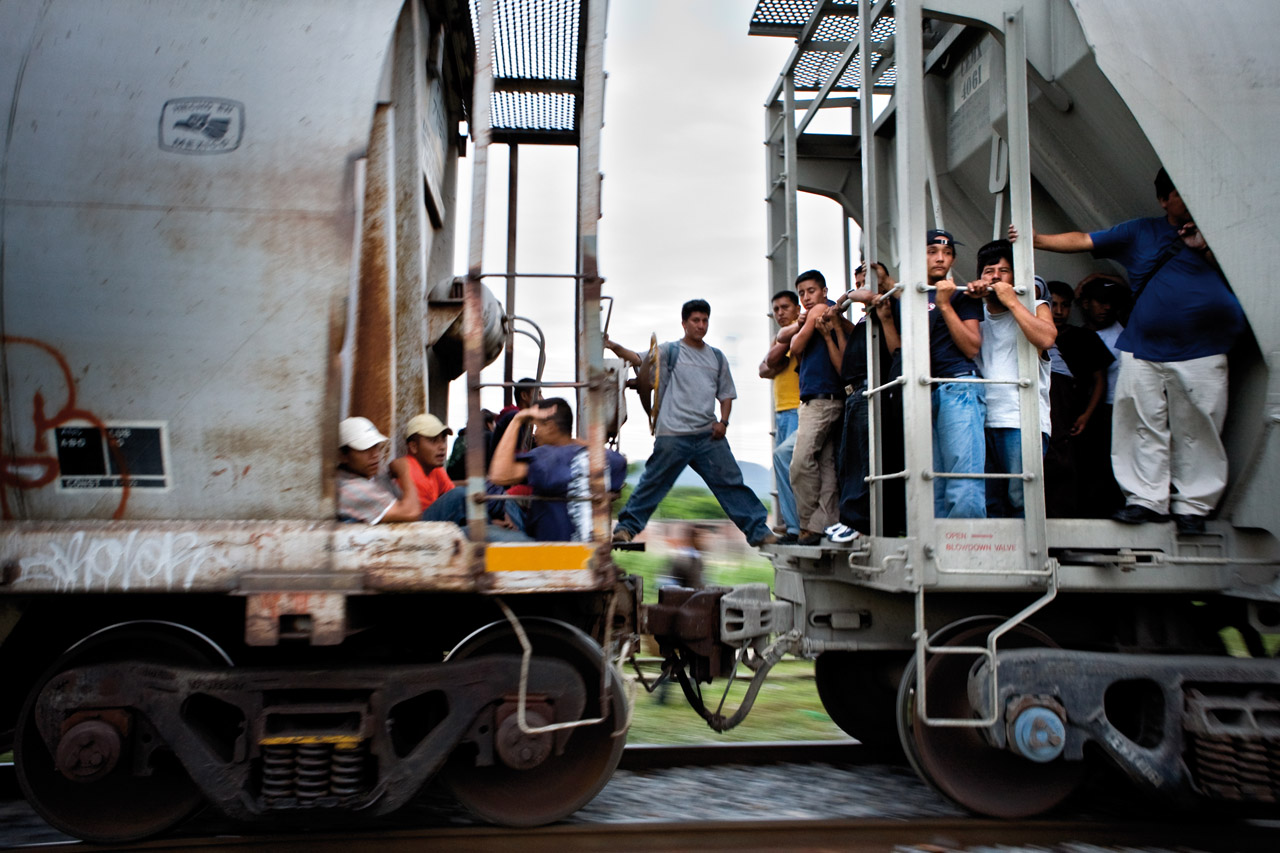 Every year, over one quarter of a million South and Central Americans attempt the precarious journey atop freight trains from Central America, through Mexico, and towards the US border. The Austin Chronicle recent spoke with Óscar Martínez about his new book The Beast, which chronicles the experiences of the migrants who make the journey, the police patrolling the borders, and those who provide shelter along the way:

Martínez's lyrical voice and thorough reporting help readers cross this distance as well. He introduces us to three brothers named Auner, Pitbull, and El Chele. Fleeing certain death in their home of El Salvador, they join the migrant trail, meeting Martínez in a shelter run by the Catholic priest Alejandro Solalinde. As the boys try to make sense of the violence that plagues their past and figure out a way to move toward America, Martínez hangs out with them, sharing a bus ride, lending his cell phone. Finally, he parts ways with them, keeping in touch via text message.

Martínez texts: "Where are you? How are you?"

"On the move. About to board the train."

As hostility towards immigrants becomes codified as racist legislation in states like Arizona, The Beast brings much needed visibility to the experiences of the thousands of Central Americans who endure unimaginable conditions in the hopes of reaching safer and better horizons.  Amanda Eyre Ward of the Austin Chronicle notes:

The problem is multifaceted – so confusing that the brain is tempted to turn off, step back, and read gossip sites until the stew of narco-terrorism mixed with corrupt and/or terrified police and immigration authorities, desperate locals, sex slaves, and gangs can be forgotten. And it is all too easy to ignore the waves of immigrants in our midst: By choice, they remain invisible, even as they change the face of our schools, communities, and sense of what it means to be American.

As for the violence brothers Auner, Pitbill, and El Chele are fleeing, Martínez recently contributed an op-ed to the New York Times detailing the gang-related homicides plaguing El Salvador, and the secret truce brokered by El Salvador's president Mauricio Funes in cooperation with top gang leaders. Although one would assume that the Funes would want to take credit for the falling murder rate in El Salvador in the wake of the secret negotiations, he continues to deny any involvement.

Martínez notes that gang-related murders have begun to rise once again in El Salvador. Whether or not Funes' lips remain sealed, one thing is certain: thousands of men, women, and children from Central and South America will continue to ride the rails, embarking upon a hellish journey in search of a more hopeful future.

Visit the Austin Chronicle to read the interview in full.

Visit the New York Times to read the op-ed in full.