Is Marxism Back? Tablet Magazine on the resurgence of Marxist thought and Benjamin Kunkel's forthcoming Utopia or Bust 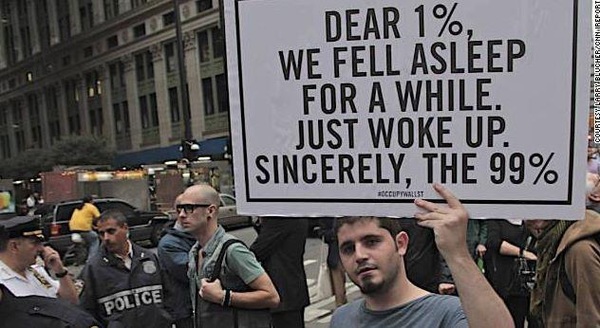 As the global economic meltdown continues, movements across the globe are turning to more radical politics for solutions to the crisis of capitalism. Tablet Magazine explores the renewed relevance of Marxist thought among young people in particular, focusing in particular on  Benjamin Kunkel's forthcoming Utopia or Bust, which is part of Verso's Jacobin series.  The trajectory of Kunkel's own work, from his novel Indecision about a privilieged and apathetic young man, to Utopia or Bust, a primer on Marxist thought in the context of the current economic crisis, mirrors the phenomenon that Tablet contributor Michelle Goldberg sets out to investigate.  Regarding the timing of Kunkel's latest book, Goldberg notes:

His new book is emerging at a moment of newly fervent interest in Marx among young writers, activists, and scholars, who have begun, the wake of the financial crisis, to identify capitalism as a problem rather than an inevitability.

In light of this political shift, Goldberg wonders: is Marxism making a comeback?

Goldberg quickly answers her own question:

It’s too simple to say that Marxism is back, because it never truly went away. In the United States after the fall of the Berlin Wall, though, it was largely confined to university English departments, becoming the stuff of abstruse, inward-looking and jargon-choked cultural critique. Then came the economic crash, Occupy Wall Street, and the ongoing disaster of austerity in Europe. “Around the time of Occupy in particular, a lot of different kinds of lefties, working at mainstream or literary publications, sort of found each other, started talking to each other, and found out who was most interested in class politics,” says Sarah Leonard, the 25-year-old associate editor of Dissent, the social-democratic journal founded almost 60 years ago by Irving Howe. “We have essentially found an old politics that makes sense now.”

To be sure, Kunkel himself observed that "the deepest economic crisis in eighty years prompted a shallow revival of Marxism." Goldberg is also careful not to overstate the size and strength of this revival, noting that "Marxism remains an intellectual current rather than a mass movement." While there undoubtedly remains a large number of young people who are either steeped comfortably in liberalism or entirely apathetic, there remains a growing movement of people who are pushing for change and demanding justice outside of the framework of liberal politics. As for Kunkel, his thoughts on the current Marxist resurgence ultimately end on an optimistic note:

It’s very exciting to me. In a strange way, it also makes me want to live a long time, knock on wood, because I’d like to see what’s going to happen.

Visit Tablet Magazine to read the article in full.