Is another world possible?—Dan Hancox's The Village Against the World reviewed in Jacobin and Truthdig 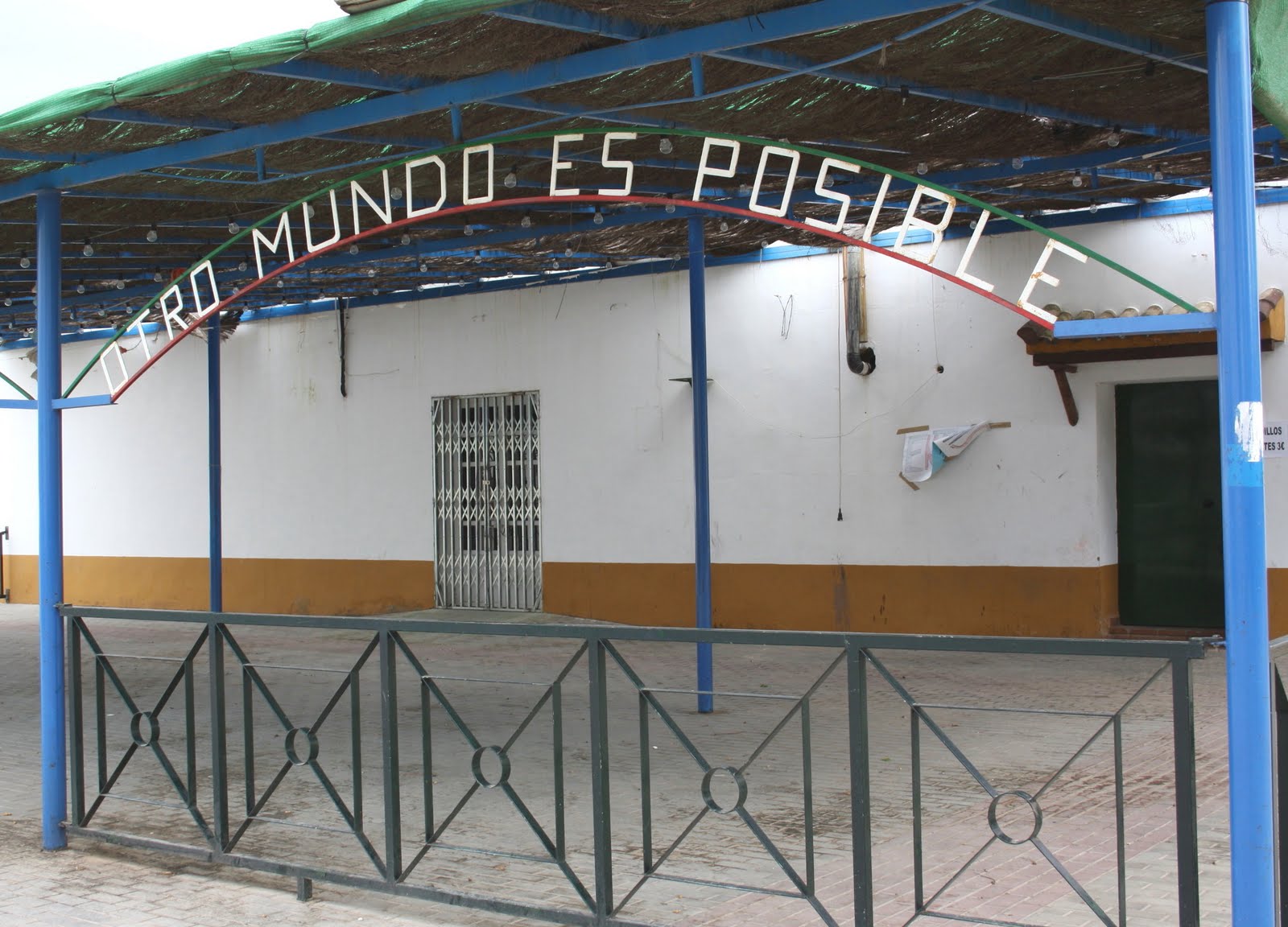 After the fall of Spanish military dictator Francisco Franco in 1975, Spain suffered a series of blows that crippled its economy. By the end of the decade, poverty and food shortages plagued the country and the unemployment rate hovered at 60 percent.

Today Spain faces another massive economic crisis, with overall unemployment hitting around 26 percent and youth unemployment reaching 56 percent. But in the village of Marinaleda, the self-proclaimed communist utopia at the center of Dan Hancox's The Village Against the World, unemployment sits between 5 and 6 percent.

Two recent reviews of Hancox's book, by Belén Fernández for Jacobin and Nomi Prins for Truthdig, wonder if the small Andalucian cooperative-style village of Marinaleda is immune to the larger economic crisis, and if it is a viable alternative model of living and governance.

Fernández begins by recalling her own time spent working at an avocado packing facility in Andalucía, completely unaware that the utopian village of Marinaleda existed nearby. Marinaleda has now captured the attention of the rest of the country, as it continues to enjoy a comparatively low unemployment rate in spite of nation-wide economic strife.  Some may view its relative insulation from the crisis as an anomaly, while others wonder if Marinaleda's model can be reproduced elsewhere in Spain and beyond. Fernández notes:

The confluence of historical, personal, and environmental factors that has enabled a complex communist experiment in a minute Andalusian village clearly isn’t entirely replicable on a mass scale. But the idea that neoliberalism can be effectively contested is exportable.

Not just imagining the replicability of Marinaleda's model elsewhere, Nomi Prins ponders the village's future itself:

Recently, the village has begun feeling, perhaps inevitably, effects of the broader economic crisis, as external subsidies are harder to come by, and demand for produce has waned. The question Hancox bids us to consider is whether the village can continue as it is. Its youth are increasingly unaware and uncaring of Marinaleda’s former struggle and history—and perhaps there’s more to life than farming. Without Sánchez Gordillo, will it possess the collective strength to continue fighting for its particular way of life?

Prins and Fernández agree that Marinaleda is not entirely communist or utopian. The village receives considerable subsidies from the Spanish government and the EU, and even allows some forms of private enterprise. Marinaleda nonetheless represents an alternative—not without its flaws—that deserves consideration as a better way of living. As Fernández says, "far from being the least-bad option, it's actually pretty damn good."