40% off EVERYTHING!
about 1 month left
Hélène Barthélemy
comments 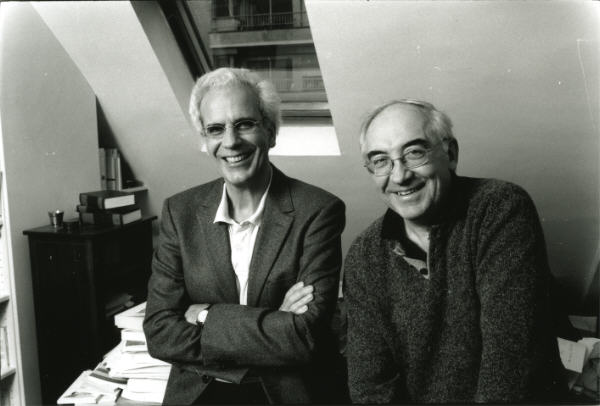 Unemployed Negativity provided a thoughtful analysis of Pierre Dardot and Christian Laval's The New Way of the World: On Neoliberal Society, of which Verso is publishing the first English translation in February 2014. Although the term neoliberalism is used and abused, its actual definition often eludes us, to the point that it becomes "what Althusser called a descriptive theory at best, and at worse a way to speak about capitalism without speaking about capitalism". In their work, Dardot and Laval trace a history of neoliberalism to allow for a more complex understanding of it, and how resistance to it can emerge. The article exposes Dardot and Laval's definition of neo-liberalism:

Neoliberals solved [the] crisis [of liberal society to realize its own goals] but valuing liberty, defined in terms of liberty of property, over democracy, and competition as ideal over the unimpeded action of the market.

For Dardot and Laval neoliberalism must be rigorously dissociated from an idea of "laisser faire." Neoliberalism is not the simple matter of leaving the market alone, of deregulation. Competition is not something that just exists, it must be actively produced and cultivated. As Dardot and Laval write, "Competitive capitalism is not a product of nature, it is a machine which requires constant surveillance and regulation."

Although much has been said about the naturalization of competition or depression operated by neoliberalism, Dardot and Laval explain those links more in depth. Notably, they explain why psychological failure is fundamental to neoliberal economy:

Dardot and Laval's work has the advantage of contextualizing and developing remarks that sometimes seem ungrounded in other thinkers. Case in point, the connection between generalized competition and depression, which often takes on a kind of hyperbolic formulation in the work of Berardi, is grounded here on the generalized idea of performance. The neoliberal subject is one that must not only constantly compete, mobilize his or her resources to maximize advantage, but this competition is aimed not at some goal, some finish line or result, but according to an infinite demand for performance. This generalized performativity, the sense that one could always maximize more, coupled with the ideal of work as realization and self invention, creates the depression which is its flip side. Failure is omnipresent and when it occurs it can only be blamed on the individual. It is thus no accident that neoliberal theory is framed in the meeting point of economics and psychology, making utility maximizing the common object of both, because neoliberal society is one in which the psyche is completely exposed to the laws of the market without mediation or shelter.

Depression would therefore be inherent to the neoliberal economy, which emphasizes constant performance for the sake of performance itself, without an end in view. After mapping out neoliberalism's history, Dardot and Laval seek to understand how we can resist some of its forms. Indeed, the authors emphasize that resistance to neoliberalism often occurs within groups linked by subjectivities formed within the neoliberal economy:

The article ends on a valuable note, reminding us of the objective at stake in understanding neoliberalism's constitution:

The task remains, as it perhaps always has been, one of connecting antagonisms to crises and in doing so produce a different society and subjectivity than that envisioned by neoliberalism.

Visit Unemployed Negativity to read the review in full.