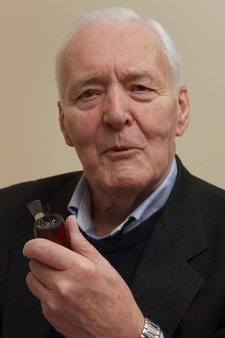 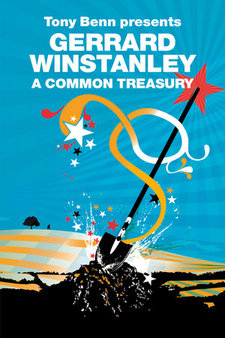 Not everyone realizes that we had a revolution in England long before the French Revolution, the American Revolution or the Russian Revolution. The legacy it has left for us is of supreme relevance today.

The overthrow and execution of the king, after a civil war that was led by parliament against the monarchy, began a long period of change and ended with the return of the monarchy and the beginning of what we call parliamentary democracy. But during those troubled years things were said that are as true today as they were at the time, and arguments were put forward that would still arouse the same controversy.

So stimulating were these ideas that the Agreement of the People came to the attention of some revolutionary Frenchmen in Bordeaux, who translated it into French and established a revolutionary centre in Bordeaux, which no doubt played some part in formulating the ideas which emerged in 1789.

The Agreement of the People was an early democratic statement, and in it we find ideas which are just as relevant as they were at the time. And indeed played some part in the drafting of the American constitution. Kings and political leaders are remembered for the ideas they imposed on those they governed, but all real progress comes from ideas that begin at the bottom and force their way to the top. For example, the demand that women be given the right to vote was first ignored by the powerful. When the campaign grew, it was denounced as dangerous and the suffragettes were imprisoned, some went on hunger strike and were forcibly fed by wardresses. Then when the argument had been won you could not find anyone in power who didn’t seem to be claiming that they thought of the idea in the first place.

The early seventeenth century launched into the public domain arguments about freedom and equality and democracy which we would now all regard as normal – even though at the time they were considered totally destructive of the status quo. The conflict between the king and parliament was about power, and it released a wider argument about democracy, which is what the Levellers were about. But it was the True Levellers who really carried the case forward to a deep philosophical level and decided to do something about it by digging on land they believed to be common.

The Diggers, as they were also known, were the first true socialists, and Winstanley was their spokesman who wrote deeply thoughtful statements of the case for the common ownership of land, linking his ideas to the Norman Conquest, which as he pointed out was all about who controlled the land.

I find there is one speech Winstanley allegedly delivered on 1 May 1649 which sets out the whole case in language that is unforgettable. In the beginning of time, said Winstanley,

"the great Creator Reason, made the Earth to be a Common Treasury, to preserve Beasts, Birds, Fishes, and Man, the lord that was to govern this Creation; for Man had Domination given to him, over the Beasts, Birds and Fishes; but not one word was spoken in the beginning, That one branch of mankind should rule over another.

And the Reason is this, Every single man, Male and Female, is a perfect Creature of himself; and the same Spirit that made the Globe, dwels in man to govern the Globe; so that the flesh of man being subject to reason, his Maker, hath him to be his Teacher and Ruler within himself, therefore needs not run abroad after any Teacher and Ruler without him, for he needs not that any man should teach him, for the same Anoynting that ruled in the Son of man, teacheth him all things."

In that passage is contained some of the most important radical ideas of all time, from the belief that the earth was created by reason to the recognition of sexist language and the belief that we are all able to reach our own judgement in the light of what we have brought to the world. It also makes clear that “the earth is a common treasury” and centres the ownership of land at the heart of politics.

These words have the power to move people and give them confidence in their own ability to think things out for themselves, which offers encouragement to those who might otherwise be tempted to believe that the problems are so great nothing can be done about them.

The English revolution did not produce what its sponsors dreamed of, but it left us this language and these ideas to think over again and to see what they have to offer us now. That is the debt we offer to those who fought so hard to win our rights nearly four hundred years ago, and this book, which is long overdue, offers us a text for our study of the key issues in the politics of tomorrow.