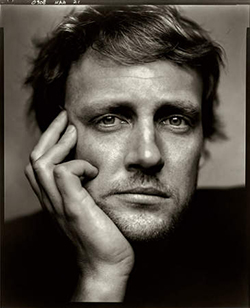 With “six elegantly turned essays on contemporary Marxist thinkers”—whose introduction you can read over at Bookforum—Kunkel has become a rising star on the left. New York Magazine offers a lengthy profile of the author, describing his transition from fiction writer and N+1 founder to architect of “a sort of intellectual-historical scaffolding for his own sometimes-dreamy dissident feelings.” A thoughtful Barnes and Noble review likewise picks up on this romantic strand, calling Utopia or Bust “an invitation to dream."

That’s not to say that Kunkel doesn’t engage with the hard work of envisioning how change might happen or what it might look like. “Occupy didn’t end up being able to formulate any demands,” Kunkel says in an interview with the Awl, “and I’m not saying that it should have, but ultimately a left politics needs to have both a strategy and a program. This book [Utopia or Bust] doesn’t contain anything like a program, but it might help in thinking about why we need one and what one might be.”

Kunkel expands on these ideas with Salon, reflecting on the popular backlash against socialism, the relationship between Marxism and feminism, and the unsustainability of today’s ecologically ravenous capitalism.

Praise for Kunkel has caught the attention of an American conservative organ no less virulent than Breitbart News Network, who branded him the "Lena Dunham of Literature": someone who seems to have come out of nowhere and, for better or worse, represent the struggles and ideals of millenials in the post-recession United States (this, despite the fact that Kunkel's age more accurately groups him with the Generation X, and has been living outside the US for many years).

In response to these flippant characterizations, another Verso author McKenzie Wark writes, “It’s a classic tactic of reaction to hate on the mildly well off so that the actual power and wealth might escape any scrutiny.” While Kunkel's critics are busy lambasting Kunkel’s Union Square pied-à-terre, they miss the radical potential of “the spirit of this new Marx.”

As Tom Cutterham writes in the Oxonian Review, the charade of mainstream leftist politics “has awakened a phalanx of Marxist writers who have ceased to be content with the utopias implicit in critique, and have opted instead for pragmatic engagement. We are entering the age of the radical policy wonk, and Benjamin Kunkel is its prophet."