40% off EVERYTHING!
about 1 month left
Madison Van Oort
comments

Interns, Occupiers, and Strikers: A May Day 2014 Reading List 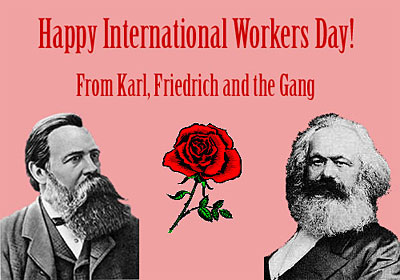 The 1st of May marks International Workers' Day, a festival of working-class self-organization stretching back over 130 years. It was originally inaugurated to commemorate the Haymarket Massacre of 1886 in Chicago, where a bomb thrown during a worker's strike kicked off a period of anti-labor hysteria.

In 1890, the first internationally coordinated demonstration for an 8-hour day was held, in commemoration of those killed in the massacre. Eight anarchists were executed on trumped-up charges after the event.

Here, Verso staff present an updated reading list for May Day. Since first posting the list a few years back, we've added some of our recent titles that trace the changing nature of work and the labor movements in the U.S. and around the world.

All books listed are available for direct purchase from our site at discounts of 40% off paperbacks, 30% off hardcovers, and 50% off ebooks, with free shipping, and ebooks bundled with your print purchase where available.

Why It's Still Kicking Off Everywhere: The New Global Revolutions — Paul Mason
BBC Newsnight correspondent Paul Mason made waves with his influential blog post 20 Reasons Why It's Kicking Off Everywhere, joining the dots between nascent insurrections in North Africa with student protests in the UK and uprisings across Europe. Mason quickly became a cult figure for his ideas of a new subjectivity emerging at the intersection of debt, poverty and technological development, bringing together voices from across the world to make sense of the new iterations in the crisis of capitalism after the global financial crisis.

Occupy!: Scenes from Occupied America — Edited by Keith Gessen, Astra Taylor, Eli Schmitt, Nikil Saval, Sarah Resnick, Sarah Leonard, Mark Greif & Carla Blumenkranz
May Day saw growing popularity following the Occupy Movement, with General Strikes organized in some cities for the first time in decades. Occupy! was the first book to emerge from the movement, packed with statements, graphics and articles which help trace the multiplicity of complaints and demands that kick-started the most vibrant protest movement in years.

Intern Nation: How to Earn Nothing and Learn Little in the Brave New Economy— Ross Perlin
In hopes of climbing the shaky ladders of economic mobility, more and more people have taken on low-paying and unpaid internships. In this touchstone on a vastly understudied topic, Perlin outlines the history of internships and the many ways interns are exploited. While supposedly meant to provide a shoe-in for early-career employees, internships more often benefit the hands of capital.

Playing the Whore: The Work of Sex Work — Melissa Gira Grant  Historically, sex workers have been left out of mainstream labor struggles, and May Day is no exception. This year, read Gira Grant's incisive analysis of why sex workers don't need moral salvation. Instead, she says, like all workers, they need to collectively struggle against the exploitation inherent in all waged labor.   Part of the Jacobin Series.

Strike for America: Chicago Teachers Against Austerity — Micah Uetricht
In another labor-oriented text for the Jacobin Series, Uetricht traces one of the most important contemporary worker-led struggles: the Chicago Teacher's Strike. Based on front-line organizing, Uetricht shows how the successful actions were years in the making, bringing together school workers, community members, and students to resist the far-reaching consequences of contemporary educational restructuring.

Raising Expectations (and Raising Hell): My Decade Fighting for the Labor Movement — Jane McAlevey
Less than 7% of private-sector US workers are currently members of a labor union, a situation that spreads pessimism throughout the movement and can contribute to a feeling of powerlessness. Jane McAlevey bucks this trend: a fierce and feared organizer, she has reinvigorated (and challenged) her own movement, fighting for a return to militancy, participatory education and deep workplace organizing. In Raising Expectations (and Raising Hell) McAlevey tells the story of her battle with work bosses and union bosses with wit and verve.

Willing Slaves of Capital: Marx and Spinoza on Desire — Frédéric Lordon
Many conversations about work and labor movements focus on the objective conditions of exploitation, from the length of the working day to stagnant wages. But by bringing together Marx and Spinoza, Lordon sets out to explore the subjective dimensions of labor: Why, exactly, do people work for other people? This analysis is especially on point, as Mark Fisher says, "at a time when all workers are required to show 'passion' for their jobs."

24/7: Late Capitalism and the Ends of Sleep — Johnathon Crary
If you're interested in working life today, you can't limit your analysis to 9-5. As Crary illuminates in this timely and frightening book, the tentacles of work's demands have spread into nearly every hour of human existence. As labor becomes increasingly flexible, freelance, and tied to a global economy, attempting to "turn off" or "clock out" grows more difficult. A perfect bedtime story for any anti-capitalist.

The Poorer Nations: A Possible History of the Global South — Vijay Prashad
In this "full-frontal assault on neoliberalism" (Counterpunch), Prashad develops a history of the rise of the BRICS from their roots in the nightmare of colonialism to the development of political alternatives in massive social movements and the revolutionary revival in South America.

The Enemy Within: The Secret War Against the Miners — Seumus Milne
According to Naomi Klein, Milne's The Enemy Within is "the best book on the Thatcher era." This crucial history depicts the 1970s miners' strike and the unprecedented backlash against it. The latest edition is updated with new information about Britain's quashing of organized labor.

Scattered Sand: The Story of China's Rural Migrants — Hsiao-Hung Pai
A huge wave of migration, almost unparalleled in human history, is reshaping our world: yet the 200 million workers who move yearly from China's rural heartlands to the rapidly growing cities are rarely heard from. If Mayday means anything, it means recognizing the daily struggle of workers across the world, and in Scattered Sand journalist Hsiao-Hung Pai relays the accounts of this army of labor, from the Olympic worksites of Beijing to the coalmines and kilns of the Yellow River region, addressing the daily realities of life under capitalism.

Trampling Out the Vintage: Cesar Chavez and the Two Souls of the United Farm Workers — Frank Bardacke
The recent Cesar Chavez movie has brought deserved attention Chavez, but if you're looking for a more critical depiction of the figure and his relationship to the UFW, look no further than Bardacke's award-winning Trampling Out the Vintage, which Dissent magazine calls "enormously insightful and nuanced."

It Started in Wisconsin: Dispatches from the Front Lines of the New Labor Protest — Edited by Paul Buhle & Mari Jo Buhle
The spirit of rank and file direct action that embodied the early May Day spirit remains a vital force for fighting for improved material conditions, despite years of repressive anti-labor laws. When Wisconsin Governor Scott Walker proposed repealing collective-bargaining rights in 2011, thousands occupied the State Capitol, and hundreds of thousands of Wisconsin workers mobilized to defeat the legislation. Through a series of articles, speeches, cartoons and essays, this book tells the story of the largest labor mobilization in modern US history.

Wobblies: A Graphic History of the Industrial Workers of the World  — Edited by Paul Buhle & Nicole Schulman
Fighting from the bottom up under the banner "One Big Union", the IWW was founded in Chicago by, amongst others, Eugene V. Debs, Big Bill Haywood and Lucy Parsons, whose husband was amongst the Haymarket Martyrs. It is also renowned for its rich cultural legacy of art and music. This book of graphic art traces the story of the IWW, including its role in the fights for the 8 hour day, birth-control rights and worker's liberation.

Mask of Anarchy: The Story of a Radical Poem, from Percey Shelley to the Triangle Factory Fire — Michael Demson, illustrated by Summer McClinton
A perfect companion to Buhle and Schulman’s Wobblies, Demson’s graphic telling of "Masque of Anarchy" shares the Percey Shelley poem that inspired movements across generations, speaking to the underexplored affective dimension of labor organizing.

Rebel Rank and File: Labor Militancy and Revolt from Below During the Long 1970s — Edited by Aaron Brenner, Robert Brenner & Cal Winslow
The story of the US working-class is far from the good ol' boy conservatism with which it is frequently recalled. From the mid-60s to 1981, the American proletariat fought tooth-and-nail against both employer and union bureaucrat, upturning their cartel through militant rank-and-file initiatives, wildcat strikes and sabotage. The book features key movements from some forgotten struggles, including the League of Revolutionary Black Workers and teachers' strikes.

Chavs — Owen Jones
In this best seller called "a work of passion, sympathy, and moral grace" by the New York Times, Jones investigates the demonization of the working class, who went from “salt of the earth” to “scum of the earth.” It's no wonder that growing numbers of people, regardless of income, tend to identify as middle class. This book is a go-to for anyone interested in why people are afraid of identifying with the working-class, and by extension, working-class struggles.

The Unseen — Nanni Balestrini
In this unique political novel, Balestrini offers a fictionalized account of Italy's 1970s Autonomia movement. The narrative describes the experience of one of Italy's unemployed youth, and is as beautiful as it is applicable to today's current youth unemployment crisis. Verso's newest version includes an introduction by Antonio Negri, who says, "Balestrini's book is a great new experiment that shows us the body of the exploited as an actor in the revolutionary process." 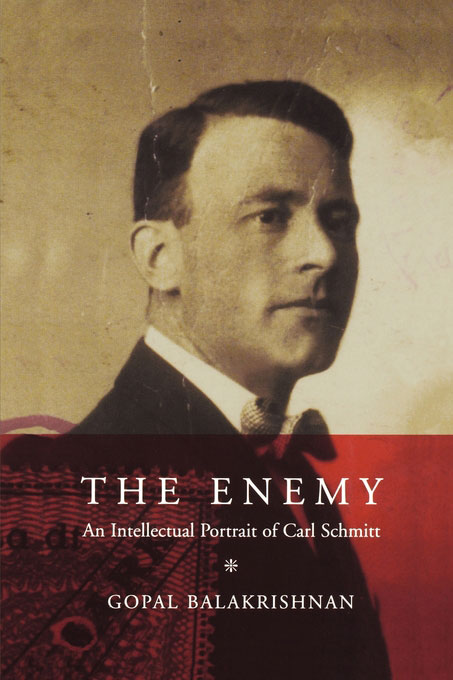