In this new blog series we bring you recommended reading lists as selected by our authors. Sarah Leonard, editor of Occupy!: Scenes from Occupied America, contributing edtior at The New Inquiry, and senior editor at The Nation, picks 5 essential feminist reads. 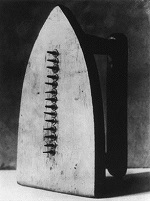 1. From Margin to Center in Feminist Theory by bell hooks (South End Press, 1984).

The whole world would be a better place if everyone had to read this book. Against the idea that "feminism" can mean practically anything, bell hooks quotes Carmen Vazquez, "there are as many definitions of Feminism as there are feminists, some of my sisters say, with a chuckle. I don't think it's funny." hooks proposes a definition: "Feminism is the struggle to end sexist oppression. Its aim is not to benefit solely any specific group of women, any particular race or class of women." The book crafts a vision of radical feminist solidarity, pushing back against liberal feminism, a vision of equality with men encouraged today by already-powerful women like Sheryl Sandberg and Hillary Clinton. Poor women, bell hooks notes, know that not all women have it tough and plenty of men are exploited. Similarly, what might seem like a reasonable solution to some — say, killing all men, if we follow the SCUM manifesto — doesn't necessarily help black women fighting racism alongside black men. Clearly defining feminism in a way that accounts for all women serves a practical purpose: "lack of adequate definition made it easy for bourgeois women, whether liberal or radical in perspective, to maintain their dominance over the leadership of the movement and its direction."

A good starting point for any materialist feminist. This is a brilliant, very funny takedown of sunny consumer feminism (dare to buy a vibrator!). It also "looks for utopian intimations in alternative histories, particularly in relation to pornography and to various forms of collective and social living." She's responsible for bringing fresh attention to one of the most elegant declarations for communal caretaking, made by Toni Morrison in an interview. When asked about teen mothers, and their future prospects, Morrison says, "They can be teachers. They can be brain surgeons. That's my job. I want to take them all in my arms and say, 'Your baby is beautiful and so are you and, honey, you can do it. And when you want to be a brain surgeon, call me — I will take care of your baby.' That's the attitude you have to have about human life. But we don't want to pay for it."

3. Fortunes of Feminism: From State-Managed Capitalism to Neoliberal Crisis by Nancy Fraser (Verso, 2013).

This essay collection includes the great "Feminism, Capitalism, and the Cunning of History," which assesses the "dangerous liaison" Fraser sees between feminism and neoliberalism: "the cultural changes jump-started by the second wave, salutary in themselves, have served to legitimate a structural transformation of capitalist society that runs directly counter to a feminist vision of a just society." She tackles this question historically in the hopes of developing a socialist-feminist politics for the 21st century. This review in Dissent provides perhaps the best rundown of Fraser's project with this book.

The Wages For Housework movement in the 1970s demanded that the work women did at home be recognized as work, and that it be waged so that they could go on strike against it. (For a terrific history and assessment of Wages for Housework, check out Dayna Tortorici's essay "More Smiles? More Money!"). Kathi Weeks built on the idea of rejecting work in her book. The Problem with Work takes a pretty classic Autonomist approach to feminism: the care work that many women perform (often in addition to waged labor) should be compensated, not by strict wages for housework, which continues to valorize work and encourage the state's encroachment on personal life, but by a universal basic income, which would break the tie between work and income and rearrange our ideas about "deserving". We should remember that we seek a world of leisure, not a world of toil. This rejection of work has been fertile ground for ideas with which to counter corporate feminist arguments about "leaning in". Kate Losse, reviewing Lean In, wrote that Sandberg "has penned not so much a new Feminine Mystique as an updated Protestant Ethic and the Spirit of Capitalism."

A new journal of materialist feminism, LIES is published by an anonymous collective. Its introduction draws battle lines: "Everything we write will be used against us. Every claim on or lament against society that we write will be received in the same way as accounts of rape — as lies. We don't care anymore. As soon as we stop resisting the charge we can turn around and face the others that have not accused us, those we should have been talking to the whole time. We name this journal after the shame we no longer feel and commemorate all these outcast comrades: the witches, crones, hysterics, spinsters, she-wolves, oracles, and misfits — our fellow-travellers."

And another five essential books, if you're looking for more:

6. The End of Capitalism as We Knew It: A Feminist Critique of Political Economy by JK Gibson-Graham (University of Minnesota Press, 2006)
7. Women and the Politics of Class by Johanna Brenner (Monthly Review Press, 2000)
8. Approaching Eye Level by Vivian Gornick (Beacon Press, 1997)
9. The Dialectic of Sex by Shulamith Firestone
10. "American Electra" by Susan Faludi