Nakba Day - an annual day of commemoration of the displacement that preceded and followed the Israeli Declaration of Independence in 1948 - falls on the 15th of May each year. This interactive map, featured on the Guardian website, shows the extent of Palestine's changed landscape - hundreds of Arab villages and towns abandoned, attacked and de-populated throughout the aggressive and violent land-grabbing. In an attempt to understand the catastrophe, we bring you a reading list of key books on the Israel-Palestine conflict, from Ghada Karmi, Mahmoud Darwish, Naji al-Ali, Ilan Pappe, Edward Said, Shlomo Sand, and more. 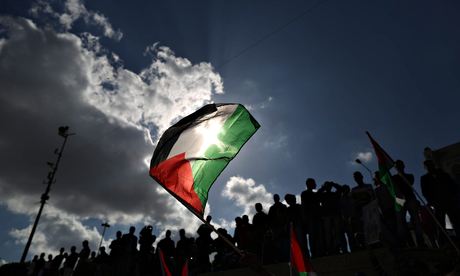 "Zionism achieved its greatest triumph with the establishment of the state of Israel in 1948. The Zionist idea and its principal political progeny are the subject of deeply divergent interpretations, not least inside the Jewish state itself. No other aspect of Zionism, however, is more controversial than its attitude towards the indigenous population of the land of its dreams. Chaim Weizmann, the first president of the state of Israel, famously said that it is by its treatment of the Palestinians that his country will be judged. Yet, when judged by this criterion, Zionism is not just an unqualified failure but a tragedy of historic proportions. Zionism did achieve its central goal but at a terrible price: the displacement and dispossession of the Palestinians – what the Arabs call the Nakba, the catastrophe." - Avi Shlaim, Guardian, 2014

Return: A Palestinian Memoir by Ghada Karmi
Having grown up in Britain following her family's exile from Palestine, doctor, author and academic Ghada Karmi leaves her adoptive home in a quest to return to her homeland.  In her journey, she takes the reader on a fascinating journey into the heart of one of the world’s most intractable conflict zones and one of the major issues of our time. Visiting places she has not seen since childhood, her unique insights reveal a militarised and barely recognisable homeland, and her home in Jerusalem, like much of the West Bank, occupied by strangers.

In Search of Fatima: A Palestinian Story by Ghada Karmi
“One of the finest, most eloquent and painfully honest memoirs of the Palestinian exile and displacement, which western power and its creature, Israel, have normalised.” – New Statesman

Too often the everyday lives and voices of the people in Gaza and the West Bank are forgotten. In Palestine Speaks men and women living under the occupation describe in their own words how it has shaped their lives. This includes eyewitness accounts of the most recent attacks on Gaza in 2014.

Letters to Palestine: Writers Respond to War and Occupation edited by Vijay Prashad

This book traces this swelling American recognition of Palestinian suffering, struggle, and hope, in writing that is personal, lyrical, anguished, and inspiring. Some of the leading writers of our time, such as Junot Díaz and Teju Cole, poets and essayists, novelists and scholars, Palestinian American activists like Huwaida Arraf, Noura Erakat, and Remi Kanazi, give voice to feelings of empathy and solidarity—as well as anger at US support for Israeli policy—in intimate letters, beautiful essays, and furious poems.

A Child in Palestine: The Cartoons of Naji al-Ali by Naji al-Ali
“This is a ground-breaking book. For the first time, Western readers are beckoned into Palestinian lives by the graphic warmth, inspiration and horror of the cartoonist Naji al-Ali, whose iconic Hanthala is our witness and conscience, imploring, rightly, that we never forget.”– John Pilger

Mural by Mahmoud Darwish
A major translation of remarkable, late poems by the great Palestinian poet.

“Darwish’s poetry is an epic effort to transform the lyrics of loss into the indefinitely postponed drama of return.”– Edward Said

The Girl Who Stole My Holocaust by Noam Chayut
“This humane journey into the inhumanity of oppression exposes the rawest nerves of the Israeli society and its attitude towards the occupied Palestinians. Very few in Israel would have dared to associate in any way the Holocaust with the occupation, but this bold and sensitive personal account makes it abundantly clear that for Israeli Jews the Holocaust and their policies in Palestine will always be interconnected and inseparable.” – Ilan Pappe

The Idea of Israel: A History of Power and Knowledge by Ilan Pappe
"Pappé places Zionism under an uncompromising lens... The Idea of Israel is  a close study of the role of Zionist ideology in the making of modern Israel and of the continuing relevance of this ideology today in politics, the education system, the media, the cinema and Ashkenazi-Sephardi relations." - Avi Shlaim, Guardian

How I Stopped Being a Jew by Shlomo Sand
“a discursive yet polemical work that systematically undermines the claim that Jewishness is necessary – let alone sufficient – to justify the claims of the Israeli state to the territory formerly known as Palestine.” - Will Self, Guardian

Invention of the Jewish People by Shlomo Sand
“Perhaps books combining passion and erudition don't change political situations, but if they did, this one would count as a landmark.” – Eric Hobsbawm, Observer
Invention of the Land of Israel by Shlomo Sand
“His achievement consists in debunking a nationalist mythology which holds sway in large sections of popular opinion. It also normalises Jews, since it challenges the belief in exceptionalism...Truth-telling may be painful but necessary.”– Donald Sassoon, Guardian

Blaming the Victims: Spurious Scholarship and the Palestinian Question by Edward Said
“The wide-ranging scope and demythologising structure of Blaming the Victims makes it especially relevant at the present time when the actions of the state of Israel seem to contradict received opinion as to its nature. The book provides a great quantity of information, analyses it convincingly and, through an impressive body of notes on primary and secondary literature, points the reader in the direction of further information.” – Middle East International

Israel and Palestine: Reappraisals, Revisions, Refutations by Avi Shlaim
“Shlaim does not aim at a comprehensive overview of the conflict so much as a running rebuttal of Israel’s version of it; an insurgency in the public relations war.” – Observer

The Punishment of Gaza by Gideon Levy
“Gideon Levy’s passionate and revealing account is an eloquent, even desperate, call to bring this shocking tragedy to an end, as can easily be done.” – Noam Chomsky

Hollow Land by Eyal Weizman
“The most astonishing book on architecture that I have read in years.” – Edwin Heathcote, Financial Times

“Weizman takes his readers on a tour of the visible and invisible ways in which Israel implements its control over Palestinians... Hollow Land is eloquent about the architectural chaos and confusion created by Israel in the Occupied Territories.” – London Review of Books

The Least of All Possible Evils by Eyal Weizman
“Eyal Weizman’s work has become an indispensable source of both insight and guidance in these difficult times. He understands the evolving dynamics of war and sovereignty better than anyone.” – Paul Gilroy, Professor of Social History, London School of Economics

The Holocaust Industry: Reflections on the Exploitation of Jewish Suffering by Norman G. Finkelstein
“The most controversial book of the year.” – The Guardian

“His basic argument that memories of the Holocaust are being debased is serious and should be given its due.”– The Economist

Image and Reality of the Israel-Palestine Conflict by Norman G. Finkelstein
“Anyone interested in seeing justice brought to the Middle East must read this book.” – Charles Glass

The Case for Sanctions Against Israel edited by Audrea Lim
“Provides clear arguments for international sanctions against Israel because of its treatment of the Palestinians. This excellent collection of essays is an essential text for anyone interested in why they should support the movement to boycott Israel. The essays are not just good reading; they are also an eloquent call to the world to give a damn.” –  Ron Jacobs, Counterpunch

The Returns of Zionism: Myths, Politics and Scolarship by Gabriel Piterberg
“A sharply critical intellectual and literary history of the Zionist movement and its principal progeny, the State of Israel. The book represents a milestone in the study of Zionism... It is a magnificent accomplishment of original research and far-reaching historical reinterpretation.” – Avi Shlaim

Shattered Hopes: Obama's Failure to Broker Israeli-Palestinian Peace by Josh Ruebner
“This marvelous book looks at one of the thorniest aspects of foreign policy today. It's a book for those who are not content to sit on the sidelines and watch the continuous dispossession of the Palestinian people, committed if not in our name, then with our blessing. Josh Ruebner has offered a badly needed contribution to a discussion that is all too often suppressed in the mainstream media." - Bill Fletcher, Jr., writer/activist, immediate past president of TransAfrica Forum