The 2014 European Parliament elections are scheduled to begin today coinciding with the 2014 local elections in England and Northern Ireland. Could these elections suffice to manifest a programme and force that empowers significant progress for the left? Etienne Balibar, in his essay most recent essay Useless European Elections? says “Obviously not. A rebirth of the political Left in Europe needs more, and other forms of trans-border mobilization.” 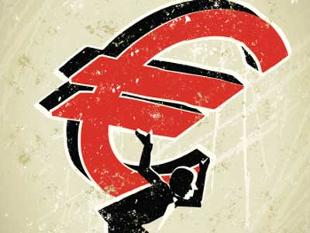 Here, Verso presents a reading list which aims to analyze, criticize, and mobilize the Lefts voice toward the Eurozone’s development.

All books listed are available for direct purchase from our site at discounts of 40% off paperbacks, 30% off hardcovers, and 50% off ebooks, with free shipping, and ebooks bundled with your print purchase where available.

New Old World - Perry Anderson
Anderson's New Old World is a go to guide for anyone trying to understand the development of European Union and the overarching notion of a unified European identity. It takes into account this development from the Enlightenment up to the present. The New Old World offers a critical portrait of a continent now increasingly hailed as a moral and political example to the world at large.

Crisis in the Eurozone–Costas Lapavitsas
Turning attention to the current economic situation in the Eurozone, where the banks and top financial establishments are largely unobstructed, Lapavitsas explains what can now be called “the crisis in the Eurozone” by charting a cautious path between political economy and radical economics to envisage a restructuring reliant on the forces of organized labour and civil society.

Ruling the Void: The Hollowing of Western Democracy–Peter Mair
Peter Mair has inspired many to reconsider the political environment by walking the line between political science and activism. In Ruling the Void, Mair continues his reputation by turning his attention to party democracy and its confrontation with non-democratic forces that contradict and destroy the voice of the demos or “the people”.

Buying Time: The Delayed Crisis of Democratic Capitalism–Wolfgang Streeck
Analyzing the current economic crisis which became most apparent with the 2008 crash, Streeck’s text, based on his 2012 Adorno Lectures given in Frankfurt, places the crisis in the context of the long neoliberal transformation of postwar capitalism that began in the 1970s.

Old Europe, New Europe, Core Europe: Translantic Relations After the Iraq War Edited by Daniel Levy, Max Pensky, and John C. Torpey
Bringing together many of the  Europe’s leading intellectual figures, including Jurgen Habermas, Jacques Derrida, Umberto Eco, and Gianni Vattimo, this text continues to prove its relevance today more than ever. Speaking with powerful insight, these thinkers wrestle with the most necessary and urgent questions about the state of politics after the Iraq war.

Integrating Gender: Women, Law and Politics in the European Union–Catherine Hoskyns
Powerfully argued and strikingly mobilizing, Hoskyns’ study integrates the necessary detail of the EU’s policy on woman’s rights with current feminist theory. This combination provides a powerful critique of the current policy of the European Union.

The Question of Europe–Edited by Perry Anderson and Peter Gowan
The Question of Europe collects some of the liveliest and sharpest commentary on Europe, across the full political spectrum, from leading authorities in the study of history, economics, philosophy, culture and sociology. Eminent German, Italian, French, Swedish and Irish writers are included, as well as key figures from Britain and the US. Looking paranormically at the past, present and future of integration, The Question of Europe brings polemic and scholarship together to offer us a new way of approaching the Union.