Rossana Rossanda: The Political Adventure of the Comrade from Milan

In April 2014, Luciana Castellina celebrated the life of the Italian political activist Rossana Rossanda—an influential feminist, writer, and one of the founding editors of Il Manifesto which remains the most critical daily in Italy—on her 90th birthday. Active as a communist militant in the Italian Resistance against fascism during World War Two, Rossanda rose rapidly in its aftermath, becoming editor of the Communist Party weekly paper and a member of parliament. Castellina provides a personal and sentimental glimpse into the life of one of Italy’s most powerful and adamant resistance figures. 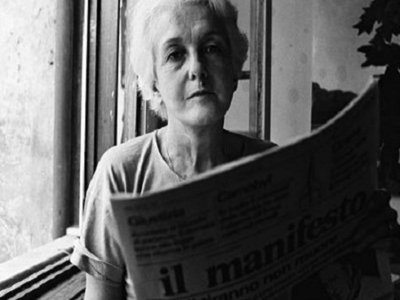 Yesterday – ninety years ago – saw the birth of the Comrade from Milan—one of the finer things produced in the twentieth century. In any case, we are not here to celebrate, but simply to have the pleasure of again discussing with Rossana what can be done in this unhappy time, so heavy with defeats bigger than we had expected and weighed down by ever more difficult problems that must be addressed. Fortunately, we are not prepared to give in, and for this reason we are able to say joyfully, together with Rossana: we are still here.

I want to make a point about this text. I cannot discuss Rossana as a person without much difficulty for me. After a more-than half-century relationship, which for me was not only a question of shared 'activism' but also an intimately human one, I will end up in the melancholy of remembering the comrades with whom our lives crossed paths and who we have gradually been losing in recent years. Nor can I explain Rossana to the today's readers of Il Manifesto [the paper co-founded by Rossanda, in which this piece first appeared]: that would be ridiculous because I think maybe some of the younger readers will know her better than some of the 'old' ones. And yet, I do want to say something about her. First of all, let me begin by remembering that she wanted to devote herself solely to her profession as an art historian. Ultimately, however, she could not do so because there are times in which history grabs hold of you. 1943 was one of those times and there was no stopping. It was the necessary moment to give shape to and build the Italian Communist Party (PCI), which had for many decades previous absorbed so many people's minds and efforts.

Still, I mention the art history because as an intellectual with such a varied interests and curiosity—feminism, the many worlds opening up on this Earth, cinema (see her last book, written together with Mariuccia Ciotta and Roberto Silvestri), literature and philosophy—Rossana was able to preserve the right critical cultural distance from the crudeness that marks even the best politics. Her way of writing, moreover, bore this mark: always in the hand of an extraordinary writer, even if she was writing about a dustmen's strike. And a residual, hidden nostalgia for the passion which she felt that she must abandon.

Rossana's life as a communist began, and continued for many years, in the extremely tough surroundings of the PCI's Milan federation. For us Romans, used to the colourful character of the poor underclass of the borgate slums and the extravagance of the artisans, the wholly working-class Milan party – a structured force, like a classic idea of the working class from the pages of Marx – seemed like an alien. I think the youngest readers will find it difficult even to imagine it, even more so if you think what has now become of the red bastion Sesto san Giovanni.

In order to understand Rossana, it is necessary to remember that she never wanted to stay on the margins of the Milanese PCI federation, despite its rigidities. Rather, she was a great, legendary director of the equally legendary Milan Casa della Cultura on the Via Borgogna. Precisely because her focal point was always the struggles of the working class, Rossana was also an extraordinary cultural organiser. This original mark never faded: work, the factory, and the FIOM [engineering union] were the ruler with which she measured politics. As far as it gets from a bourgeois intellectual (and excuse my recourse to this rather antiquated expression), she knew how to handle relations with intellectuals and politicians with neither sectarianism nor indulgence. This also provided the basis for her severity. You might ask why, writing about Rossana, I would choose to mention this trait of her personality. Beyond the many things she gave—and continues to give—to our history, to me it seems that her constant trait, more important than the Il Manifesto adventure, was the fact that despite all the transformations her guiding compass remained the working class, a compass by which she set her rudder. We owe a lot to Rossana. Let us take her ninetieth birthday as an opportunity to thank her. And to tell her that her arrival in this world last century has not 'exhausted its propulsive force'.

See the original Italian piece here.
Luciana Castellina is the author of Discovery of the World: A Political Awakening in the Shadow of Mussolini, publishing this month. 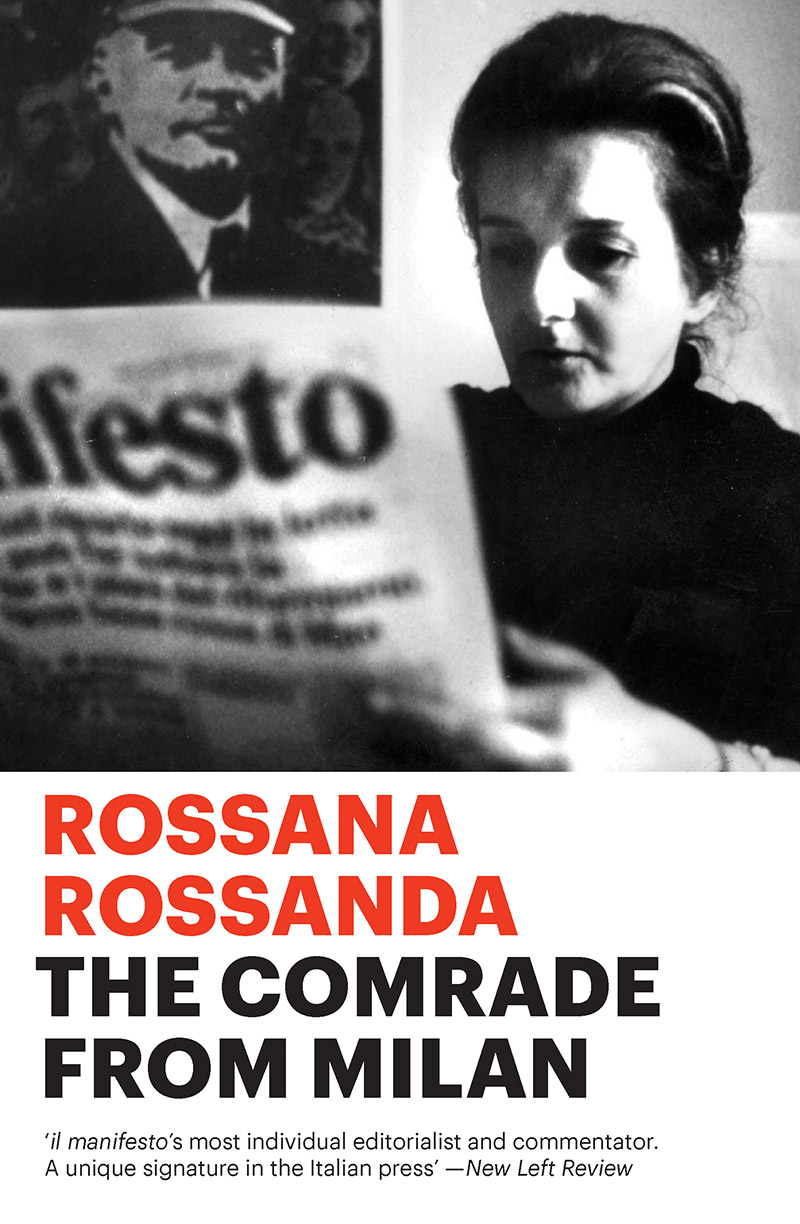