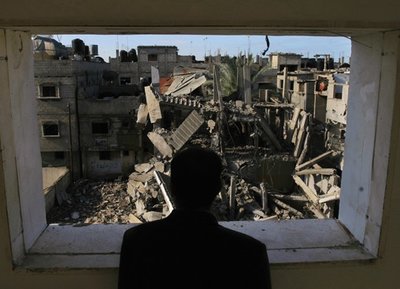 Gideon Levy, a prominent Israeli journalist - described by Le Monde as a “thorn in Israel's flank” - argues in Ha'aretz this week how in ‘the Jewish state, there is pity and humane feelings only for Jews, rights only for the Chosen People. The Jewish state is only for Jews.’ Referring to the recent tragic events, Levy is critical of how the ‘media in the Jewish state wallows in the murder of three yeshiva students, while almost entirely ignoring the fates of several Palestinian youths of the same age who have been killed by army fire over the last few months, usually for no reason.’

In the Jewish state, there is no remnant of the biblical injunction to treat the minority or the stranger with justice. There are no more Jews left who marched with Martin Luther King or who sat in jail with Nelson Mandela. The Jewish state, which Israel insists the Palestinians recognize, must first recognize itself. At the end of the day, at the end of a terrible week, it seems that a Jewish state means a racist, nationalistic state, meant for Jews only.

To read the Ha'aretz article in full click here.

In his The Punishment of Gaza, Levy tracks the development of Israel policy, which, he claims, has abandoned the pretense of diplomacy in favor of raw military power, the ultimate aim of which is to deny Palestinians any chance of forming their own independent state. For more information about the book click here.