40% off EVERYTHING in our end of year sale!
about 1 month left
Alex Doherty
comments 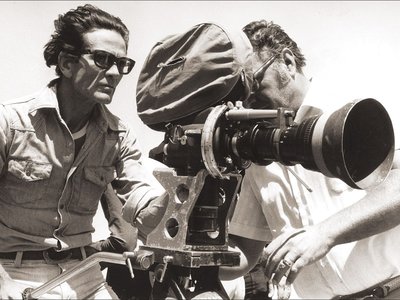 Thomson reads the unpublished and unfilmed screenplay as part of Pasolini's ongoing ‘solidarity with the poor’, a topic taken up in many of his films and writings. In St Paul, Thomson notes, this is done by the ‘saint's story [being] updated, cleverly, to the 20th century.’

St Paul champions those who have been disinherited by capitalism and the “scourge of money”. Pasolini believed that the consumerist “miracle” of 1960s Italy had undermined the semi-rural peasant values of l’Italietta (Italy’s little homelands). In the director’s retelling of the Bible, Paul stands as a bulwark against the “corruption” brought to Italy by Coca-Cola, chewing gum, jeans and other trappings of American-style consumerism.