'I know it’s silly, but I just have to know the score from yesterday’s game' - Robert Pfaller on the Illusion of Sport 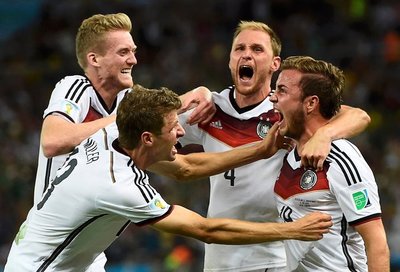 Whether you excessively binged on it or doggedly kept your gaze averted, many will be happy to finally see the spectacle that is the World Cup come to an end. The more sceptical and cynical among us would have looked on in disbelief at the images of emotional fanaticism (from tearful Brazilians to elated Germans) that have populated television screens and papers in the last few days: how could people be taken in and actually believe in this illusion? In his On the Pleasure Principle in Culture Robert Pfaller argues for a more complictaed structure of belief that occurs with subjects who engage with sporting events and other cultural phenomena. Below is an excerpt from Pfaller's book which details the relationship between a subject and an illusion (in this case, the illusion that sports results really matter).

Imagine you’re sitting in a bar reading a newspaper, waiting for a friend. The friend arrives. He says hello, and then continues: ‘Excuse me, can I have a quick look at your newspaper? I know it’s silly, but I just have to know the score from yesterday’s game.’

What we have here is a very special relationship between a subject and an illusion (in this case, the illusion that sports results really matter). The friend is in no way taken in by this illusion. On the contrary, he says that he knows quite well that it is silly, distancing himself from it. He does not claim allegiance to it, declare it as his illusion, or make any claim of ownership.

This is quite a different structure from the one we usually find. The ordinary relationship between an illusion and a subject is one in which the subject proudly attests to ownership – by professing, for example, a belief in God, or in human reason, or in self-regulation of the markets. Such subjects agree completely with their illusions and proudly claim ownership of them. They would never put themselves at a distance from these illusions, for instance, by saying things such as, ‘I know it is quite foolish, but I have to go to church now,’ or ‘I know it is silly, but I believe in the self-regulation of markets.’

In some cases, people identify with their illusions, which they often emphasize by adding the assertion, ‘I believe (in) that, I really do.’ On the contrary, in other cases, people ‘know better’; they know that the illusion is ‘nonsense’ or ‘something silly’, and this knowledge seems to place an insurmountable gap between them and the illusion.

Whereas the first type is common and not difficult to detect, the second type of illusion, dismissed by knowing better, turns out to be elusive – so much so that often it is difficult even to recognize its presence. The epistemological problem with regard to this form of illusion initially rests on the fact that it is not easy to tell exactly who maintains such illusions. At first glance it might seem as if every illusion must have at least one believer, as though those illusions that are not one’s own must necessarily belong to someone else. But might it be possible that there are illusions that always belong to others, that are never anyone’s own illusions?

This seems to be precisely the case for the illusion that sports broadcasts, the horoscope and a number of other similar things are actually important: they are obviously not one’s own illusions (because there is that better knowledge); thus, they are those of others. But which others? Children? Ancestors? Fools? If not those in the know, often we cannot really say who is meant to be their bearer. It is not always possible to find those who aren’t in the know. After all, who actually says, ‘I believe in the horoscope, and I am proud of it’? We are dealing here with a form of illusion for which we are sometimes unable to locate any believers at all. These illusions, which perhaps at first seem to be the others’ illusions, upon closer inspection prove to be illusions without subjects.

For more info about On the Pleasure Principle in Culture click here. 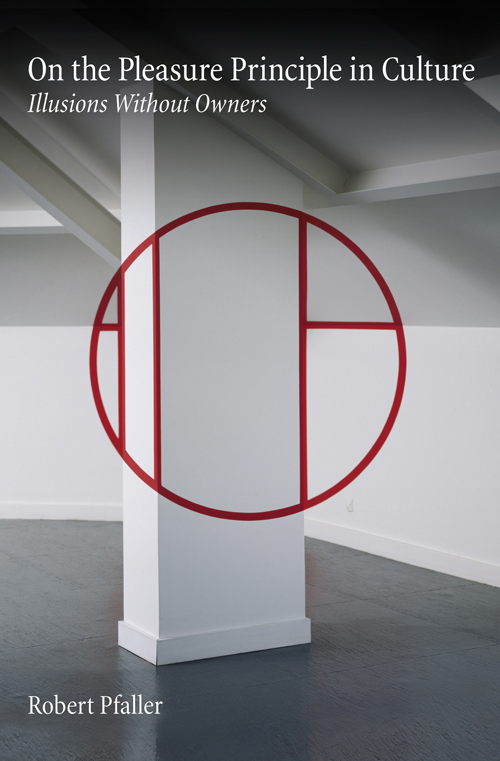