Leo Panitch and The Making of Global Capitalism: An Alternative Theorisation

Renowned political economist and Marxist theorist Leo Panitch was interviewed by E-International Relations about his latest co-authored publication The Making of Global Capitalism: The Political Economy of American Empire. 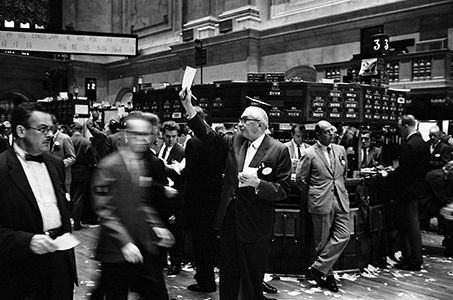 In this magnum opus, Gindin and Panitch demonstrate the intimate relationship between modern capitalism and the American state, including its role as an “informal empire” promoting free trade and capital movements.

In the interview with E-International Relations, Panitch discusses the  scrutinizes various theses that have informed contemporary political and economic discussion: inter-imperial rivalry, democratic peace thesis, and the development of underdevelopment.

On why he thinks The Making of Global Capitalism is making such waves in radical circles, Panitch says

... for all kinds of reasons, I think people were ready for an alternative theorisation, and one was very badly needed in terms of understanding that all states are not the same. We need to understand, for whatever reason it happened – there is nothing in Marx or Smith that would tell you this would happen – that the American state has come to be burdened with the responsibility of managing a global capitalist economy.

Read the interview in full here.