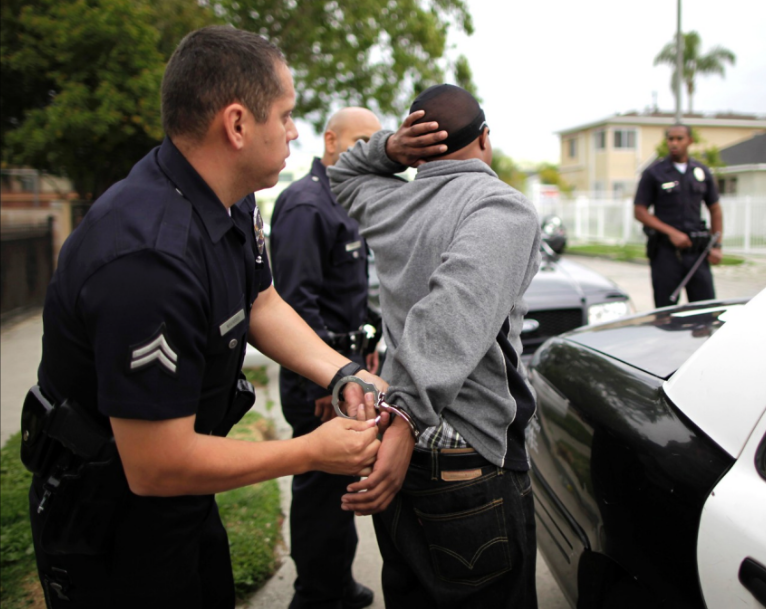 Over the last four decades, suspensions and expulsions in public secondary schools across the US have increased by 40%. Public schools have been flooded with technologies designed for prisons, such as surveillance systems and metal detectors, together with a heavy police presence. Of the approximately 9000 arrests and tickets in the LA school district in the 2011-2012 school year, 93% involved black and Latino students.

This August, the Los Angeles Unified School District took significant steps to dismantle the school-to-prison pipeline, affording educators and police officers greater latitude in responding to minor-offenses, such as possession of marijuana or alcohol on school grounds.

In an interview, Annette Fuentes, author of Lockdown High: When the Schoolhouse Becomes a Jailhouse shared her take on zero tolerance and recent reforms.

Annette Fuentes: Opportunities denied. Futures derailed. The individual stories of children and adolescents who’ve been suspended or expelled from school—usually for misbehaviors, not crimes—may vary in small details, but they add up to a generation of kids being marginalized and set up for failure as adults. The term "school-to-prison pipeline" is a dramatic and evocative description of what children’s advocates and education reformers began identifying more than 20 years ago. It doesn’t mean that every student who drops out or is pushed out of school by harsh disciplinary policies will end up behind bars. But zero tolerance increases the odds of failure for the students who are least likely to succeed anyway, owed to their socioeconomic backgrounds.

Now that we as a society have decided to acknowledge the wealth divide, which has been growing since the '80’s, we can add public schools to the list of casualties in this lopsided economic landscape. For poor black, white, Latino and Native kids, even lower-middle-class kids, schools are no longer a great equalizer. They are more like a sorting factory, and the winners and losers are being decided at a very early age indeed.

An awareness that punitive schooling isn’t working is spreading throughout the country, with some of the largest school districts, such as LA, reshaping their policies of discipline. The LA school district now provides teachers and administrators with greater latitude in responding to minor offenses from students. Do you think this shift in policy will create systemic change in American schooling?

What is happening in LA is great and attributable almost entirely to the tireless activism of such advocates as the parents, students and organizers of the Community Rights Campaign. Even before this most recent policy change to back away from zero tolerance, LA’s school board adopted, in theory, a policy to use positive behavioral supports as an alternative to ZT, which is essentially a 180 degree turn away form punitive discipline. It has not been fully implemented or embraced, but it was a start. Other cities are similarly in the process of changing course. Oakland’s schools now have an official policy of using restorative justice after piloting a program in one middle school with great success.

This week, Oct. 4-11, is a National Week of Action Against School Push-Out, called by the network Dignity in Schools Campaign, an eight-year-old organization founded to reverse the ZT policies disrupting public education. DSC member groups are having powerful impacts locally: Minneapolis schools just ended suspensions for pre-K through 1st grade students—and surprisingly, suspensions among the very youngest kids are astronomically high. And in Syracuse, NY, a DSC member worked with the state attorney general and the local school district to eliminate arbitrary and extreme punishments, which not surprisingly, have tended to harm nonwhite and disabled students disproportionately. The list of successes is growing, but systemic inequalities and barriers will take as long to undo as they did to become entwined in the public schools.

In your book you also discuss the problematic role of surveillance and security technology in schools. Do you see any avenues for protecting the privacy of students as these technologies grow ever more ubiquitous?

Interestingly, for all the focus on NSA spying on the US public, and the assault on privacy rights, little attention has been paid to young people, especially in the educational setting. It is another frontier in the movement to protect students from the criminalizing impacts of school discipline. Unfortunately, there are such powerful forces militating against an awareness of how harmful it is. One is the private sector industries that profit from selling security. The other is the local and state officials who fear not using the cameras and metal detectors and RFID tags when fear of terrorism and crime are rampant. Advocates and reformers have their hands full working to retrench punitive disciplinary policies and countering the high stakes testing juggernaut promoted by for-profit educational corporations and conservatives.

In the final chapter of your book, “Busting Out of Lockdown High: Alternative Paths to Safe Schools”, you outline more inclusive or community based approaches to disciplinary action.  What kinds of projects and policies would you like to see replacing practices of criminalization in schools?

The Dignity in Schools Campaign, with its vast membership of activists, lawyers, education experts, students and parents, has a tremendously smart and workable blueprint for reforming the whole approach to school discipline. While respecting locally driven activism and preferences, the overall movement is to empower students and parents to in schools, create learning environments that engage kids, that they actually want to participate in, and to formulate—not punishments but interventions at the earliest ages for students who have difficulties that result in disciplinary problems. There will always be some kids who do very bad things, and those things should be punished appropriately. Hurting another student or teacher can never be tolerated. But the overwhelming majority of discipline is dispensed for non-violent offenses. School culture must be reformed profoundly in a way that treats violations of codes as an opportunity to educate young citizens on responsible behavior, not to prepare them for a lifetime of failure.