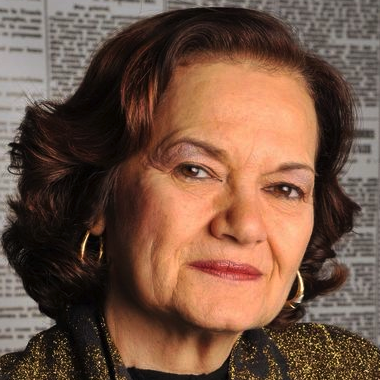 Élisabeth Roudinesco, author of Lacan: In Spite of Everything, Jacques Lacan & Co. and Madness and Revolution, among many others, on the writing of Michel Foucault, written for Le Monde in May:

Thirty years after his death, Michel Foucault (1926–1984) is famed the world over. Author of a very rich body of teachings whose scope ranges from his critique of norms and institutions to the history of prisons, medicine, madness and sexuality, this philosopher-historian has enticed liberals, social-democrats, erudite scholars and rebels of all persuasions. Each of these different groups, respectively, sees him as an ardent defender of the invention of the self, an unstinting reformist, a sumptuous commentator on ancient Greek and Roman texts, and a brilliant militant for minorities’ causes. In sum, Foucault’s work is more than ever on the order of the day, as demonstrated by the publication of the lectures he gave at the Collège de France between January and April 1981 with regard to subjectivity and freedom.

In 1980, Foucault very much enjoyed himself teaching in the United States, particularly at Berkeley University on the West Coast, where ever growing numbers of students came to listen to his lectures. It was at that time that he discovered that it is possible to live homosexuality as a creation of or ‘care of the self’ [souci de soi], and not as the revelation of a shameful desire. No one knew yet that a new plague was soon going to raise its head: the AIDS epidemic.

And it was in this context of great happiness that Foucault transformed his approach toward the history of sexuality. All this had begun in 1976 with the publication of a work concerning the nineteenth century, La Volonté de Savoir (Gallimard) to which he wanted to write a sequel in order to bring up to date his ‘archaeology of psychoanalysis’ centred on the study of the hysterical, the perverse, populations and races.

However, in 1979 he decided against passing from the nineteenth to the twentieth century, instead leafing back to the Christian ‘techniques’ of penitence, confession and sacrifice, whose origins he traced back to the conversion of Tertullien, who introduced the trinitary dogma toward the end of the second century (Du gouvernement des vivants, EHESS/Gallimard/Seuil, 2012). In his view, the idea of forcing subjects to speak the truth about their state of mind dated back to this epoch, before psychoanalysis inherited this model. After this face-to-face with Christian morality, Foucault decided to try and make the link between these Christian ‘techniques’ and those of the late pagan era.

Hence his elaboration of the lectures that are now being published as Subjectivité et vérité – with perfect editing, notes and presentation by Alessandro Fontana (1939–2013) and Frédéric Gros. Foucault comments on the texts of Greek and Roman authors writing in the long period of the Empire’s decline (the second and third centuries AD): Artemidore of Daldis, who decoded sexual dreams; the Stoic philosophers Antipater of Tarsus and Musonius Rufus; the neo-Platonic Hierocles of Alexandria, and many others.

Rather than citing their works chronologically, he compared these writings in order to demonstrate how new forms of the relationship with the self and with others developed with the arrival of Christianity. The conclusion he drew from this was the need to leave beyond the commonplace that consists of attributing to paganism a tolerant morality that Christianity supposedly destroyed.

Thus far from counterposing paganism to Christianity, he maintained that the Stoics of the first two centuries AD had invented a sexual ethic based on the need to accomplish acts of pleasure and enjoyment – aphrodisiac – whose violences and excesses, emanating from a natural mechanism, had to be mastered in order to prevent the subject being driven to self-destruction.

But it was still necessary to distinguish ‘good’ sexuality from bad, in order to establish a hierarchy of pleasures. And Foucault demonstrated that for the Stoics this ‘good’ sexuality meant the veneration of monogamous marriage, regarded as an art of life superior to any other. In this view, the sexual act between the married partners occupied the highest rank in the hierarchy of values: it strengthened the prosperity of the household and ensured the survival of the city. The free adult man incarnated an active principle, and, in this sense, he could very well have sexual relations with a male slave, even if himself married, but never with a married woman, the property of another man.

A perfect control over desire

It was in this perspective sexual acts were codified by the ancient scholars, and Foucault them on the basis of Artemidore’s great text The Oneirokrites, the very same text of which Freud was so fond that he incessantly re-read it. Artemidore believed that each animal species has but one mode of ‘conjunction’: the sexual organs of the horse, the goat or the cow are all at the rear, while vipers, doves and weasels make love with their mouths. Female fish collect the sperm that the males leave in the water. As for humans, which are also subject to the natural order of the world, they obey an intangible principle: the man seeks the woman that gives him most pleasure and least hardship. Incest with one’s mother is proscribed for being too gruesome, while oral sex is the worst of all because it forbids fucking and sharing a meal.

Moreover, Artemidore defined five categories of acts that go against nature: sexual relations with animals, dead bodies, the gods, oneself, or with two women.

It was this, according to Foucault, that the Fathers of the Church inherited from this Roman Stoicism, which they then adapted to a new spirituality characterised by a perfect control over desire and intimate emotions, a real confiscation of sexuality to the exclusive benefit of a matrimonial model erected as a norm.

The texts that Foucault chose are incredibly amusing and he comments on them with devastating humour, as if three years before his death he managed to find in them the genesis of a ‘verbalisation of the intimate’, precisely in this primitive Christianity which he made the subject of his last book, which is already famous but still awaits publication: Les Aveux de la chair.

His lectures are traversed by joy at discovering ‘another history of sexuality’, well before that of the nineteenth century; Foucault deliciously recounts the different variants of the fable of elephant coupling, repeated from the second to seventeenth century, whether by the Stoics or the Christians or the devout types who understood it as the ‘height of good conjugal sexuality’ that could be applied to the human race. ‘The elephant’, according to Francis de Sales, ‘is faithful and tenderly loving to the female of its choice, mating only every third year and then for no more than five days, and so secretly as never to be seen, until, on the sixth day, it appears and goes at once to wash its whole body in the river, unwilling to return to the herd until thus purified’.

Such fine and honest beasts, who know nothing of adultery or jealousy toward a rival and who never touch their partner once she has been fertilised. And humans could live like that too, if they were willing to take the marvellous sex life of elephants as their model of virtue and courage. A real antidote to the sexologists’ discourse that claims to base its measurement of sexual performance in terms of the length of the penis or the width of the vagina! These lectures are delivered with contagious joy and read like a La Fontaine fable. Foucault has certainly not ceased to surprise us.