Étienne Balibar: For the resistance in Kobane 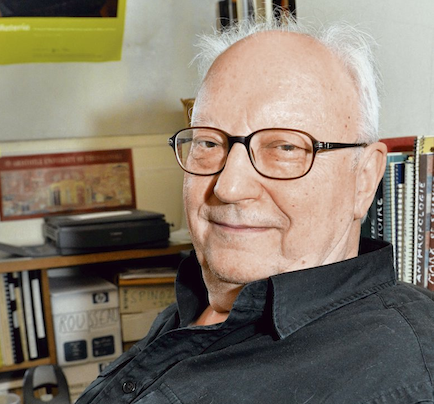 While the situation is evolving from one hour to the next, it seems like the worst may well have been avoided – that is, a repetition of the Warsaw Rising, which was crushed by the Nazis in full view of the Red Army, which was waiting to take the chestnuts out of the fire by itself… The Americans did end up coordinating with the fighters on the ground and even Turkey seems to have been forced to half-open the border, allowing reinforcements to come in. Let’s hope that the city has indeed been saved, stopping the Islamist advance. In the little space that I have here and with the information that I have available to me, I would like to insist on two points.

On the one hand, forms of solidarity, self-management and self-determination are developing, straddling the border, which confer on the resistance the character not only of a nationalist struggle, but that of a democratic experiment. This marks a break with the traditions of the PKK (and of the PYD) to which Western governments always devoted most of their commentary. Moreover, this resistance is starting to resonate across the whole region, from Iranian students to Turkish-Kurdish women’s associations. This means that we can see the germ of something of capital importance in Kobane. A civil politics that seeks to save the whole region from the slide into extremism, the conditions for which have been prepared by so many massacres and interventions. And actors who upset the game of tyrants, fanaticisms, populisms and imperialisms. This is a very limited hope, but it is of vital importance.

Translated from french by David Broder.