40% off EVERYTHING!
about 1 month left
Rachel Rosenfelt
comments

Listen to the conversation between Gabriella Coleman, author of Hacker, Hoaxer, Whistleblower, Spy: The Many Faces of Anonymous and Ben Wizner, an attorney and the director of the ACLU's Speech, Privacy & Technology Project.

On Friday, November 14 Verso Books and Triple Canopy co-hosted an Encryption Workshop for journalists covering technology and politics from publications all over New York City at the Verso loft. 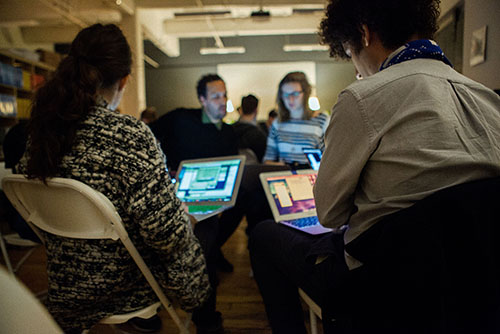 With the help of Coleman's contacts from her work researching Hacker, Hoaxer, Whistleblower, Spy (Verso 2014), led by Tommy Collison--a writer, activist and NYU student specializing in the future of privacy in journalism--over 40 computers were equipped with Off the Record (OTR) encryption, helping journalists communicate more securely with sources. 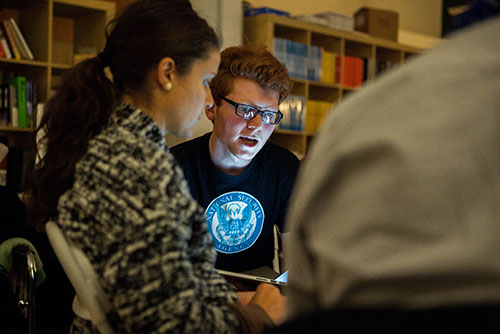 Even if you don't believe you have anything to hide, you should be using encryption because the NSA thinks it's inherently suspicious to communicate in such a way that they can't read it. Using encryption for entirely innocuous purposes adds more signal to the noise, giving cover to those who need it most.

- Tommy Collison from his talk "Encryption Works" (read it all here) 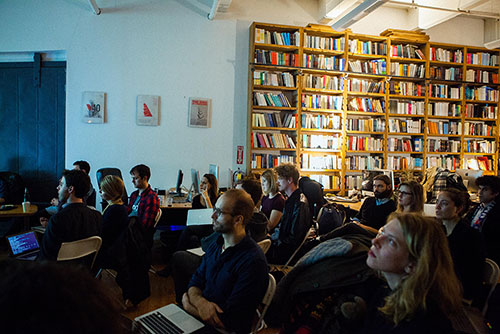 Verso Books is proud to offer support for any interested community to organize their own encryption workshop. Fill out this form to have Verso Books connect you with encryption language specialists for any gathering of 15 or more.

Purchase a copy of Gabriella Coleman's Hacker, Hoaxer, Whistleblower, Spy: The Many Faces of Anonymous.

All images by Victor Jeffreys II.