Why do most “official” feminists and women’s organizations in India keep a safe distance between themselves and organizations like say the ninety-thousand-member Krantikari Adivasi Mahila Sanghatan (Revolutionary Adivasi Women’s Association) that is fighting patriarchy in its own communities and displacement by mining corporations in the Dandakaranya forest? Why is it that the dispossession and eviction of millions of women from land that they owned and worked is not seen as a feminist problem? 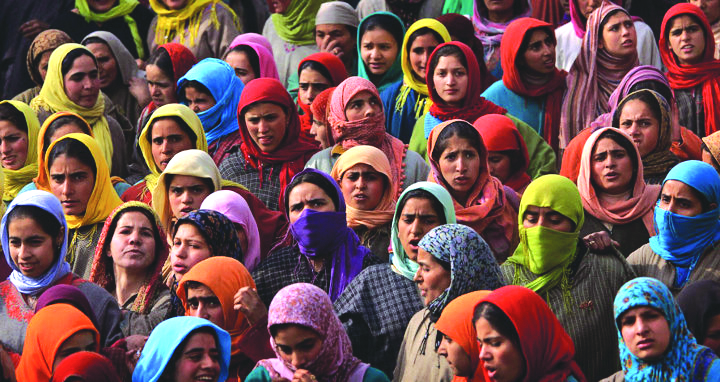 The hiving off of the liberal feminist movement from grassroots anti-imperialist and anticapitalist peoples’ movements did not begin with the evil designs of [corporate-endowed] foundations. It began with those movements’ inability to adapt and accommodate the rapid radicalization of women that took place in the 1960s and ’70s. The foundations showed genius in recognizing and moving in to support and fund women’s growing impatience with the violence and patriarchy in their traditional societies as well as among even the supposedly progressive leaders of left movements. In a country like India, the schism also ran along the rural-urban divide. Most radical, anticapitalist movements were located in the countryside, where patriarchy continued to rule the lives of women. Urban women activists who joined these movements (like the Naxalite movement) had been influenced and inspired by the Western feminist movement, and their own journeys toward liberation were often at odds with what their male leaders considered to be their duty: To fit in with “the masses.” Many women activists were not willing to wait any longer for the “revolution” in order to end the daily oppression and discrimination in their lives, including from their own comrades. They wanted gender equality to be an absolute, urgent, and nonnegotiable part of the revolutionary process and not just a postrevolution promise. Intelligent, angry, and disillusioned women began to move away and look for other means of support and sustenance. As a result, by the late 1980s, around the time when the Indian markets were opened up, the liberal feminist movement in India had become inordinately NGO-ized. Many of these NGOs have done seminal work on queer rights, domestic violence, AIDS, and the rights of sex workers. But significantly, the liberal feminist movement has not been at the forefront of challenging the New Economic Policies, even though women have been the greatest sufferers. By manipulating the disbursement of the funds, the foundations have largely succeeded in circumscribing the range of what “political” activity should be. The funding briefs of NGOs now prescribe what counts as women’s “issues” and what doesn’t.

The NGO-ization of the women’s movement has also made Western liberal feminism (by virtue of its being the most funded brand) the standard-bearer of what constitutes feminism. The battles, as usual, have been played out on women’s bodies, extruding Botox at one end and burkas at the other. (And then there are those who suffer the double whammy, Botox and the burka.) When, as happened recently in France, an attempt is made to coerce women out of the burka rather than creating a situation in which a woman can choose what she wishes to do, it’s not about liberating her but about unclothing her. It becomes an act of humiliation and cultural imperialism. Coercing a woman out of her burka is as bad as coercing her into one. It’s not about the burka. It’s about the coercion. Viewing gender in this way, shorn of social, political, and economic context, makes it an issue of identity, a battle of props and costumes. It’s what allowed the US government to use Western feminist liberal groups as moral cover when it invaded Afghanistan in 2001. Afghan women were (and are) in terrible trouble under the Taliban. But dropping daisy cutters on them was not going to solve the problem.

This is an extract from Arundhati Roy's latest book Capitalism: A Ghost Story, published at the same time as Annihilation of Caste, B.R. Ambedkar's classic analysis of the caste system with a book-length introduction by Arundhati Roy