A Faustian Pact: Robert Hewison discusses culture and class on Thinking Allowed & with the Independent

With the rise of UKIP, winning their first seats in the House of Commons in recent by-elections, next year's general election will almost certainly be a watershed moment in British politics. And, as cultural historian Robert Hewison argues, it is also likely that it will also be a critical moment for the UK arts sector. 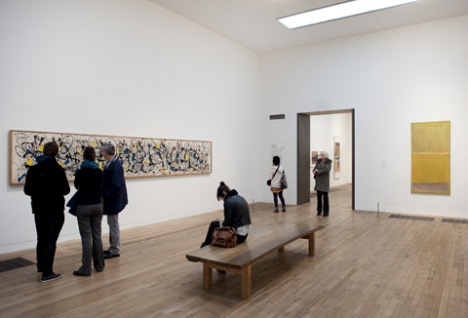 Following the so-called 'golden-era' of British art under New Labour, the Conservative government has cut huge swathes of funding for culture. This has lead to a reliance on the National Lottery as a source of funding, which, Hewison argues, could lead to disintegration in the arts sector. If the years of the late nineties and early noughties were golden, the years that followed are "lead".

Speaking to the Independent on Sunday, Hewison criticised the Secretary of State for Education, Nicky Morgan, who earlier this month claimed that students were narrowing their career options by studying an arts or humanities subject. Hewison states that "creativity does not depend on targets, testing and tables, but an education system that does not positively discriminate against the arts, as this one does."

The increasing instrumentalisation and managerialism in the arts begun by Blair's government, Hewison says, amounts to a "Faustian pact":

"There was more money for arts and culture," he says of the so-called "golden era", beginning in 1997 at the inception of New Labour and lasting through the early 2000s. "But the price was a lack of trust, which hampered the conditions under which creativity flourishes."

Speaking on BBC Radio 4's Thinking Allowed, Hewison argues that the influx of public funding has lead to the idea that merely sticking "iconic buildings" will automatically lead to regeneration. The arts, under New Labour, was seen as the magic bullet that would fix Britain's economic problems, as well as increasing public engagement with the arts. Yet, has this worked?

The latest official figures for public participation in the arts, heritage, museums and gallery-going show no significant change since the Department for Media, Culture and Sport’s survey, Taking Part, began in 2005 under a New Labour government seeking a way forward from the era of ‘Cool Britannia’.

Over this period, the DCMS has directed more than £15 billion of grant-in-aid and National Lottery funds towards the cultural sector, yet audience numbers and their social make-up remain scarcely altered.

The reasons for this policy failure are discussed in Hewison’s new study of the period 1997-2012, Cultural Capital: The Rise and Fall of Creative Britain. In it he draws on a sophisticated intellectual history of culture and politics to argue that the rhetoric of ‘Taking Part’ is a fig-leaf for a failure of public policy: the arts cannot be placed at the service of the economy to compensate for fundamental inequality.

Culture has not escaped class: ten years of “investment” in the arts and heritage have had zero effect on the social makeup of the audience for culture. Hewison argues that social, economic and technological change means that culture is more, not less important – and all political parties have to take it seriously.

The DCMS comments on the latest results: “those in the upper socio-economic group had higher participation and engagement rates for all sectors reported on in Taking Part”. This is “significantly greater” for museum and gallery going. Participation by black and minority ethnic groups is consistently less than that of the white population.

Robert Hewison comments: “The DCMS set these relatively modest targets – is participation just once a year really “taking part’? – in order to increase access to the arts and heritage, but the figures are flat lining. Now that cultural funding is falling off a cliff,whatever government is elected in 2015 will have to have a radical rethink of cultural policy.”

To hear the interview on Thinking Allowed, visit the BBC Website.

To read the full interview, visit the Independent website.

Robert Hewison's Cultural Capital is out now. It is available to purchase from the Verso website with a 40% discount and a free bundles ebook.
Tagged
Articles
Broadcast