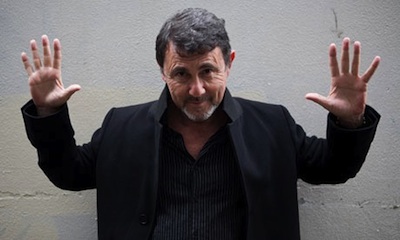 The following is a statement from the UJFP, the French Jewish Union for Peace:

Already banned (effectively) from the Maison des Associations on Nice’s Place Garibaldi two years ago, Shlomo Sand is now silenced in the place where we would least have expected it: the university!

The UNIA (Université de Nice Inter-Âge) had planned a public lecture for Wednesday 19 November entitled ‘Actuality of the Israeli-Palestinian conflict’, organised and presented by Yvan Gastaut (professor of contemporary history) with Shlomo Sand, professor at the University of Tel Aviv, invited to come and speak. We learned on the 6ththat this meeting had been cancelled – without any explanation.

What had happened, then? A technical problem at the venue? A participant falling ill, or being otherwise occupied?

With a simple email dated 2 November (and all our citations come from this document), Mr. Roger Guedj, emeritus professor at the Université de Nice Sophia-Antipolis, warned the ‘leadership’ of the UNIA against the invite offered ‘to a questionable and widely-questioned historian on a particularly sensitive subject linked to the Israeli-Palestinian conflict’ and who ‘questions the creation of the State of Israel’.

Is the university not the proper place for controversy and debate? Alas! Mr. Guedj decided already: ‘lectures on current topics must be the object of consensus…’ In conclusion, he ‘hope[d] that it [would be] postponed, awaiting our leadership’s discussion of whether it is appropriate’. There was soon consensus at the UNIA… and this was put into action, with the meeting cancelled.

Two professors from the University of Nice, alerted to this, immediately expressed their indignation:

Jean-Marc Lévy-Leblond (extracts): ‘S. Sand’s theses are, certainly, the object of doubt, but that does not at all make him a “dubious” historian, and his academic position is testament enough to this… No, Sand does not at all challenge the existence of the State of Israel, indeed he is an Israeli citizen… the UNIA has the vocation of developing (rather than doling out....) culture, and in a convivial atmosphere, I shoud hope; but I do not much believe in harmony, since culture is only alive through and in confrontations’.

André Tosel (extracts): ‘I know and have read this historian of great intellectual talent and moral courage. This decision silences and sullies the university world for which UNIA claims to stand. Intellectual life does not consist of giving your blessing or dodging the issue. The contradictions of history have to be taken head on, arguing loyally and with respect in the discussion of analyses, rather than being neutralised by the reigning moral order’s prejudices regarding what can be expressed. These latter, alas, are a speciality of Nice’s. The university body and the Université de Nice Sophia-Antipolis must restore their intellectual prestige marred by this decision, repudiating and overturning it without delay!

The Zionists will not dictate their rewriting of history, in Nice or anywhere else!

Shlomo Sand is an Israeli academic who teaches at the University of Tel-Aviv –and he isn’t censored there – and is the author of many works of history including The Invention of the Jewish People and The Invention of the Land of Israel. The Zionists cannot forgive him for having questioned the founding myths of their ideology, namely the exile of the Jews and their return.

We can have disagreements with Shlomo Sand, as with any researcher. The Zionists have chosen to try to gag him. The meeting that was meant to take place at the Université de Nice Inter-Âge on 19 November was banned without explanation after the intervention of a professor from the Université de Nice Sophia-Antipolis, arguing that a lecture on the subject ‘Actuality of the Israeli-Palestinian conflict’ would have to be the object of consensus, this not being the case for ‘such a dubious historian’.

Too much – it’s too much! The Israeli government has just committed acts against the Palestinian population that the Russell Tribunal on Palestine called war crimes, crimes against humanity and incitement to genocide. Israel society in its majority approves of these crimes, partly because it is worn down by an incessant propaganda that denies Palestinians their dignity and their rights.

We will not let those who support a criminal policy silence our voices. We salute the two Nice academics, Jean-Marc Lévy-Leblond and André Tosel, who have protested against this attack on freedom of expression. Nice, whose mayor treats Roma people as ‘delinquents’ and banned Rachid Bouchareb’s ‘outlaw’ film, is a city where this freedom is under threat. Already two years ago, Shlomo Sand was forbidden from speaking in Nice. And in that same city in 2003, a meeting with Leila Shahid, Michel Warschawski and Dominique Vidal was also banned.

We can also recall the case of Stéphen Hessel, barred from speaking at the École Normale Supérieur in 2011, or the ‘Israel, Apartheid State’ conference banned at Paris VIII in 2012. The UJFP (French Jewish Union for Peace) denounces these attacks on freedom of expression, which serve only to cover up for the destruction of Palestine that is currently underway. It demands that Shlomo Sand be able to speak freely at the university.

Translated from the French by David Broder.
See the original text here.