Twenty years ago, on 30 November 1994, Guy Debord put his affairs in order and shot himself through the heart, ending one of the most brilliant and original careers in modern European history. In his sixty-three years he had co-founded the Situationist International, the last of the historic avant-gardes. He had written some enduring revolutionary texts, including his best known, The Society of the Spectacle. And he had made several remarkable avant-garde films. For someone who managed to live up to his early slogan “Never Work!” he was remarkably busy.

He is now something of a canonical figure in literature, cinema and the art world. It has become commonplace to refer to the media sphere as a spectacle, and the cut and mix practices of today’s aesthetics appeals to the apparently similar Situationist practice of détournement for legitimation. He has been, as he might say, recuperated back in to spectacular commodity production. Such is the fate of all avant-gardes. 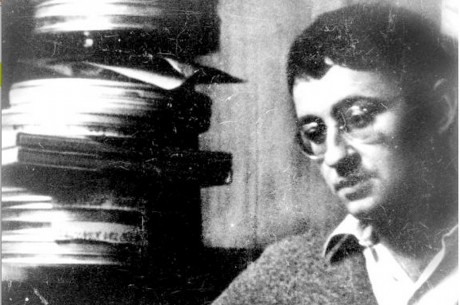 Debord’s work is quite deservedly canonized. His writing has an austerity and beauty all its own. His short autobiographical text Panegyric is a masterpiece. His last work on film, In Girum Imus Nocte Et Consumimur Igni is a highpoint in avant-garde cinema. The movement he co-founded, the Situationist International, endured for some fifteen years and involved some remarkable collaborators, such as Michèle Bernstein, Asger Jorn, Constant and Raoul Vanegeim, whose work is also celebrated and studied.

But for all that, Debord’s life and work has not entirely lost its radical charge. A key to this is the practice of détournement. All of his work contains chunks of material ‘plagiarized’ from other sources. For Debord, all of ‘culture’ is a commons, something made by and for everyone. Détournement is the practice of copying from the archive, but also of correcting it. This literary communism anticipates a more thorough communism to come. The practice of living and working outside the lines of private property can begin here.

Détournement had something of a pedigree in French poetry. It was the method Lautréamont used to compose his masterpiece, the Chant of Maldoror. Debord’s project takes this and other strategies from art and literature and applies them to the task of the critique and negation from within of contemporary media. What Debord calls spectacle much more than just another word for media, however. It is a key term in a critique of the totality of commodified life, that world we all experience how as a declension of being into having, and of having into appearing.

Debord’s is a total critique of a totally commodified world. But there are intimations of another life, still to be found, in the interstitial moments and cracks of everyday life, if one can live without dead time. This is that time devoted to selling one’s labor and then using the piddling wages paid for it to buy back the commodities labor makes. A young Debord had found intimations of another life while wandering the streets of Paris, a practice call the dérive. Experienced outside of work and leisure, the psychogeography of the city hints at the design of another city, for another life. A city of constructed situations for permanent play

It was apparent to Debord that the capitalism of postwar France was a new and strange kind of commodity economy, one in which even the parties and trade unions of the working class had become mere images of themselves. If there was a challenge to the spectacle it might come from boredom with the paltry pleasures of commodified life. And come it did, most famously as ‘May 1968’. Usually thought of as a student revolt, it was also one of the biggest general strikes in history.

The revolution against the spectacle did not come to pass. By 1972 Debord had wound up the Situationist International and gone into a kind of internal exile. His later work has a tone of revolutionary nostalgia, intended not to mythologize past struggles but more to give courage to those to come to look to their own situation and find what might be possible.

One thing that sharply separates Debord from other post-68 thinkers is that he does not celebrate the radical potential of desire or poetry or the free-floating sign. His thought is quite cold and strategic. Its finest embodiment is actually a board game. The Game of War is a training exercise in how to think strategies and tactics, quite different from the magical thinking about ‘revolt’ or the ‘event’ that still dogs Francophone thinking.

As commodified life changes form, so too do the strategies and tactics that might work in and against it. There’s not much leverage any more in Debordian détournement or dérive. This stage of the spectacle actually welcomes cut and paste ‘creativity.’ It is rather difficult to wander the streets when every step of the way is to be recorded by surveillance cameras. The lesson to be extracted from Debord is more that one has to start with a clear analysis of the present situation, then draw on past methods, repurposing them as you go.

The society of the spectacle was no static entity for Debord. He saw it in the sixties as having two forms: the concentrated and diffused. The former was characteristic of Soviet and Maoist states, the latter of the so-called free world. By the seventies, he thought France and Italy were examples of what he called the integrated spectacle, in which the capitalist economy of the diffuse spectacle and the involuted, secretive state of the concentrated form merged.

These days one might speak of a disintegrating spectacle, in which the centralized forms of mediating the spectacle break down into fragments but retain their commodified form. Thus these days we all have to participate in making display ads and writing advertising slogans – selfies posed in newly purchased outfits – assuming the burden of doubling the consumption of things with the consumption of images. All against the background of what Debord called a sick planet, groaning under the weight of waste.

McKenzie Wark is the author of The Spectacle of Disintegration, (2013, Verso Books).