From the archives of Atlantis: Ken Macleod reviews An Impatient Life

To review the memoir of an activist who lived well to the left of official Communism is usually to begin with an apology for its subject's obscurity, and for the difficulty of explaining to the average reader the weight given in the text to storms in teacups and brawls in backstreets. All the more so when the activist concerned was a leading member of an organization usually (though in this case imprecisely) referred to as Trotskyist. 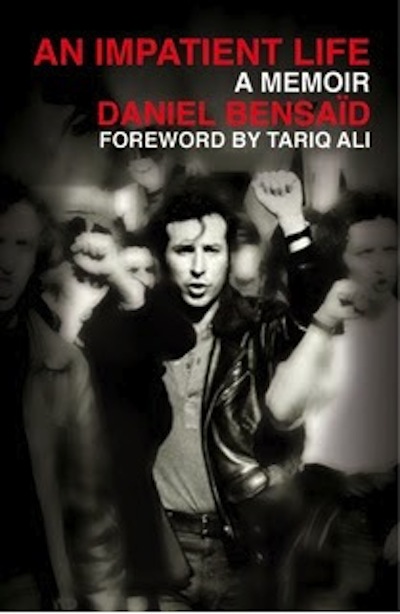 No such apology is needed for Daniel Bensaïd's An Impatient Life (Verso, 2013). Quite the contrary. At the time of his untimely death in 2010 Bensaïd was France's best-known Marxist public intellectual, and his cast includes a surprising number of names known even in Britain. Many of his minor characters went on to achieve remarkable things in intellectual, cultural or political life, not only in France (and not only on the left). His major arguments are about questions that concern us all, or should. The events he lived through, from the Algerian War of Independence through May 1968 to the rise of a new anti-capitalism and a new Latin American left, continue to shake the ground we walk on. The personal element is related with an eye for the telling detail, the sore spot and the tender touch that would credit a good novelist.

Nonetheless, Tariq Ali is right to say in his foreword that 'Reading much of this material today is like delving into the archives of Atlantis.' (The foreword is followed by an eleven-page list of abbreviations.) Sebastian Budgen, who kindly sent me this review copy, has written an informative and moving overview of Bensaïd's life for fellow Atlanteans.

For those unfamiliar with that world beneath the waves, two aspects of Bensaïd's memoir may stand out. The first is the remarkable structure: almost every chapter begins with a personal recollection, stage by stage from childhood on, and expands into an erudite theoretical reflection that brings us sharply to the present -- in fact to our present, beyond the narrator's death. From love to Leninism, journalism to Jewishness, Bensaïd always has something interesting and original to say.

The second is the truly amazing range of individuals and events that were influenced and affected by the activists and actions noted and footnoted on Bensaïd's pages. For anyone interested in the recent past, it's a sustained series of surprising revelations of how the world was in fact changed from the one Bensaïd was born in to the one we live in. If we want to change it further, we have a lot to learn from Bensaïd's unrepentant self-criticisms.