In this blog series we bring you recommended reading lists as selected by Verso authors. Our next installment comes from Alexander Beecroft, author of An Ecology of World Literature: From Antiquity to the Present Day, choosing important works of world literature unavailable in the English language. 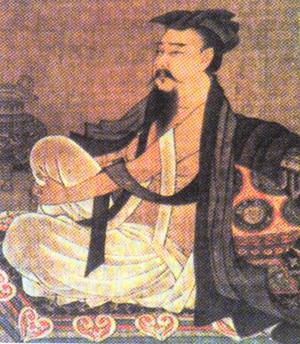 There are plenty of lists out there telling you which works of world literature you should read. I could give you one of those: the Odyssey;the Analects of Confucius; the Thousand and One Nights; some Noh drama (Izutsu, perhaps); a little West African epic (Sunjata). All absolutely worth reading, but I’m going to offer something different with this blog post: a list of five works of world literature which you may not be able to read (even if perhaps you should) – because they haven’t been translated into English, or there is no readily available translation into English. I haven’t read many of these texts myself, but have come across them in my research, and wish they were more available to me and to you. Let these five stand in for the thousands of other books, great, good, and bad, we won’t be able to read until somebody translates them.

I’ll begin with a text I have read (and one which has actually been translated; a translation by Graham Hartill was published in China in 1988 and reprinted there in 2006, but it’s available in only a handful of university libraries, and not for sale at Amazon). Chinese poetry begins somewhere around 800 BC, with the ritual and folk poems of the Canon of Songs, and develops during the Han dynasty, particularly in the direction of the fu, an elaborate-prose poem on a theme suitable for presentation at court. But it is in the Six Dynasties era (220-589 AD), the period of disunion following the collapse of the Han dynasty, that distinctive individual voices really begin to develop in classical Chinese poetry. One of the most memorable of these voices belonged to Ruan Ji, one of the so-called “Seven Sages of the Bamboo Grove.” The Seven Sages were a group of intellectuals who had risen to prominence under the Wei dynasty, the short-lived successor to the Han. The Wei ruling house, the Cao family, produced several great poets themselves, and poetry, painting, religious learning and “pure conversation” flourished in their era, but under their successors, the Western Jin, life got more complicated for intellectuals, and the Seven Sages (we are told) cultivated an air of eccentricity to provide an alibi for their detachment from court and continued artistic and scholarly production.

In this milieu, Ruan Ji composed a series of poems whose title I translate somewhat floridly as Poems which sing my emotions. This collection of eighty-two poems has long been read as a kind of “poem-cycle à clef,” in which Ruan Ji attacks his opponents in thinly-veiled language. Who is meant to be who isn’t always easy to determine, and anyway only the specialist today would care, but the poems themselves are beautiful, and are also enormously influential in shaping the historical development of Chinese poetry as a form in which elite men express their frustrations in carefully-coded language. Here’s the first poem from the collection, which is practically a catalogue of the most powerful images in classical Chinese poetry:

The middle of the night – I cannot sleep. Rising and sitting, I strum my lute.
The light curtain reflects the bright moon, A fresh breeze blows my sleeves.
Alone, a wild goose cries in the distant wilds, Soaring birds sing in the northern woods.
Pacing back and forth – what might I see? Sad thoughts wound my lonely heart.

Perhaps the most influential works in the entire corpus of world literature are the two great Sanskrit epics the Mahabharata and the Ramayana, which have been translated and adapted an enormous number of times, and form the center of the canon of vernacular literatures across South and Southeast Asia. To this day, they are also the basis for popular entertainment, including film and television, as well as older folk forms like shadow puppetry.  They’ve been poorly served in translation – the Mahabharata in particular has yet to appear in a complete scholarly translation, though in fairness the poem is about ten times as long as the Iliad and the Odyssey combined. Vernacular translations of the epics are hugely influential in the many languages of India and Southeast Asia, and they’re fascinatingly different from the original, each reflecting in its own way the qualities of its own time and place.

One of the more unusual retellings of the Ramayana that I’ve heard of is the Lpoek Angkor Vat. Written in Khmer (Cambodian) in about the seventeenth century, the story is framed as praise for the legendary Prince Ketumala, son of the god Indra. Indra sends his divine architect to earth to construct a palace for Ketumala (the world-famous Angkor Wat temple complex), which he does in one night. By including a series of descriptions of the bas-reliefs at Angkor Wat representing the story of Rama, the Lpoek Angkor Vat becomes its own retelling of the Ramayana, seen now as an embellishment of the glory of the Khmer past.

Angkor Wat was built in the twelfth century, when the Khmer ruled over most of mainland Southeast Asia. The Lpoek Angkor Vat was composed some five hundred years later during a time of great national weakness, when the Khmer were pawns of a great power struggle between the Thai and Vietnamese kingdoms, when the capital had been moved far away, and Angkor Wat lay all but abandoned. The poem renews the ancient temple in a dark hour of the Khmer state, and in the process re-invigorates literature in Khmer. Here’s a fragment of the end, translated from a French translation by Ashley Thompson:

“This poem was re-written from one reign to the next, on the basis of Angkor Wat, built through the merits of its King.”

But such an act of multiple translation can tell us nothing of the style or power of the original. To read it is like viewing the sculptures at Angkor Wat without knowing the story of the Ramayana.

Beschi was born near Mantua, in the era in which that city’s Renaissance Humanist glories were in terminal decline. He joined the Jesuits, and sought out a mission in South India. While the Portuguese, French, and others, had footholds in south India during this era, most territory was in the hands of the Mughals and their regional agents the Nawabs of the Carnatic, who faced competition from the growing Marathi empire as well as from the Europeans.

Like many Jesuits in other parts of the world, Beschi adopted aspects of local culture in his campaign for converts. Beschi took going native to something of an extreme, however, becoming a master of the Tamil language and composing an epic poem in Tamil on the subject of the life of Saint Joseph. The Thembavani is said to draw on two rich, but utterly distinct, strands of epic tradition: the Tamil tradition of devotional epic, which in turn derives from both Sanskrit epic and a rich local lyric tradition; and the Renaissance Italian epic tradition of Ariosto and Tasso.  As such, it ranks as one of the earliest works (to my knowledge at least) which attempts to integrate European and non-European aesthetics into a single work of imaginative literature. It’s an unbelievably strange and fascinating prologue to colonial and post-colonial literature, but one not accessible to those who don’t know Tamil. Elijah Hoole, a nineteenth-century Methodist missionary who himself translated parts of the Bible into Tamil, offers a glimpse into this strange text, with some selections from the description of Jerusalem in the second canto:

“There were swarms of contending crocodiles, showing teeth sharp as a sword, and curved like the fair new moon, opening their fleshy mouths, and flashing fire from their eyes, as though the moat had formerly been deepened to hell, and the demons lying there had assumed and wandered about in a terrifying form.”

It’s one of the first novels written in Ottoman Turkish, and one of the most highly acclaimed, a sort of Madame Bovary set in turn-of-the-century Istanbul. The television series it inspired was a hit across the Islamic world, and was adapted into a telenovelaset in 21st-century Miami by Telemundo, but this major Ottoman Turkish novel of the turn of the century is not available in English (though it has recently been translated into German).

I translated a sentence from the opening of the novel (from the review of the German translation in Der Spiegel):

“They were by now so used to these chance encounters with the mahogany boat, which came close to a collision with them each time, that today they barely seemed to notice when, on their return from Kalender, they came within a hair of colliding with it again.”

This sentence seems to give us what we want from a novel – hints of complex and perhaps illicit social interaction among the well-to-do; a whiff of exoticism; the sense of total immersion in a social world – that it’s frustrating not to be able to read more.

He was for a time a member of the Académie Française, and made the cut when a number of French critics were asked to name their top ten writers in French in the twentieth century. Yet he was born to American parents, remained an American citizen his entire life, studied at the University of Virginia and remained fascinated with the American South throughout his life. Although a prolific writer of novels and plays, Green is best known for his extensive diaries, of which only a tiny fraction has been translated into English.  These diaries, written over a period of eighty years, explore Green’s complex inner life. Devoutly Catholic and yet insistently gay; a French intellectual and a Southern nationalist: the contradictions of Green’s psyche frustrate as much as they fascinate, and the juiciest details have been suppressed until the fiftieth anniversary of his death, in 2048, but in the meantime, Green’s diaries stand as perhaps the greatest monument of twentieth-century French literature still unavailable in English, and a fascinating reflection of the writer caught between art and life:

“There was something in my life which I hadn’t understood clearly enough until today: for the past four years, I had fled before the book I wanted to write. All those countless attempts which turned back early – how had I not understood where they were going? This all came from the fact that I had never published  Le Malfaiteur [a novel he wrote in 1938, but did not publish until the 1950’s]. For a writer to be free, it is not enough to write a book: the public must know it. Everything I had written for the past four years: memoirs, diary, prefaces, talks – had been written in place of something else.” (22 September 1944)

Alexander Beecroft is the author of An Ecology of World Literature. 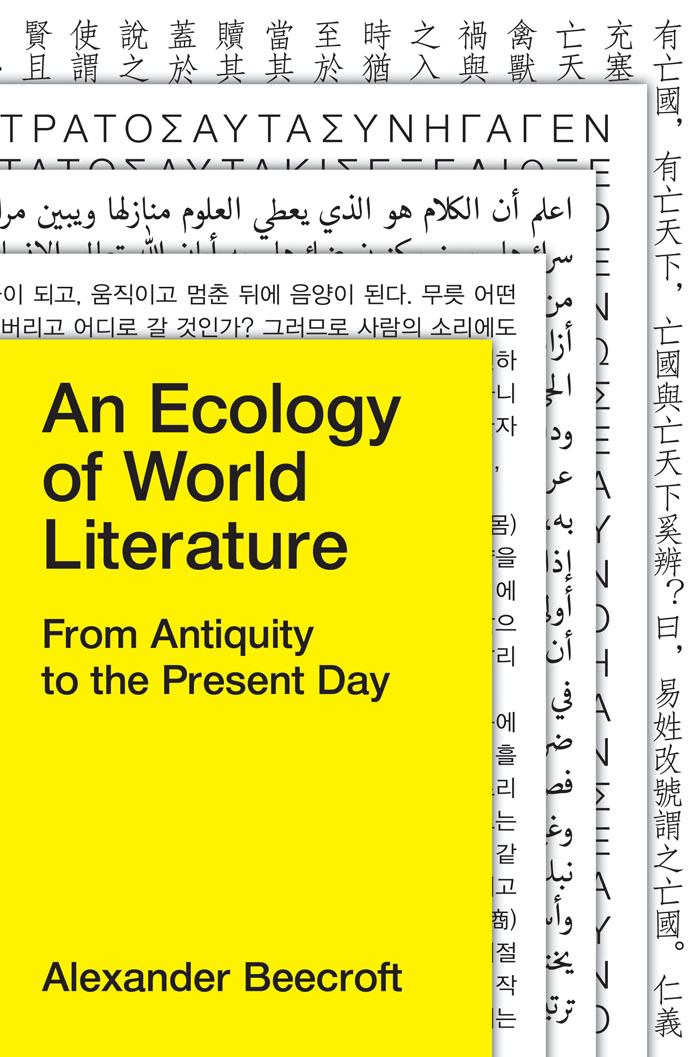