'No to National Unity!' 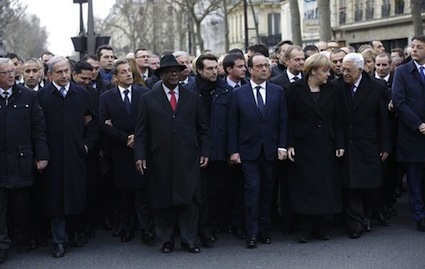 We still feel disbelief, sadness and anger over the hateful attack against Charlie Hebdo and the shameless anti-Semitic massacre that followed. We were disgusted to see artists being slaughtered because of how they freely expressed themselves: a killing perpetrated in the name of a reactionary ideology.

We share the feelings of those who have taken to the streets to protest. But these demonstrations were hijacked by pyromaniac firefighters who had no shame in exploiting the victims’ corpses to revive their own interests. Valls, Hollande, Sarkozy, Hortefeux, Copé, Merkel, Cameron, Juncker, Erdogan, Orban, Netanyahu, Avigdor Lieberman, Naftali Bennett, Porochenko, Putin’s representatives, Ali Bongo… this was a display of rank hypocrisy. This indecent masquerade in fact did little to mask the bombs that the West has been dropping on Iraq over the last week, as ordered by one of the march’s leaders; the thousands of deaths in Gaza, where Lieberman thought it might be a good idea to use nuclear weapons, while Naftali Bennett boasts of how many Arabs he’s killed; or the million victims of the sanctions against Iraq. The people we saw at the head of last Sunday’s march in Paris have ordered many such atrocities in other parts of the world.

‘Everyone should come to the demonstration’, Prime Minister Manuel Valls declared, as he loudly invoked ‘freedom’ and ‘tolerance’. The very same man who banned rallies against the massacre in Palestine, had striking railworkers tear-gassed, and had the police beat up high-school students protesting in solidarity with expelled sans-papiers classmates, now has the gall to give us lessons on freedom of speech. The same man who trumpets his record successes in expelling Roma people now spouts nonsense about ‘civilisation’. In France, he tells us, freedom of expression is sacred and we have the right to blaspheme: though there is clearly no level playing field for the subjects of blasphemy, since ‘attacks on the national anthem and flag’ are punished with heavy fines or even imprisonment. Maybe the Parti Socialiste or [right-wing] UMP can tell us how their official condemnations of fundamentalism fit with selling weapons to Saudi Arabia, where women have no rights, apostasy is a capital offence and immigrants are subjected to a fate not much different from slavery.

We will not join in with national unity [the ‘union sacrée’]. We’ve already seen what butchery that can lead to. In the meantime, the blackmail-appeal for national unity serves to defuse the angry social movements and the revolt against the policies implemented in France across a number of years.

Manuel Valls beats us over the head with ‘We are all Charlie’ and ‘We are all the police’. Firstly, no, we are not Charlie. Even though we were horrified by the deaths of its cartoonists and journalists, we cannot associate ourselves with the obsessive hostility to Muslims that took root in this publication – always characterising them as nothing more than terrorists, benefits scroungers and morons. We could no longer see in what sense Charlie was anti-conformist – unless conforming to the norm of stigmatising the most stigmatised today counts as anti-conformism.

And we are not the police. The death of three police officers is tragic. But that doesn’t mean that we will join in the paeans to the police as an institution. Racial profiling, raids against undocumented migrants, the daily humiliations, the sometimes deadly beatings doled out in police stations, the flash-balls that mutilate and the grenades that murder, would stop us from ever doing so. And if we do have to put a candle by the window to mourn the victims, then we will also do so for Eric, Loïc, Abou Bakari, Zied, Bouna, Wissam and Rémi, all of them victims of police violence that was perpetrated with total impunity. In a system in which inequalities are soaring and unabashed luxury stands next to the most crushing poverty – without the mass of people rebelling against this, yet – we will also light a candle for the six homeless people who died in France in the week around Christmas.

We stand in solidarity with all those who feel endangered after the proliferation of incitements to hatred, the ‘Death to Arabs’ graffiti and the arson attacks on mosques. We are angered by the calls on Muslims to distance themselves from what happened: did we demand that Christians repudiate Anders Breivik’s crimes, committed in the name of the white Christian West? We also stand together with the people on the receiving end of resurgent anti-Semitism, so dramatically demonstrated by last Friday’s attack.

Our horror faced with this atrocity will not make us forget how selective people’s anger can be. No – no national unity. We together will work for this immense mobilisation to continue independently of the governments who make criminal geopolitical decisions in Africa and the Middle East and drive unemployment, precarity and desperation in France. We will work so that this collective impulse can lead to a subversive, rebellious, boundless spirit of revolt, imagining a different kind of society – just as Charlie long wished for. 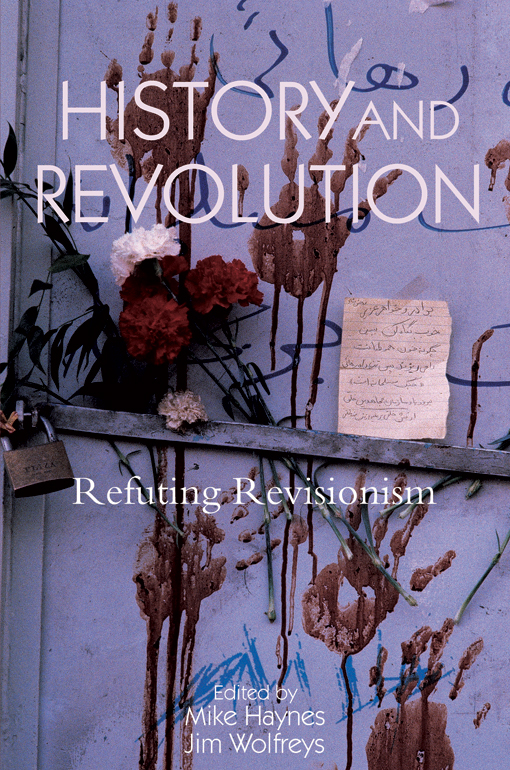