Verso Classics: back in print and 40% off!
10 days left
Maya Osborne
comments

Yesterday morning, journalist and former Anonymous member Barrett Brown was sentenced to 63 months in prison and fines of $890,000, having already been detained for 31 months on charges for “merely linking to hacked material.” This sentence was issued in spite of what swathes of journalists, as well as Brown himself have called “a dangerous precedent,” the implication being that journalists who use hacked material may be similarly indicted. Read Brown’s statement following his sentencing below: 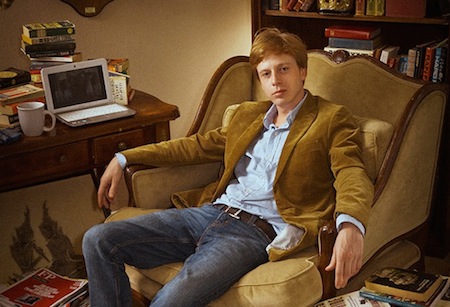 Good news! — The U.S. government decided today that because I did such a good job investigating the cyber-industrial complex, they’re now going to send me to investigate the prison-industrial complex. For the next 35 months, I’ll be provided with free food, clothes, and housing as I seek to expose wrongdoing by Bureau of Prisons officials and staff and otherwise report on news and culture in the world’s greatest prison system. I want to thank the Department of Justice for having put so much time and energy into advocating on my behalf; rather than holding a grudge against me for the two years of work I put into in bringing attention to a DOJ-linked campaign to harass and discredit journalists like Glenn Greenwald, the agency instead labored tirelessly to ensure that I received this very prestigious assignment. — Wish me luck!

Visit The Sparrow Project to read the article in full.