"Women’s Liberation’s emphasis on experiential subjectivity was not just a matter of asserting ‘I feel’. It was also affected by a longer term search within the left for an understanding of how to connect material life and an inner consciousness of being."

On the occasion of the new edition of Woman’s Consciousness, Man’s World, Sheila Rowbotham looks back at the world of its initial birth in the Women's Liberation movement, as she sought to situate her feminist politics in relation to the changing shape of capitalism to forge a new way to describe the interaction between inner perceptions and external material life.

Writers often say they walk for inspiration and Finnish friends assure me the sauna is the place for original thoughts, but Woman’s Consciousness, Man’s World was incubated on the 38 Routemaster bus, which used to take me from Hackney me to the British Library (then on Great Russell Street).

I wrote it between 1969 and 1971 when the Women’s Liberation Movement was just beginning to take off in Britain and the book springs out of the very beginnings of the movement in Britain. I have always tended to assume that if I had an idea everyone else must already know of it. But participating in a movement gave me an impetus to believe that my perceptions could contribute to a wider challenge to prevailing cultural assumptions. Remarkably Woman’s Consciousness, Man’s World would reach many countries, including Iran. 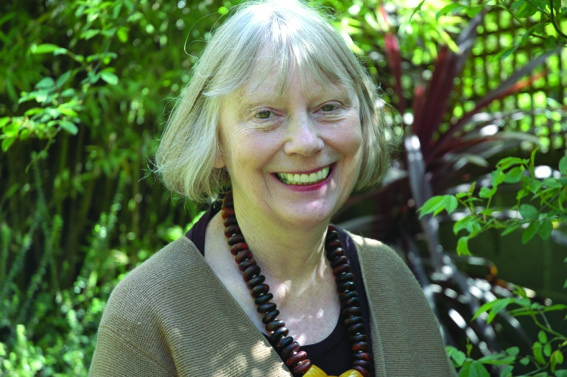 After doing an article for the left paper edited by Tariq Ali, Black Dwarf, I had written a pamphlet called Women’s Liberation and the New Politics, published in the summer of 1969. I incorporated some of this into the first part of Woman’s Consciousness, Man’s World, which draws on my own experiences as a young woman growing up during the 1950s and 60s. So this section of the book follows on from the account in my memoir Promise of a Dream.

I began like the blithe fool in the tarot, on the very edge of the cliff carrying in my bundle a veritable host of quests, unaware how I would keep returning to them from differing angles over the following decades. By the time I was finishing the book in 1971, I could see that the shift in consciousness that seemed just to happen in the late 1960s, had not  developed in a ‘lacuna’. It was rooted in earlier ideas and rebellions and also in the changing shape of capitalism.The second half of the book seeks to situate these personal feelings and impressions in a broader social context. However the result would be that the book did not appear until 1973. Ideas seemed to whiz past so quickly in the late 1960s and early 70s, that I worried it was rather old hat when it was published as a Pelican. By then concepts which had been so hard to articulate had come to seem self-evident and Women’s Liberation had become a movement of several hundred small base groups, holding conferences and mounting campaigns for free contraception, abortion, nurseries, equal pay and democratization within the welfare state.

I was in my twenties and carried the mighty burden of retelling the history of everything, bouncily on young shoulders. Hence, Woman’s  Consciousness, Man’s World had been wrapped up with the historical chapters in Women Resistance and Revolution. Neil Middleton, my editor at Allen Lane, wisely prised them apart. 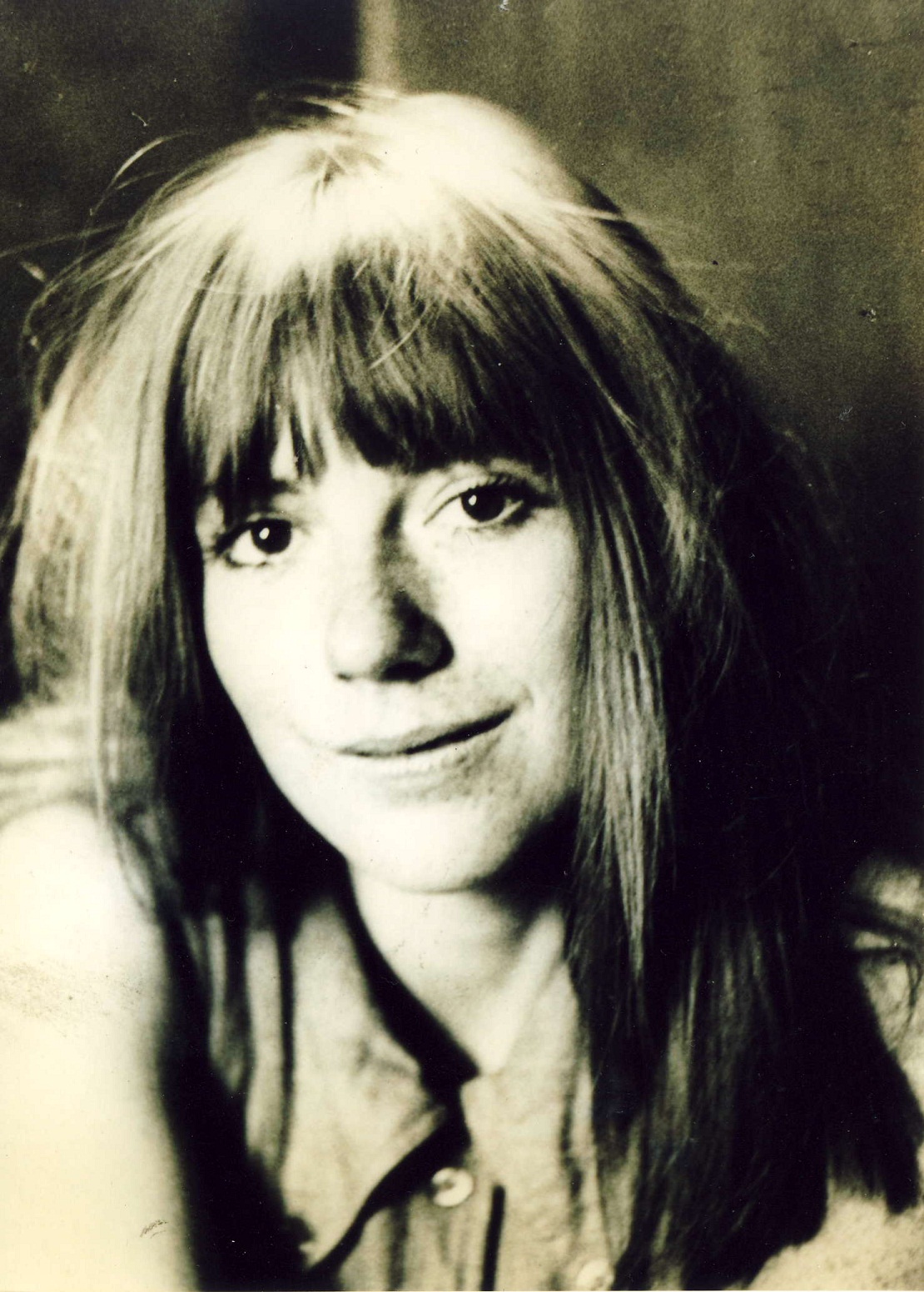 The small consciousness raising groups inspired by American women who had been part of the Civil Rights movement and the New Left provided  ways of testing out personal experiences with other women. They were vital in imparting confidence and in enabling us to contest prevailing cultural concepts about ourselves as women. However, Women’s Liberation’s emphasis on experiential subjectivity was not just a matter of asserting ‘I feel’. It was also affected by a longer term search within the left for an understanding of how to connect material life and an inner consciousness of being. Many, like myself, were steeped in the writings of Simone de Beauvoir, Jean Paul Sartre, Franz Fanon and the early Marx. I was just beginning to read Gramsci on cultural hegemony.

Two of the quests in my bundle were to understand how external and internal shifts interact and to plumb the resilience of habit regardless of conscious awareness. While writing the book I bumped into the ideas of Karen Horney, Ruth Benedict and Margaret Mead and decided somewhere, buried in psychology or anthropology lay vital clues which could explain the gendered power which denoted the male voice as authoritative, despite all the incursions women kept making. It would not be long before I realized other feminists were better qualified than I to reconstitute psychology and anthropology and that there was plenty to do as a feminist historian!

Reared in the 1950s, when women’s difference from men was so strongly emphasized, I was inspired by the ideas of equality stirring among trade union women. Early in 1970 I helped to bring Audrey Wise, then a trade union organizer for the shop workers in USDAW, and later a Labour MP, to speak at the first Women’s Liberation Conference. From the late 1960s, she, and a minority of radical women in the unions were insisting equality was vital, but not enough. They were arguing that women’s real equality at work was integrally linked to a change in culture and society. 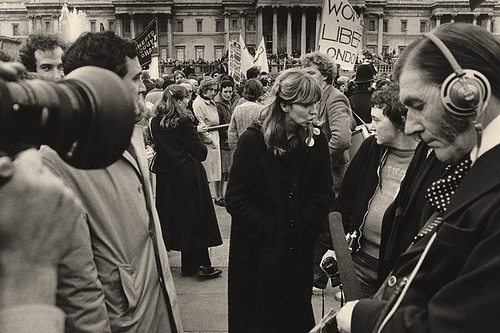 Influenced by the bravery of the American Civil Rights movement and by the  struggle in South Africa against apartheid, they were determined not to be ‘fobbed off’. Scouring the TUC Reports, I found ‘Miss J. O’Connell’  in  1968, declaring, ’We want more than the promise of a dream’. Many years afterwards she came up to me after I spoke at a meeting and explained she had been at a trade union course on South Africa and this had given her the idea of challenging ‘industrial apartheid’.

If participating in the Women’s Liberation Movement attuned my ears to women’s voices, along with other socialist feminists, I examined women’s subordination within the theoretical framework I knew of Marx and Engels’ writing. Their influence was illuminating and we mined it extensively. But when it came to tracing the interaction between inner perceptions and external material life or how to both acknowledge and transform women’s activities in the household and child rearing, Marxist texts were apt to wear somewhat thin.

I owe a debt to Bob Rowthorn, who, as an economist, had recommended combining reading Marx and Engels with looking at what was actually going on in modern capitalism. Woman’s Consciousness, Man’s World, thus contains glimmers of a new capitalism in which gender relations were being reshaped, not according to our ideas of freedom and  equality, but according to the interests of capital accumulation and the market. Reliance on the expansion of consumption, low paid service work and technological innovation were all already evident in the late 1960s and early 70s.

Audrey Wise, too was well versed in Marxism, and also aware from her union work with shop workers about the actuality of shelf filling in the new supermarkets. She patiently explained why resistance to being simply ‘adjuncts to machines’ and the imperatives of the profit system was part of women’s  struggle for liberation, as well as combatting male cultural domination within the left and the labour movement. Moreover, Audrey argued the value some women placed on caring for human beings carried radical implications. She listened for the dream behind the immediate complaint.  ‘If the economy wants me to work nights, I want a different economy’, a woman worker told her.

Towards the end of Woman’s Consciousness, Man’s World,  I stumbled  towards an idea that Lynne Segal, Hilary Wainwright and myself would elaborate in Beyond the Fragments (Merlin: 1979; 2013). It was circulating among socialist feminists during the seventies not just in Britain, but in many countries, including India and Greece. Some of us were arguing our movement, along with all movements for freedom and equality, contained specific perspectives which could strengthen resistance overall. This was in contrast to the dead end of a separatist enclosure within a distinct identity.

I regret how this aspiration to both assert and to go beyond one’s particular experience of oppression came to be historically occluded, for it intimates a society in which we might be at once more deeply individual and lovingly connected to others.

The context from which Woman’s Consciousness, Man’s World, emerged has become history now. But I am convinced many of those quests bundled into its pages are not old hat at all, despite being expressed in a different idiom than they would be in 2015.

Up to you, dear new reader, to make of it what you will.