Arun Kundnani's The Muslims are Coming! looks at the victims of the domestic War on Terror 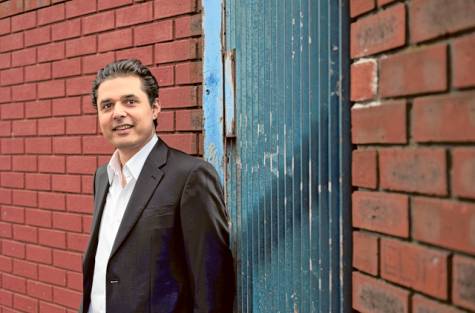 The avalanche of opinion that followed the attacks on Charlie Hebdo contained the familiar tropes of a post-9/11 discussion on radical Islam—good Muslims and bad Muslims, distorted interpretations of the Qur’an, and the threat of homegrown terror. Arun Kundnani, author of The Muslims Are Coming! Islamophobia, Extremism, and the War on Terror, writes that these reactions fall into two camps; the “culturalist” view, championed by the Bush Administration and Bill Maher alike, that sees Islam as a monolithic culture inherently opposed to secular values, and the “reformist” view, championed by liberals, that seeks to recuperate an authentic and apolitical Islam from extremist interpretations. Both camps define a reified Islamic culture as the object of intervention; the politics of empire and race are absent, as is any sense of history.

In the current climate of Islamophobia, a further entrenchment of the security state seems inevitable. In his discussion of the War on Terror at home, Kundnani tells the stories of Muslims targeted by programs of surveillance, entrapment, and coercion on both sides of the Atlantic.

“…he was ‘unfinished business’ from the days of COINTELPRO. And now the war on terror provided a new lens through which to view his activities.”

A black radical preacher from Detroit, Abdullah was deeply committed to improving the lives of his congregation—he ran a soup kitchen, tried to help those struggling with alcoholism and depression—and well-liked by his congregation. He was committed to the radical tradition of the Black Panthers, a movement whose revolutionary guard had been suppressed by the FBI’s counter-intelligence program (COINTELPRO).  In 2007, the FBI recruited three members of Abdullah’s congregation as informants with a huge payout, convincing the men to help move stolen goods. Imam Abdullah was shot and killed during a pre-planned raid on such a moving operation.

Shahed Hussain, a Pakistani immigrant who had been granted political asylum in the US in 1991, was arrested in 2001 for running a driver’s license scam. Faced with deportation and federal charges, Hussain was offered the chance to remain in the US if he became an informant  on the local Muslim community for the FBI. In 2003 he involved Mohammed Hossain and Yassin Aref in a purported business loan deal. Prosecutors presented the case as a fund-raising operation for terrorist activities; Hossain and Aref, two innocent men, received fifteen-year prison sentences.

“Without the FBI’s help in supplying money, weapons, and often a specific plan of attack, the accused would not have had the capability to carry out any plot.”

A young Nicaraguan convert to Islam, Martinez began to take an interest in political  Islam, and the systematic oppression of Muslim minorities by the US military apparatus. He visited radical websites and shared his views on Facebook, both lawful activities under the First Amendment. His posts about the oppression of Muslims by the US—a fact borne out by institutional attitudes and increased military violence—soon caught the attention of an FBI informant. The FBI informant invited Martinez to meet with a like-minded fellow Muslim, in reality an undercover agent for the FBI. Over the course of several conversations with the FBI agents, the details of which have not been made public. Martinez went from expressing opposition to US treatment of Muslims to planning an attack on an army recruiting center. When Martinez asked the agent for a rifle, he suggested that Martinez use a car bomb instead, providing him with the vehicle, a fake bomb, and a detonation device. Martinez was arrested at the recruiting center with the fake bomb and sentenced to twenty-five years in prison.

“In Britain the new thinking on radicalization that emerged in national security circles beginning in 2004 became the basis for one of the most elaborate programs of surveillance and social control attempted in a Western state in recent decades.”

Jameel Scott was a student at Manchester University, and a member of the Socialist Workers Party. After participating in a peaceful protest at the university against a visit by the Israeli ambassador to the UK, Jameel was arrested on trumped up charges of racially aggravated public disorder. He was also told he would be placed under close surveillance by the anti-extremism project “Channel” for two to three years. As part of this anti-extremist intervention, counter-terrorism officers contacted his family, monitored his activities, “counseled” him, and prevented him from attending school trips.

Read Arun Kundnani’s account of Ayyub Abdul-Alim, a black Muslim who refused to be an FBI informant, in The Nation.

The Muslims Are Coming! is available new in paperback.