'Five questions that demand an answer' by Costas Lapavitsas

Yesterday the economist, Syriza MP and author of Crisis in the Eurozone, Profiting Without Producing and our blueprint for anti-capitalist change in Greece; Against the Troika: Crisis and Austerity in the Eurozone published a stark warning to his own party in light of the concessions made by the Greek government in the Eurozone talks. 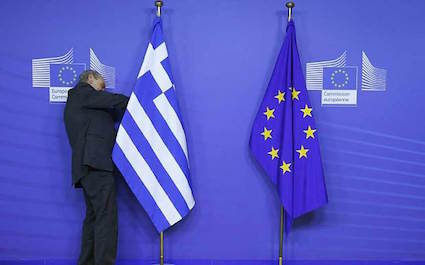 The Eurogroup agreement has not been concluded, in part because we do not yet know what ‘reforms’ will be proposed by the Greek government today (Monday 23 February) and which ones of those will eventually be accepted. However, those of us that have been elected based on the program of Syriza, and see the announcements made at Thessaloniki [i.e. the ‘Thessaloniki Program’] as pledges that we have promised to the Greek people, we have deep concerns. It is our duty to write them down.


The general program of the agreement has as follows:

1. Greece asks for the extension of the current loan support agreement, which is based on a series of commitments.

2. The goal of this extension is to allow for the conclusion of the assessment of the current agreement and to give time for a possible new agreement.

3. Greece will immediately submit a list of ‘reforms,’ which will be assessed by the ‘institutions’ and which will eventually be agreed on April. If the assessment is positive, then money that have not yet been given by the current agreement will be released, together with the returns from the earnings of the ECB.

4. The current funds of the HFSF will be used exclusively for the needs of the banks and will be out of Greek control.

5. Greece commits to fulfill fully and swiftly all of its financial obligations towards its partners.

6. Greece commits to ensure ‘adequate’ primary surpluses in order to guarantee the sustainability of the debt on the basis of the Eurogroup decisions in November 2012. The surplus for 2015 will take into consideration the economic circumstances of 2015.

7. Greece will not withdraw measures, will not commit any unilateral changes that may have a negative effect on the fiscal targets, the economic recovery, or the financial stability, as they will be assessed by the ‘institutions.’

On this basis, Eurogroup will begin the national procedures for the 4-month extension of the current agreement and it asks from the Greek government to begin quickly the procedure for the successful completion of its evaluation.

It is difficult for anyone to see how the announcements made in
Thessaloniki – which include the write-off of the biggest part of the debt and the direct replacement of the Memoranda of Understanding (MoUs) can be implemented through this agreement. Those of us who got elected with Syriza pledged that we would continue with the implementation of the National Plan regardless of the negotiations for the debt, because we deem it necessary for the restart of the economy and the relief of the society. It is necessary, therefore, to explain how these will be implemented and how the new government will be able to change the tragic situation that it inherited.

In order to be more specific, the National Plan included four pillars with the following costs for the first year:

2. Restarting of the economy with tax breaks, adjustment of “red loans,” creation of a Growth Bank, increase of the minimum wage to 751 euros (total of 6.5bn euros).

4.Transformation of the political system with interventions in the local government and in the parliament.

The sources of funding, again, for the first year had been calculated as follows:

Given now the Eurogroup announcement, I ask:

How will the National Plan for Reconstruction be funded, when the 3bn euros of the HFSF are now out of the control of the Greek government Taking away these funds makes the collection of large sums of money from tax evasion and debt-clearing even more necessary, in a very short period of time. How realistic is such a prospect?

How will the debt cut-off proceed, when Greece pledges to complete fully and swiftly all of its financial obligations towards its partners?

How will the end of austerity come about, when Greece pledges to succeed in achieving ‘appropriate’ primary surpluses in order for the current humongous debt to be made ‘sustainable’? The ‘sustainability’ of the debt – as it used to be estimated by the TROIKA – was exactly the cause for this unreasonable hunt of primary surpluses. Since the debt will not be lowered substantially how will there stop being primary surpluses that are catastrophic for the Greek economy and constitute the essence of austerity?

How will any progressive change proceed in the country, when the ‘institutions’ will be exercising a harsh monitoring and will forbid unilateral moves? Will the ‘institutions’ allow for the implementation of the ‘Thessaloniki’ pillars, given that they have an direct, or indirect budgetary cost?

What exactly will change in the next four months of this ‘extension,’ such that the new negotiation with our partners will happen under a better position? What will put a stop in the worsening of the political, economic, and social situation in our country?

These moments are absolutely crucial for the society, the nation, and of course the Left. The democratic legitimization of the government is based on Syriza’s program. The least that is needed is for us to have an open discussion within the party and in the Parliamentary Group. It is necessary to give substantial answers immediately to these questions, in order to retain the large support and the dynamism given to us by the Greek people. The answers that will be given in the upcoming time period will decide the future of the country and of the society.

Originally Translated by The Greek Analyst.

This piece was originally published in Greek on Costas Lapavitsas's blog.

Against the Troika: Crisis and Austerity in the Eurozone by Costas Lapavitsas and Heiner Flassbeck is out now. 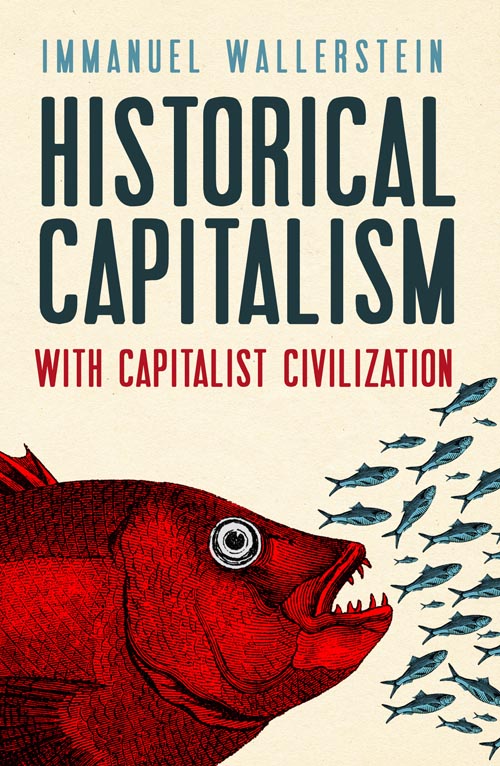