Platonov and the Anthropocene

"But we are making our way inside the world, and in response it is pressing down upon us with equivalent force." Platonov 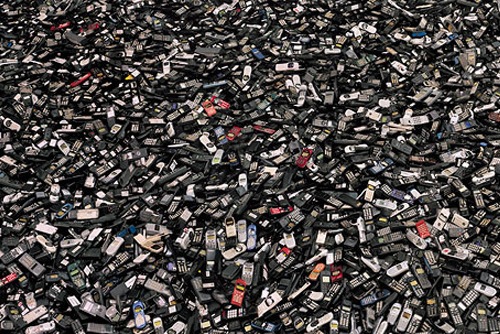 I want to read Platonov here as having an intuition of what the Anthropocene future is going to be like. He had ample first-hand experience of labor's struggles in and against nature, of trying to get things to work, of the recalcitrance and poverty of the material world. Many of his best fictional writings touch on this. Here is a short text from his notebooks circa 1935 where he mediates on this theme. It appeated in New Left Review No. 69 May-June 2011, but I decided to jailbreak it from out the paywall and share it here. It plays a key role in my reading of Platonov in Molecular Red.

One should keep one’s head down and not revel in life: our time is better and more serious than blissful enjoyment. Anyone who revels in it will certainly be caught and perish, like a mouse that has crawled into a mousetrap to ‘revel in’ a piece of lard on the bait pedal. Around us there is a lot of lard, but every piece is bait. One should stand with the ordinary people in their patient socialist work, and that’s all.

This mood and consciousness correspond to the way nature is constructed. Nature is not great, it is not abundant. Or it is so harshly arranged that it has never bestowed its abundance and greatness on anyone. This is a good thing, otherwise—in historical time—all of nature would have been plundered, wasted, eaten up, people would have revelled in it down to its very bones; there would always have been appetite enough. If the physical world had not had its one law—in fact, the basic law: that of the dialectic—people would have been able to destroy the world completely in a few short centuries. More: even without people, nature would have destroyed itself into pieces of its own accord. The dialectic is probably an expression of miserliness, of the daunting harshness of nature’s construction, and it is only thanks to this that the historical development of humankind became possible. Otherwise everything on earth would long since have ended, as when a child plays with sweets that have melted in his hands before he has even had time to eat them.

Where does the truth of our contemporary historical picture lie? Of course, it is a tragic picture, because the real historical work is being done not on the whole earth, but in a small part of it, with enormous overloading.

The truth, in my view, lies in the fact that ‘technology . . . decides everything’. Technology is, indeed, the subject of the contemporary historical tragedy, if by technology we understand not only the complex of man-made instruments of production, but also the organization of society, solidly founded on the technology of production, and even ideology. Ideology, incidentally, is located not in the superstructure, not ‘on high’, but within, in the middle of society’s sense of itself. To be precise, one needs to include in technology the technician himself—the person—so that one does not obtain an iron-hard understanding of the question.

The situation between technology and nature is a tragic one. The aim of technology is: ‘give me a place to stand and I will move the world’. But the construction of nature is such that it does not like to be beaten: one can move the world by taking up the lever with the required moment, but one must lose so much along the way and while the long lever is turning that, in practice, the victory is useless. This is an elementary episode of dialectics. Let us take a contemporary fact: the splitting of the atom. The same thing. The worldwide moment will arrive when, having expended a quantity of energy n on the destruction of the atom, we will obtain n + 1 as a result, and will be so happy with this wretched addition, because this absolute gain was obtained as a result of a seemingly artificial alteration of the very principle of nature; that is, the dialectic. Nature keeps itself to itself, it can only function by exchanging like for like, or even with something added in its favour; but technology strains to have it the other way around. The external world is protected from us by the dialectic. Therefore, though it seems like a paradox: the dialectic of nature is the greatest resistance to technology and the enemy of humankind. Technology is intended for and works towards the overturning or softening of the dialectic. So far it has only modestly succeeded, and so the world still cannot be kind to us.

At the same time, the dialectic alone is our sole instructor and resource against an early, senseless demise in childish enjoyment. Just as it was the force that created all technology.

In sociology, in love, in the depths of man the dialectic functions just as invariably. A man who had a ten-year-old son left him with the boy’s mother, and married a beauty. The child began to miss his father, and patiently, clumsily hanged himself. A gram of enjoyment at one end was counterbalanced by a tonne of grave soil at the other. The father removed the rope from the child’s neck and soon followed in his wake, into the grave. He wanted to revel in the innocent beauty, he wanted to bear his love not as a duty shared with one woman, but as a pleasure. Do not revel—or die.

Some naive people might object: the present crisis of production refutes such a point of view. Nothing refutes it. Imagine the highly complex armature of society in contemporary imperialism and fascism, giving off starvation and destruction for mankind in those parts, and it becomes clear at what cost the increase in productive forces was attained. Self-destruction in fascism and war between states are both losses of high-level production and vengeance for it. The tragic knot is cut without being resolved. The result is not even a tragedy in a classical sense. A world without the ussr would undoubtedly destroy itself of its own accord within the course of the next century.

The tragedy of man, armed with machinery and a heart, and with the dialectic of nature, must be resolved in our country by means of socialism. But it must be understood that this is a very serious task. The ancient life on the ‘surface’ of nature could still obtain what it needed from the waste and excretions of elemental forces and substances. But we are making our way inside the world, and in response it is pressing down upon us with equivalent force.