THE EUROPEAN UNION IS DEAD—How can we get rid of the corpse? How can we restart the process of creation of the union?

As the rapidly developing situation in Europe brings the question of its political union to the fore, Franco 'Bifo' Berardi argues that the European Union is beyond reform, and that its overthrow will either come from reactionary nationalists or a new European reunification based on radically different principles- "Is this doable, is this imaginable?". 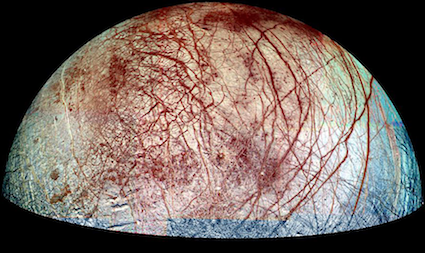 “While our colleagues, friends and comrades in Southern Europe continue to rebel against the depletion and impoverishment policies of the Troika, the ECB moves into its new palace,” the FF Blockupy website says. “Blockupy moves on to the road. We will make our own move to the new building and give back to the ECB the garbage – in and with many moving boxes – that should have been thrown into the dustbin of history: racist and sexist division, impoverishment, privatization of public funds and goods and wars to secure resources.”

During the last month, after the victory of Syriza we have been finally obliged to understand the meaning, the nature and the destiny of the European Union.

Aggression against society, predation of social resources, this is the meaning of the Union. Obliteration of democracy is the nature, systemic collapse and civil war the destiny. On March 18th in Frankfurt a demonstration will take place to celebrate the inauguration of the new building of the European Central Bank, the cost of which is 1.3 billion Euros.

Until one month ago my opinion was based on a principle: reclaiming national sovereignty is a reactionary act that opens the way to nationalism. The interesting mission is the transformation of the Union.  In an article published by transversal.at, Toni Negri and Raul Sanchez Sedillo correctly describe the deceitful nature of the debt:

The Europe of the Troika wants to make the European multitudes pay the debt, and the ability to pay this debt becomes the yardstick of democracy and the degree of Europeanism. But all those who are moving in a democratic front think, on the contrary, that this yardstick is insulting because the debts charged to the people today were in fact incurred by those who governed over the years. These debts have fattened the ruling classes, not only through corruption, tax evasion or fiscal favors, insane arms expenditures and industrial policies that do not benefit labor, but moreover by subjecting it to the logic of financial rent and imposing precarity and suffocating uncertainty on forms of life.

Then they critique the sovereignty nostalgia:

We must be clear on this point: each of the countries that has entered the Union, and even more so those that have entered the Euro, no longer have full sovereignty. And this is good, for it was behind national sovereignty that each and every one of the tragedies of modernity unfurled.

It is impossible to imagine a political battle more essential than that leading towards democratic control of the European currency. This is the storming of the Bastille today.

Beside the rhetorical sound of this “democratic control” this last sentence means nothing. The only democratic control of the European currency is insolvency. Insolvency is something that belongs to the movement, and movement is nowhere in Europe today. Syriza is trying to be a substitute of the movement, and a trigger of movement, and is trying to use insolvency as a means for survival. After an exhausting negotiation in which the vote of Greek citizens has been systematically humiliated, the Greek government has been forced to renounce a large part of the much needed reforms, particularly the restitution of social resources.

This month of negotiation (marked by arrogance, racism and contempt for the will of Greek people) has been useful to understand what the European Union really is. Now the question concerning the transfer of sovereignty appears in a new light.

To whom the national states are supposed to transfer sovereignty?

And also: is the subject of transfer really the national state?

The Union is not an undefined form that can be shaped by democratic action. It is an intergovernmental commission whose only function - perfectly defined - is enforcing a meticulous regulation finalised to the reduction of resources destined to society and to the subjugation and precarization of work.

Until February 20th one could have doubts about this function of the Union, but after that day the mathematical dictatorship became unequivocal.

After the blackmail obliged the Greek government to recede to some extent, the danger is that nationalism becomes the only way out from a Union that looks more and more like a prison for the simple reason that it actually is a prison.  The expression “no exit from the Euro” once upon a time sounded as a reassurance for those who could not pay the debt. Now it sounds to the contrary: even if you are dying the financial Europe will not stop sucking your blood.

At this point the expression “transfer of sovereignty” is a swindle. It is not the national state that is devolving sovereignty to the Union. When it comes to the Euro-Russian war the French President and the German Kanzlerin are directly negotiating with Putin, and transfer of sovereignty is out of the question. National states are not surrendering their power in the field of repression and war. The Union is only interested in one single thing: enforcing the rule that transfers resources from society to the bank system, and subjugates work.

Therefore it is meaningless to expect a reform or a democratisation of the Union, or a mere lessening of the austerity.

Does that mean that we should hope for a comeback of national sovereignty? This would be a catastrophic solution for society, and it would open the way to an authoritarian evolution.

Nevertheless this will happen as an effect of the financial strangling. This is the necessary consequence of the spreading of reciprocal distrust.

Two possibilities are now open: either the end of the Union will be proclaimed by nationalists, and the next step will be civil war. Or a European movement proclaims that the experience of the Union is over, and starts to reset the process of unification starting from some questions:

An international conference concerning the debt

An international conference concerning migration and the enhancement of the borders of the Union.

Is this doable, is this imaginable?

Such a prospect demands historical vision and political courage, and at the moment both are missing, as far as I know.

Some days ago Tsipras said “we have been left alone.”

It’s true. European society has been unable and unwilling to express solidarity  with the Greek people, except the huge demonstration of Madrid.

Italian society and culture are dead.

French culture and society are lost in a tunnel of identitarian silliness well interpreted by the Front National.

Germans seem unable to perceive the anti-German hatred growing everywhere in the continent, and German conformism is frightening.