So long, see you #FutureLater 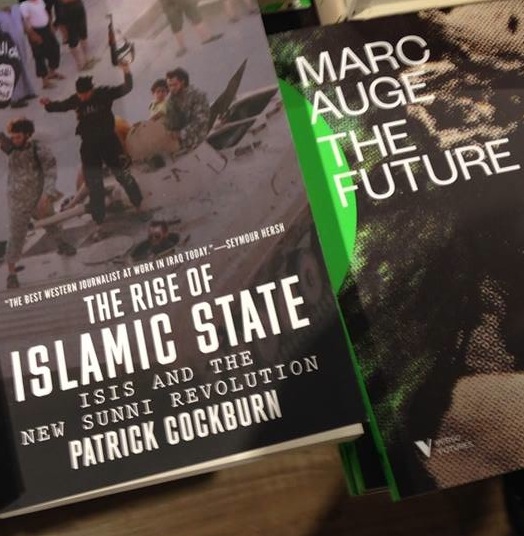 So that's it for me here, celebrating the Verso Futures book series. Check out the first batch of books, over there -> on the right. I leave you with this personal reflection on my own intellectual formation and what might be retreived from it for thinking the times in which we are now enmeshed. Let's just hope the photo above is not a prophesy!
-- Cheers, McKenzie Wark

What might a Marx for the twenty-first century, a #Marx21c, look like? Perhaps as different to that of the nineteenth century as this era is from that one. These are some personal, impressionistic reflections on what that might look like.

The Marxism that I know is part of my life through four kinds of experience: the party, the popular front, the avant-gardes and the university. Each offered its own possibilities and limits for Marxist thought and practice.

My apprenticeship was the period from the late ‘70s through to the ‘90s. It was a time of modifiers. The existing language for describing the situation accreted a layer of suffixes and adjectives, but the language itself didn’t change. The situation waspostmodern, or postfordist, or it was late capitalism, and a bit later it would become neoliberal.