Letters to Palestine: Editor Vijay Prashad speaks to IMEU about the growing solidarity with Palestine in the US

Letters to Palestine (out April 14) traces the swelling American recognition of Palestinian suffering, struggle, and hope, bringing together some of the most noted writers, artists, scholars, and activists of our time as they write to and for Palestine. Junot Díaz, Teju Cole, Ben Ehrenreich, and Mumia Abu-Jamal join Palestinian American activists such as Huwaida Arraf, Noura Erakat, and Remi Kanazi in giving voice to feelings of empathy, solidarity, and anger in intimate letters, beautiful essays, and furious poems. 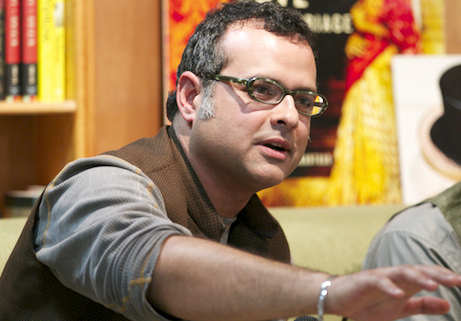 Editor Vijay Prashad recently spoke to the Institute for Middle East Understanding about putting the collection together and what he hopes it will accomplish. Prashad is the George and Martha Kellner Chair in South Asian History at Trinity College, and the author of 17 books.


On the impetus for the collection:

When the summer 2014 assault on Gaza happened, I felt a shift in American attitudes toward Israel. Though that's not to say this change is a one way street -- there are different groups moving in different directions. But when The Washington Post published my op-ed on BDS, for example, to me, that was amazing. But still, there's a level of normalcy to the brutalization of Gaza which has affected me badly, and this books comes out of that personal history. There's a different set of issues in the West Bank, of course, but the specific brutalization of Gaza is really disturbing.

Gaza faces two kinds of brutalization: The first is endless captivity. The second is punctuated, spectacular episodes of violence. Whether its Cast Lead or Pillar of Defense or whatever they want to call it, these assaults come like clockwork. After Cast Lead I was impressed by the way the UN bureaucrats quickly tried to mobilize accountability, but then the Goldstone Report was basically deep-sixed. When the most recent siege ended, I was really shocked by the open displays of despair by UN officials. It was very powerful when Chris Gunness cried on camera, and the new head of UNRWA made some incredible statements. But I knew immediately that there was never going to be any accountability -- because of this periodic nature of punctuated violence, it becomes normal.

So I thought that at the very least, I could gather some well-known American writers and let them bear witness. It's really a more like a vigil. We've been saying don't bomb Gaza; that's nothing new. It's more that we have American writers of a certain generation coming of age, and standing together against this occupation.

The Institute for Middle East Understanding (IMEU) is an independent non-profit organization that provides journalists with quick access to information about Palestine and the Palestinians, as well as expert sources, both in the United States and in the Middle East. Both through its website and its staff, the IMEU works with journalists to increase the public's understanding about the socio-economic, political and cultural aspects of Palestine, Palestinians and Palestinian Americans.

More on the IMEU here.