40% off EVERYTHING!
about 1 month left
James Meek
comments

"Who will protect, provide, shelter, build?" - James Meek on the questions that should be at the heart of the election, but are not being asked

For a century, left and right in Britain believed in universal access to education, health and housing. The Thatcher era changed everything. As the political parties battle it out, is there any alternative to the privatisation, breakup and foreign takeover of vital services? James Meek, author of Orwell Prize shortlisted book Private Island: Why Britain Now Belongs to Someone Else, answers these questions for the Guardian. 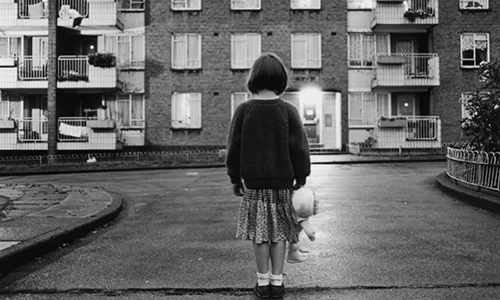 It was Margaret Thatcher who destroyed the idea of council housing. Photograph: Leon Morris/Getty Images

Although the British state has taken on many of the old functions of the religious establishment – it makes rules on sexuality, morality, gender, reproduction, marriage, children, free expression and diet, and is chief patron of the arts and sciences – it is the universal networks that the state is most closely identified with. Transport, energy, welfare, education, health: the list pretty much corresponds to the list of portfolios in your typical modern-day government.

But after 1979, Margaret Thatcher and her allies called time on the century of universal networks. By destroying the council housing network at the very moment it became universal – when there was a house for pretty much everyone who needed one – the Thatcherites signalled their disdain for the notion of a British community of mutual benefit that might be made both patriotic and modern. The seemingly absurd Thatcherite proposition that you could be a 20th-century British patriot in a society designed as if we still lived in the 18th-century world of Adam Smith, when the only universal networks were the same as in medieval times – defence, the justice system and the production of currency – has been mainstream doctrine for the major parties ever since.

The privatisation, disaggregation and foreign takeover of Britain’s universal networks since Thatcher has enabled the great lie of the post-Thatcher era, that tax has fallen, when in reality the tax burden has simply been shifted from progressive taxes on income, where the wealthy pay more, to the flat fees for private universal networks such as water, energy and transport, where the poorer pay more. The original principle of universal networks – that society as a whole would provide a service for everyone, through a levy proportionate to each citizen’s means – has been turned on its head. Where once the well-off paid the lion’s share of building the nation’s sewers and schools and council houses, now it is the less well-off who bear proportionately the greater burden of funding wind farms, new nuclear power stations, broadband coverage in the countryside or London’s gold-plated new super-sewer.

Privatise the universal networks – or, in the case of health and education, reconfigure them into a set of autonomous fragments with commercial incentives to oligopolise and chainify – and what remains of government? What is government for? Does it protect, provide, shelter, guide, build? If not, what is a “nation”? These questions should be at the heart of the election campaign. They are not being asked. The half-dozen parties competing for our votes spend their time talking about what government should do. They do not talk about what government should be.

The two main parties have different mythologies about how the universal networks came into being. Labour focuses on the creation of the welfare state in the 1940s; Conservatives on the private investors who built the original railways, the early power stations and waterworks, and on charitable hospitals and housing trusts. For Labour, the universality of networks, won by trade unions, strikes, demonstrations and bitter campaigns, was a matter of social justice. For the more enlightened Conservatives and old-style Liberals who bought into it, universality was a matter of efficiency and productivity – healthier workers, literate workers, workers who had electric light, made for better business. “I would ask the political economist who may be disposed to scan this kind of legislation too closely,” said Cross in 1874, “to remember that there is a maxim which is as true of nations as of individuals – that health is actually wealth.” 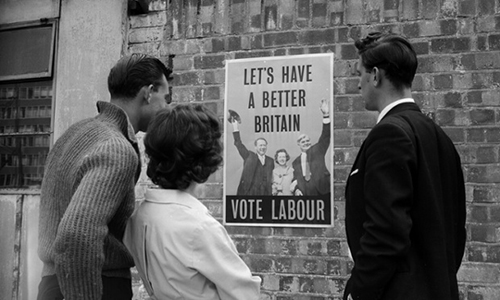 For sure, the British left has traditionally despised its old Tory and Liberal foes for applying the money measure to the welfare of the common man; for sure, the British right has traditionally ridiculed the left for not doing so. But when we look back now at the century of universal networks, the outstanding feature is not the discord, but the result – the harnessing of the resources of businesses and the better-off to light the streets for everyone, educate everyone’s children, heal the sick from every family, get water and power to every home and link every community by roads and railways, to everyone’s benefit, including businesses and the better-off. Whether you call that a victory for social justice, or the prudent investment of a national community, seems beside the point: it happened, and prosperity was spread around.

The changing status of internet access is a good example of how a universal network comes about. Access to the internet for regular citizens began as a gimmick and a curiosity that was also, in some sense, a luxury. It then became a useful luxury; transitioned to being simply useful; made the move to being popular; eventually became embarrassing to be without; then difficult to be without. Finally, it has become essential, in the sense that everyone is assumed to have it. If you’re unemployed in Britain today, for instance, you won’t get welfare payments unless you can show you’re applying for seven jobs a day. The only way to do this is online.

The internet began as a government project. Non-specialist access to the internet then grew through private companies. Yet once a private, optional network makes the jump to being a universal network, it ceases to be possible for it to belong exclusively to that free-market world. Once society deems that all its members must have constant access to a network, political pressure increases in the drive to make that happen. We can see this, for example, in the way the fervently pro-market British government has leaned on mobile phone companies to pool their competing private networks to provide better coverage, or, in the US, in President Obama’s successful push to have broadband access officially designated as a utility.

Delve into the columns of the 19th-century local press, as I did in Cheltenham when I explored the background to the 2004 collapse of Gloucestershire’s water network, and you see a similar process take place with water. First came a state, or public, initiative – in this case, by municipal authorities – to set up a private company to provide water to clean the city streets. Once established, the private water company expanded and offered new services: running water, toilets. The take-up followed the same sequence as with internet access – first water was a gimmicky luxury, then a useful luxury, then just useful, then popular. At this point, political pressure began to build on the water company to become universal – to extend its service to parts of Cheltenham that couldn’t afford it. In the end, after a long struggle, the running water network in Cheltenham did become universal, when enough people realised that making it available to everyone was not simply an act of charity but a means to enrich society as a whole, to the benefit of all.

The first universal network was security: the defence of the realm. It was also, because it transcended family and clan interests and involved defining what the realm was, the starting point of the modern state. It is no coincidence that two countries whose armies suffered devastating failures in 2014, Iraq and Ukraine, are among the countries that have been exposed most fiercely to the bad mentoring of outside agents promoting free-market solutions to problems that could only have been solved by the state-led reconstruction of universal networks.

Britain has done a lot of charging around the world, advising the governments of countries with less developed networks than our own what to do, with a heavy emphasis on privatisation. Perhaps we could serve the world, and ourselves, better by being a better model; by acknowledging the complex interplay of public and private initiatives, of new ideas and technologies, that created the universal networks in our own country; by finding something good to say about redistributive taxation; and by ceasing to take the failings of our governments as grounds to denigrate the very idea of government.

I will be voting Labour. Their freeze on energy bills, their ending of the insanity where state companies from continental Europe can run British trains but a British state company can’t, and their abolition of the bedroom tax and the non-domicile tax loophole are blunt instruments and small. There have been times in the past year when I have heard people ask, apropos of overturning the Tory-Labour hegemony by voting for an insurgent party, “How could things get any worse?” Without denigrating their understandable hostility to the political establishment, it seems a strange question. Not long before the 1875 Public Health Act, cholera claimed 6,600 lives. Cholera; that would be worse. Thousands of migrants are drowning in the Mediterranean or dying in the Sahara trying to reach Europe. Living in a country so corrupt and broken you would risk death to get away from it; that would be worse. Much could be worse. We owe it to our ancestral reformers, and to the next wave of migrants wondering how their countries might be reformed, and to ourselves, to show that things could get better, too.

- this is an article that James Meek wrote for the Guardian. You can read it in full,  here.

James Meek is the author of Private Island: Why Britain Now Belongs to Someone Else, currently 50% off as part of our UK Election reading list (until 8th May). See the full reading list and sale here.

"Political leaders within the 1% promise to reduce inequality just before they gain power, but then increase it" - an extract from Danny Dorling's
Inequality and the 1%