The Israeli group Breaking the Silence recently released a report comprising 111 testimonies from soldiers who fought in Operation Protective Edge, last year's brutal assault on Gaza that resulted in over 2000 deaths and displaced half a million Gazans. 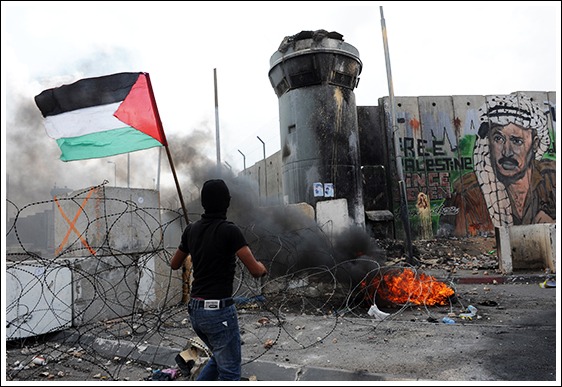 Neve Gordon, contributor to The Case for Sanctions Against Israel (Verso 2012), broke down the IDF's tactics in an essay for the LRB, highlighting the army's lack of concern for civilan life and consistent use of destruction as deterrence.

Gordon begins with a leaflet dropped by an Israeli plane in the northern Gaza Strip, containing evacuation orders ahead of what the IDF terms "forceful and assertive air operations against terrorist elements." The leaflet is blown six miles away from its intended location, and picked up by an Israeli woman in Kibbutz Dorot.

Gordon systematically moves through the testimonies, highlighting the inadequacy of the warning systems in place as well as the command structure's absolute disregard for civilian life. "One thing is immediately clear from the interviews," Gordon writes. "The IDF’s working assumption was that once the leaflets were dropped, anyone who refused to move was a legitimate target."

Gordon also unpacks the development of the Israeli military doctrine of zero risk that places the safety of Israeli civilians first, followed by Israeli soldiers, with "enemy" civilians placing last.

In a haunting final quote, one of the soldiers interviewed compares the view of Gaza after the assault to the destruction of Warsaw after World War II.

Q: And when you went back in [after the air strikes], what did you see of that neighbourhood?

A: Nothing. Absolutely nothing. Nothing. Like the opening scene in The Pianist. There's that famous photo that they always show on trips to Poland that shows Warsaw before the war and Warsaw after the Second World War. The photo shows the heart of Warsaw and it's this classy European city, and then they show it at the end of the war. They show the exact same neighbourhood, only it has just one house left standing, and the rest is just ruins. That's what it looked like.

Read the article in full here.

The Case for Sanctions Against Israel is available here.

Letters to Palestine: Writers Respond to War and Occupation is available here.