Every spring in New York City Left Forum assembles the largest North American gathering of the US and international Left.

This year, Verso is sponsoring "Publishing The Complete Works of Rosa Luxemburg—in English and Chinese" which will bring international minds together to dicuss recently discovered manuscripts and writings of Rosa Luxemburg, translated for the first time in English and Chinese. Join us for this fascinating panel which will cross cultures and languages, and meet firmly back on the Left. 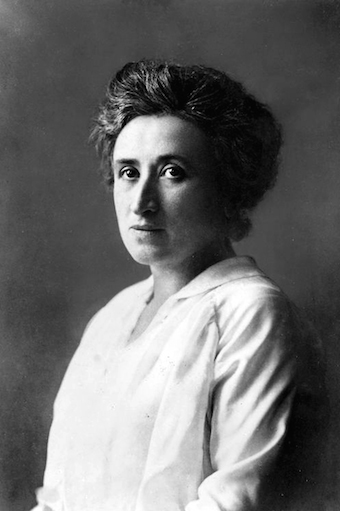 Rosa Luxemburg is widely heralded as one of the most important thinkers in the radical tradition because of her theory of revolutionary spontaneity, critique of organizational centralization, affirmation of the inseparability of socialism and democracy, and her prescient analyses of capitalism’s incessant drive for self-expansion and imperialist domination.  Access to the depth and breadth of her contribution, however, has been limited by the fact that more than 70% of her writings have never been translated into English. Far less is available in China, where interest in her work has grown in recent years. This panel will discuss newly-discovered manuscripts and writings of Luxemburg that have recently come to light, as well as other aspects of her work, that are only now being made available in Verso Books planned 14-volume The Complete Works of Rosa Luxemburg as well as a corresponding effort to produce her Complete Works in Chinese.